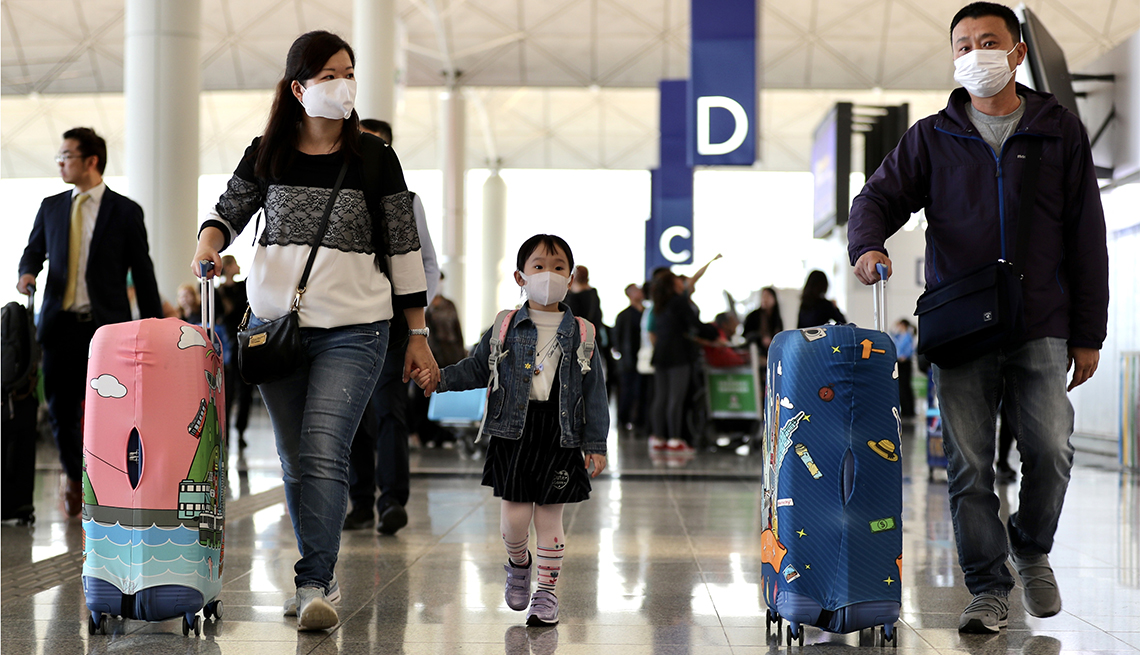 En español | A woman in Chicago who recently returned from a visit to Wuhan, China, is the second U.S. patient to test positive for the coronavirus that has killed at least 26 and sickened hundreds in Asia. The Centers for Disease Control and Prevention (CDC) said Friday it expects more cases in the U.S.

The woman, in her 60s, is hospitalized in Chicago. The first patient is a Washington state man who’d also been to Wuhan, the outbreak’s epicenter in central China’s Hubei Province.

Physician Nancy Messonnier, director of the CDC’s National Center for Immunization and Respiratory Diseases, said at a news briefing Friday that while the immediate risk to the American public remains low, “it’s a rapidly changing situation.”

The World Health Organization (WHO) convened this week to decide whether to declare this outbreak a global health emergency and decided it was “too early” to do so. Meanwhile, the U.S. began funneling all travelers arriving from Wuhan into five major international airports for screening: San Francisco, Atlanta, Los Angeles, Chicago and New York’s John F. Kennedy. But “the circumstances have clearly changed,” said internist and infectious disease specialist Martin Cetron, director of the CDC’s Division of Global Migration and Quarantine.

Chinese officials in Wuhan and a growing number of surrounding cities have implemented strict travel bans. (Officials in China are especially concerned with Saturday’s start of the Chinese New Year holiday, a busy time for travel throughout the country.) And, considering that both of the people who have tested positive for the virus in the U.S. were asymptomatic when they arrived, Cetron added, “we are reevaluating our approach.”

More than 2,000 passengers on about 200 incoming flights have been screened, with no new cases identified.

The Chicago woman arrived in the U.S. from China on Jan. 13 with no symptoms of illness, officials said. When she later became sick, she contacted her doctor, who referred her to a hospital with proper infection control capabilities, according to Allison Arwady, commissioner of Chicago’s Department of Public Health — adding that this is the appropriate protocol for anyone who suspects they may have the virus. Arwady said that “since returning from China [the patient has] had limited movement,” which is “very reassuring.” The woman is doing well, in stable condition, and remains hospitalized primarily for infection control, she said.

Coronaviruses, named for the ring around the virus that looks like the corona of a sun, typically cause mild cold-like symptoms, such as sore throat and fever, that resolve without treatment. But they can also result in severe respiratory illnesses like pneumonia and bronchitis, particularly among older adults and those with weakened immune systems or underlying health conditions. One type of coronavirus was responsible for severe acute respiratory syndrome, or SARS, which caused a 2003 outbreak that infected an estimated 8,000 people worldwide, killing almost 800.

CDC and WHO officials are still working to determine how easily this particular coronavirus spreads between people. One concern is whether it is capable of “sustained” human-to-human transmission — the way the flu virus spreads, for example. That would pose a more serious public health concern than a virus that dies out after affecting a cluster of people in close proximity to one another.

“Older adults with underlying health conditions may be at increased risk for severe disease.”

These viruses are most commonly transmitted through the air by coughing and sneezing, close personal contact such as shaking hands, or touching a contaminated object or surface and then your eyes, nose or mouth with unwashed hands. Preventive measures such as thorough handwashing and avoiding contact with people who are sick may help reduce the risk of infection, according to the CDC.

At a Tuesday briefing about the virus — known as 2019-nCoV — Messonnier said, “preliminary information suggests that older adults with underlying health conditions may be at increased risk for severe disease.”

There is no need for alarm yet, however, says infectious disease specialist Michael G. Ison, a professor at Northwestern University’s Feinberg School of Medicine: “Unless an older person has been in Wuhan or in contact with someone who’s been in Wuhan, their risk for acquiring the infection currently is very low.” Ison adds that people who live in the U.S. are far more likely to get the flu, so he advises anyone who hasn’t been vaccinated to get the flu shot (it’s not too late).