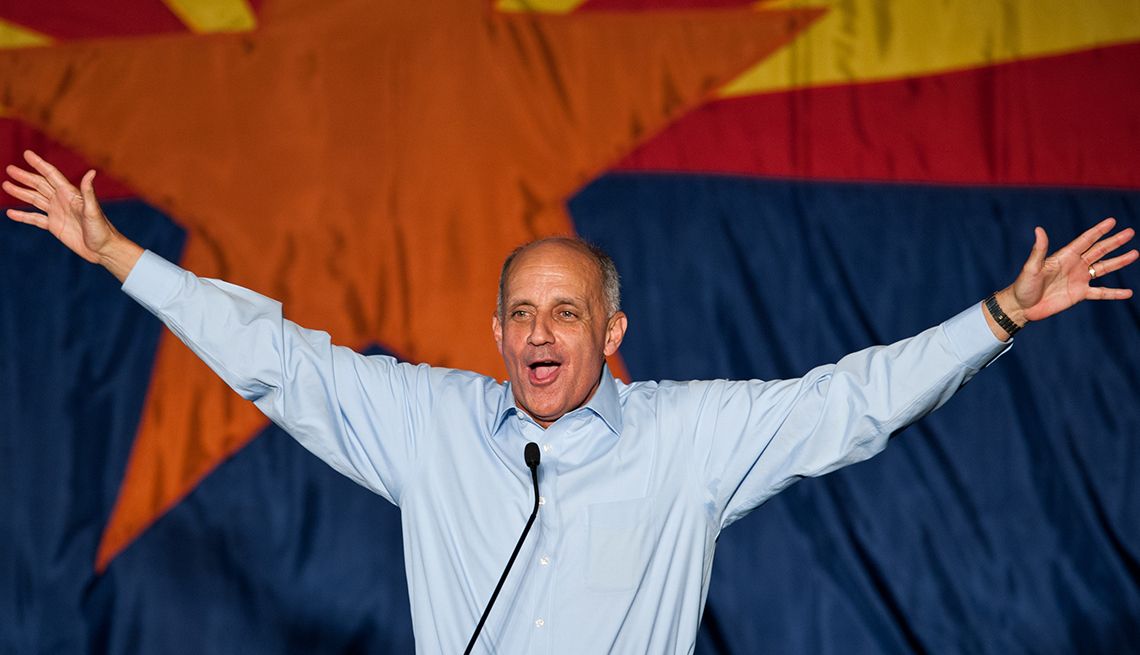 En español | As a kid growing up in Harlem with Abuelita, I learned everything I would later need to lead the U.S. Public Health Service. I was the oldest of her grandchildren, and Abuelita probably taught me more about community service than anybody. She always made sure no one needed anything, but we lived at the margin, were characterized as “ghetto,” growing up in “the hood.” All of those adjectives associated with what we today call the social determinants of health.

This wasn't a theoretical discussion about poverty. I know what it's like to go to bed hungry, what it's like not to have access to health care, not to get your vaccinations on time — or to go to bed with a toothache because you can't afford a dentist.

Abuelita was only 5 feet tall, maybe 90 pounds, soaking wet. No matter how poor, she always carried herself like a queen but very approachable. She was one of these matriarchs in the community. Even though she had meager resources, there were always people in her little apartment whom I didn’t know. These were new immigrants whom she would cook for, sew for, give a little money to. So, what I really saw was a community activist before it was politically correct. Through her actions, more than words, she taught me the responsibility of helping others. She was the one who hammered into me to be proud of who you are, to know your ancestry.

That’s why she insisted we speak with her in Spanish. She said if you want to eat, you need to ask in Spanish — so Abuelita and I spoke a lot. So that’s the Spanish I learned. I can say, "I'm hungry. I want to eat." "Where are we going?" "Where's the store?" In all the jobs I've had over the years — from being a soldier to a professor to a surgeon — when people ask me to give a TV interview in Spanish about some complex health issue, I have to say, “Look, I can speak abuelita Spanish, but I don't speak scientific Spanish.” Sometimes I would act as a translator for Abuelita. She rarely went to the doctor because she practiced what we today call complementary, or alternative, medicine, which is really mainstream because so many people use it. But when she did go to the doctor, she would bring me along. I now see the barriers that occur because, how likely is it that if she had a personal problem, she would tell me to tell the doctor or the nurse? So certain things didn't get translated, but I guess I became a kind of security blanket for her in navigating a world in which she was not quite comfortable and did not know the language.

So I try to keep it in perspective. I'm just one generation away from grandparents who had no formal education. Abuelita could barely read a newspaper. My parents had a high school education, but my father never finished high school. I dropped out of high school, too, but here I am now, a physician with multiple graduate degrees. It's not just me — I’m saying this exemplifies the opportunity that the United States affords. I’m not saying it’s easy. “You know we’re going through tough times,” Abuelita would say. “But don't give up. You can do this. Sí se puede.”

—As told to Carlos J. Queirós

Of Puerto Rican descent, Richard Carmona was born and raised in New York City. He served as the 17th surgeon general of the United States, from 2002 to 2006; during his tenure he released a landmark report on the health effects of secondhand smoke and was pivotal in the adoption of indoor-smoking bans. He has been a paratrooper, special forces medic, paramedic, registered nurse, physician and police officer. In 2012, Carmona was the Democratic nominee in Arizona for the U.S. Senate. Among his many awards are the Bronze Star and Purple Heart, for his service in Vietnam. He is the Distinguished Professor of Public Health at the University of Arizona and the president of the nonprofit Canyon Ranch Institute, where he advocates for empowering people by getting them to embrace healthy lifestyles.