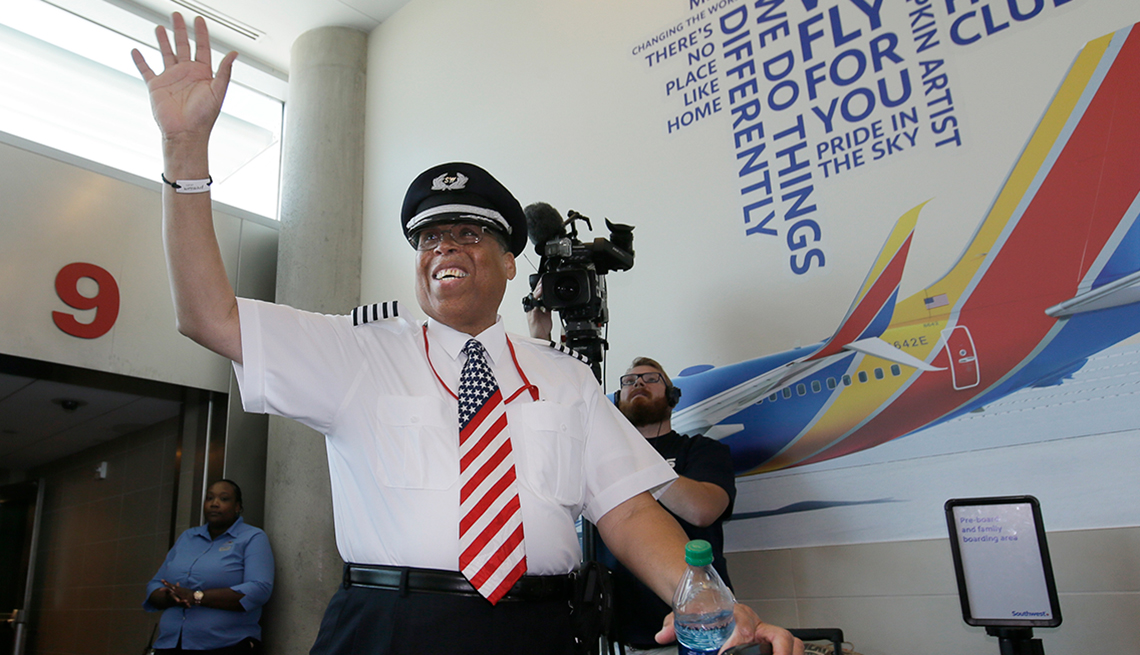 When 25-year-old Louis Freeman started as a pilot for Southwest Airlines in 1980, he didn’t know he was the first black pilot hired by the airline (he later became the first black chief pilot at a major American airline). But it didn’t take him long to figure it out: There simply were no other persons of color in the company’s airplane cockpits.

Last week, Freeman retired after 36 years with Southwest, a career that has encompassed his rise to management and the honor of flying the body of civil rights pioneer Rosa Parks from Detroit to her funeral in Montgomery, Ala. For his last flight, he got the traditional pilot send-off: steering his plane to its gate through a water cannon arch at Dallas’ Love Field Airport. Five pilots, of the many he has mentored over the years, were among those waiting at the gate to greet him.

“I strive to mentor all pilots… I let it be known I am just a phone call away, any day and any hour,” Freeman told the Huffington Post. “I love to talk, and I love to help others problem solve... Some of the young pilots presented me a poster calling me 'the Godfather.'"

Even today, only 3 percent of airline pilots are black, according to the U.S. Labor Department, even though African Americans account for 13 percent of the U.S. population. Freeman said the paucity of black pilots has to do with the expense of training and the requirement of 1,500 hours of flight experience. He hopes the number will increase. “It used to be 1 percent,” he told the Washington Post. “It has increased, but it’s been awfully slow.”

As Freeman was leaving the gate after his last flight, 10-year-old Christopher Goods, of Frisco, Texas, walked up and asked to shake his hand. Freeman obliged.

“That kind of thing happens all the time,” he said a moment later, “because young black kids, they don’t see black pilots very often.”