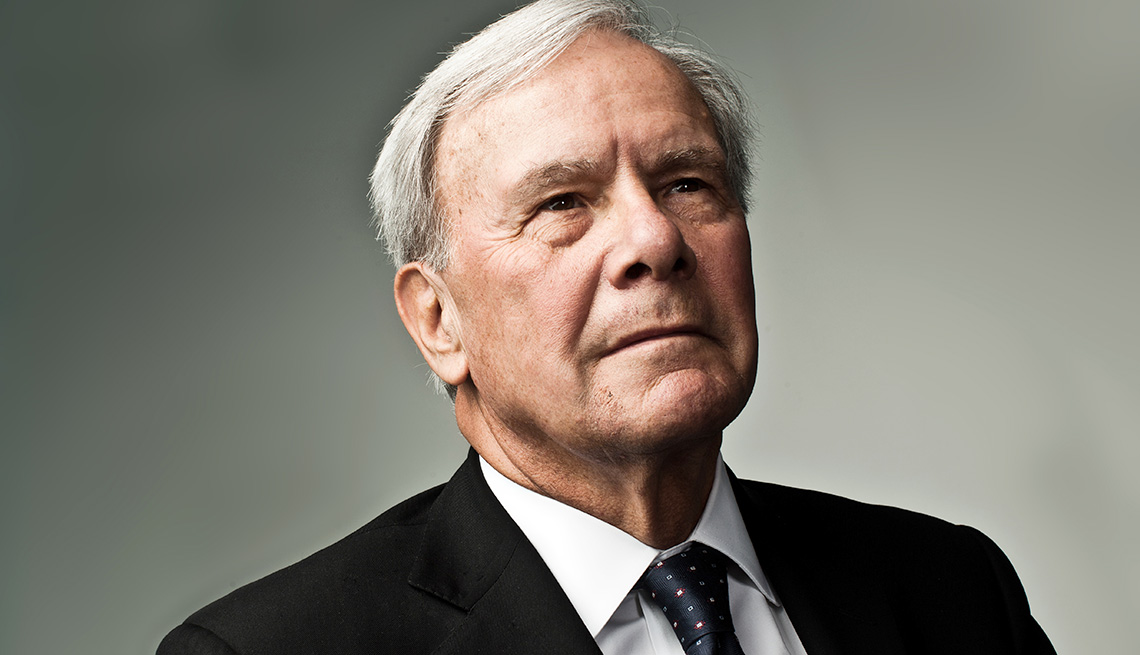 For 22 years, we welcomed Tom Brokaw into our homes as the anchor of NBC's Nightly News. On Sept. 21, he's being welcomed by the Smithsonian, where he'll receive the "Great Americans" medal, given by the National Museum of American History to those that "embody American ideals." He'll be the third distinguished American to receive the medal, following former Secretary of State Madeleine Albright and retired four-star general Colin Powell, who were both awarded the honor in 2016.

“Tom Brokaw is a distinguished journalist and author whose reporting has helped Americans understand not only current events but also a perspective on history,” said John Gray, director of the museum. “His dedication to freedom of the press and his work covering the White House, the fall of the Berlin Wall, the attacks and aftermath of Sept. 11 and his telling the stories of World War II all make Brokaw an outstanding representative of American democracy in action.”

After the ceremony Brokaw will donate to the national collections some personal mementos acquired during his five-decade journalism career, including a West Point presentation saber and two pieces of the Berlin Wall, which he obtained on arguably his most famous assignment. On the night of Nov. 9, 1989, Brokaw was the only American news anchor to report from the wall as thousands of East Berliners began to make their way across the border to the West.

"I never anticipated that it would become one of the great stories of my lifetime, that the wall would come down," Brokaw said in 2014 during a 25-year anniversary look back.

The journalist will be adding the medal from the Smithsonian to a rather esteemed collection: In  2014, President Barack Obama awarded him the Presidential Medal of Freedom, the highest civilian honor given to those who made “meritorious contribution to the security or national interests of the United States, world peace, cultural or other significant public or private endeavors.” And in 2016, he was awarded the Legion of Honor by the French government for his "extensive reporting on World War II."

Brokaw stepped away from Nightly News in 2004, but has not retired as a journalist, despite facing multiple myeloma, which he was diagnosed with in 2013 and fought for over a year before announcing the cancer had gone into remission. He continues to work as a Special News Correspondent for MSNBC and still comments on the news of the day — only now, instead of facing the cameras behind the news desk, he tweets his thoughts to his over 292,000 followers.