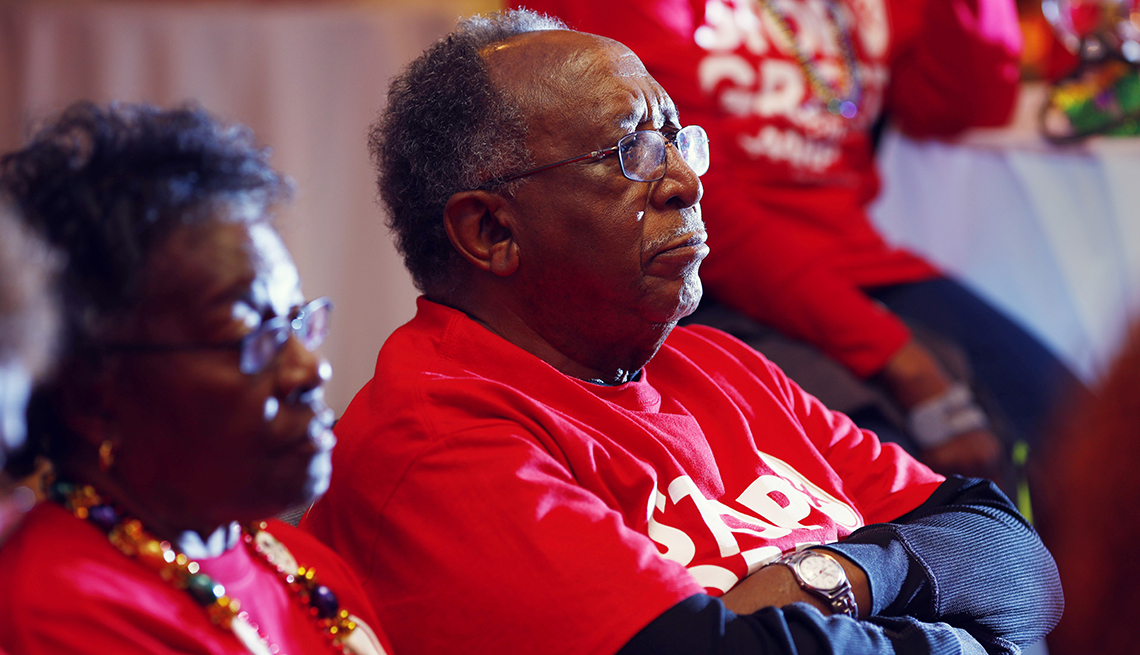 "There's a way to get your point across without cutting someone down,” said Butler, 63, who joined about 60 South Carolina AARP members in Charleston Tuesday night to watch the 10th Democratic debate. “I expect to see a little more professionalism” from people who want to be president, she added.

"This is crazy,” said Joy Trammell, 59, of Aiken, who said she thinks events like this will turn people off from voting. “People aren't going to know who to vote for with all this bickering back and forth."

Tuesday's debate was the last before South Carolina's primary on Saturday and before voters in 14 states will express their preferences among the Democratic candidates on Tuesday.

'Talk about the issues'

Hank Povinelli, a 72-year-old retired IT security management officer and avowed “political junkie” who lives in Fort Mill, said the debate left him with more questions than answers because the bickering got in the way of fully exploring the issues: “I want them to talk about the issues."

"This is going to be the largest generation of elderly people at the same time. How are you going to manage our health?"

Though health care was a dominant topic at the first nine debates during this election season, the candidates barely touched on it Tuesday. Sanders repeated his support for a “Medicare for All” single-payer plan that would eliminate private insurance, while Klobuchar and Buttigieg questioned how he would pay for it. Both of them, as well as Bloomberg, Steyer and Biden, support expanding the Affordable Care Act through a government-run public option. Warren also supports a single-payer plan.

There was one question on rural health, with Klobuchar saying she would extend the Critical Access Hospital (CAH) designation to more services, including emergency rooms. CAH hospitals get more federal support to help increase the availability of medical services in rural areas.

Klobuchar also pointed to the impending shortage of health care workers. “We're going to have over 100,000 openings for nursing assistants,” she said, and she called for helping people who would fill those jobs by offering them loan paybacks and providing two-year degrees for free.

Sanders said that with his Medicare for All program “we will have health care for all people in all parts of this country."

Trammell, one of the AARP members at the watch party, said the debate didn't touch on many of the issues most important to older voters.

"What are they going to do to make sure the Social Security fund is going to be there for the people who paid into it?” she asked. “This is going to be the largest generation of elderly people at the same time. How are you going to manage our health?"

Butler, the retired social studies teacher, wanted to hear them talk about the soaring price of prescription drugs. “Now that I'm retired, my medication cost me more than when I was working,” she said. “That's backwards."