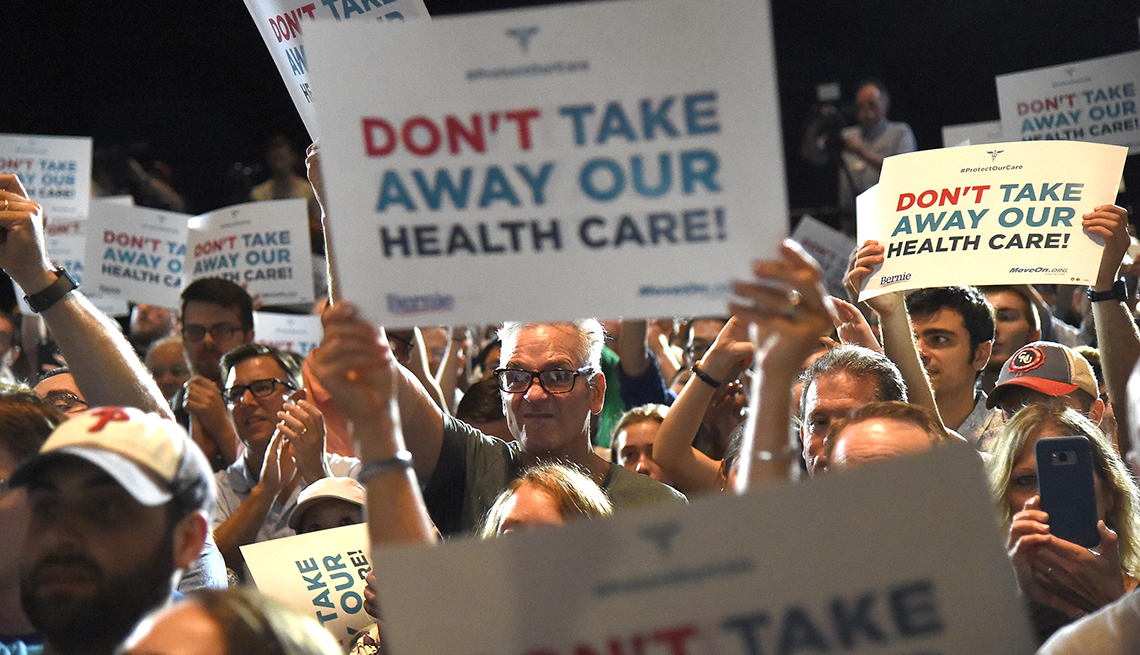 Health care and Social Security will be the top two issues on the minds of Pennsylvania voters over the age of 50 when they go to the polls on Nov. 6, according to a new Politico/AARP election poll.

The Pennsylvania survey is the fourth and final poll in a series that surveyed voters in battleground states about their views on key issues and races in this year’s midterm state and federal elections. AARP has partnered withPolitico to illustrate how important the 50-plus voter is in determining the composition of the U.S. Senate and House of Representatives as well as state offices across the country. The three previous polls, conducted in Arizona, Florida and Ohio, also showed that health care is a top issue in the minds of voters.

“If candidates want to win on Election Day, they must pay attention to the voices of the nation’s most powerful voting group: voters age 50 and up,” says Nancy LeaMond, AARP’s executive vice president and chief advocacy and engagement officer. “History shows older voters are a deciding factor in midterm elections and they have a lot on their minds this year. Candidates would be wise to listen to them.”

The survey asked 50-plus voters their views on a number of issues as well as on the political landscape in the Keystone State. Among all Pennsylvania registered voters, 52 percent disapprove of the job President Trump is doing, while 45 percent approve. Voters 50-plus view the president slightly more favorably, with 51 percent disapproving and 48 percent approving. When it comes to the issues voters care most about, survey respondents gave Congress failing grades. A strong majority disapprove of the way lawmakers are handling health care issues (66 percent), drug prices (67 percent) and Medicare (63 percent).

Pollsters asked Pennsylvania registered voters several questions about the affordability of health care. The Affordable Care Act (ACA) limited what insurance companies could charge people with preexisting conditions for their coverage. Older voters overwhelmingly (81 percent) say it would be unfair to make people with medical conditions pay more for their health care. And 90 percent say proposals that would allow insurers to charge people ages 50 and older up to five times more for health care would make insurance unaffordable for those who need it most.

More than a third (36 percent) of 50-plus voters also say that, because of cost, they have relied on home remedies or over-the-counter medicines instead of going to the doctor, and that same percentage has skipped dental care or checkups.

Pennsylvanians across parties and age groups overwhelmingly support allowing the Medicare program to negotiate directly with drug companies as a way to drive down prescription drug costs. Most 50-plus voters (86 percent) also believe limiting the amount drug companies can charge for their products would be the most effective way to lower drug costs.

Taxpayers will be able to deduct their health care expenses in 2018 if those expenses exceed 7.5 percent of their income as part of the new tax law. Pennsylvanians 50-plus (76 percent) support congressional legislation to preserve that deduction.

The majority of 50-plus voters (80 percent) also support a state measure that would provide a state income tax credit to family caregivers to help with the costs they incur to care for a family member. Such a measure also has nearly equal support (76 percent) among all Pennsylvania voters. State voters of all ages also believe that Pennsylvania lottery funds should be used both to pay for programs that help older residents remain in their homes and communities and for nursing home care.

Morning Consult surveyed 505 registered voters over the age of 50 online on Oct. 1 and 2. The poll has a margin of error of plus or minus 4 percentage points.