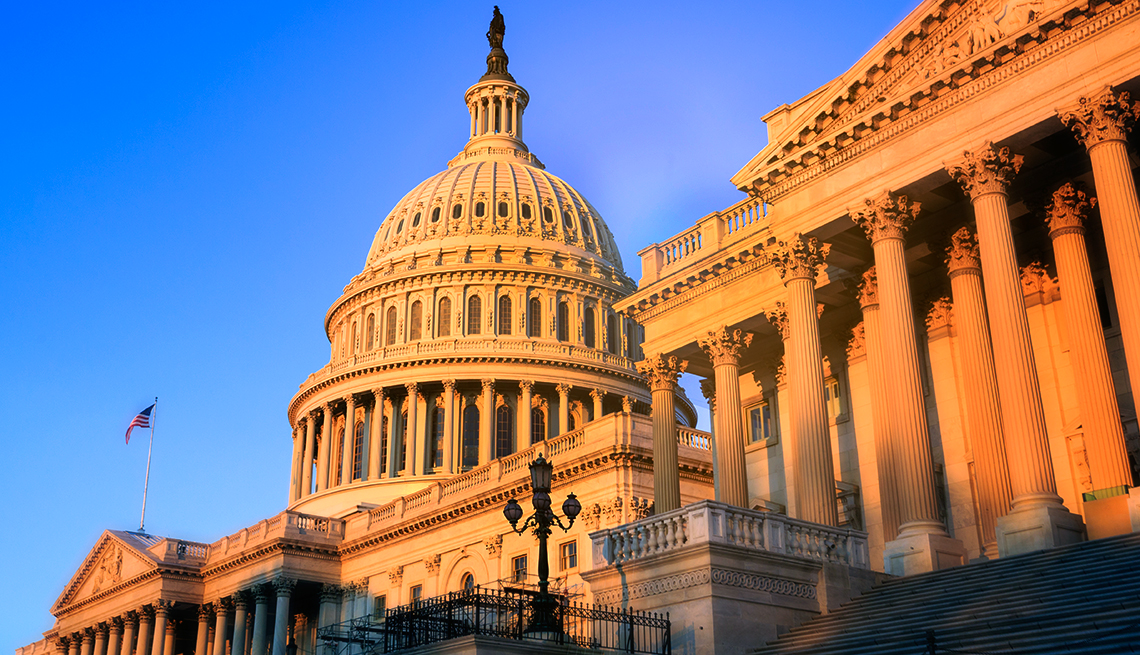 The agreement preserves an AARP-backed measure to keep the medical expense deduction, which is used by 6.3 million people with incomes below $75,000.

House and Senate Republicans ironed out the differences on their tax overhaul bills Friday, agreeing on a sweeping plan that provides a major tax cut for corporations but raises taxes and health care premiums for millions of older Americans. The legislation would also increase the nation’s deficit — putting Medicare and other programs that benefit the older population on the chopping block.

The compromise plan — expected to be approved by the House and Senate in the coming days and signed by President Trump before Christmas — permanently lowers the top corporate tax rate from 35 percent to 21 percent.  But individual rate cuts, including a reduction in the top tax rate from 39.6 percent to 37 percent, would expire in 2025.

Other tax brackets would change as well, and personal exemptions would be eliminated. But the legislation would nearly double standard deductions to $12,000 for individuals and $24,000 for married couples filing jointly.

The tax plan also maintains the extra standard deduction for those 65 and older, currently $1,250 for individuals, $1,550 for heads of households and $2,500 for couples who are both 65 and older.

The agreement does preserve an AARP-backed measure to keep the medical expense deduction, which is used by 6.3 million people with incomes below $75,000. Filers would be able to deduct medical expenses exceeding 7.5 percent of their income in 2017 and 2018. In 2019, the threshold would return to the current 10 percent level.

The plan retains a Senate proposal repealing the provision of the Affordable Care Act that requires most Americans to have health insurance — beginning in 2019. That would increase the number of people without insurance by about 13 million by 2027, according to the Congressional Budget Office (CBO). Lowering the pool of insured will increase premiums in the individual market by 10 percent in most years over the next decade, the CBO noted. Those 50 to 64 would face average premium increases in the individual market of up to $1,500 in 2019, an AARP Public Policy Institute analysis found.

The fallout of the plan would be even more pronounced on older Americans and the poor, as it puts Medicare, Medicaid and other safety net programs at risk. With an estimated cost of nearly $1.5 trillion in lost revenue over the next decade, the tax overhaul would trigger automatic spending cuts to key programs mandated by the 2010 “pay-as-you-go” law, including $25 billion to Medicare in 2018 alone. In a letter to House and Senate leaders earlier this month, AARP Chief Executive Officer Jo Ann Jenkins urged Congress to act swiftly to waive the PAYGO law, as it’s known, and prevent automatic cuts to Medicare.

The nonpartisan Joint Committee on Taxation hasn’t weighed in on the financial impact the unified plan would have on household taxes. But in an analysis of the Senate plan, it calculated that the benefits would be fleeting: Over 60 percent of households would receive tax cuts in 2019. But by 2027, when the individual cuts would expire, the analysis found that about the same number of households would pay higher taxes or have cuts below $100.

Among Americans 65 and older, more than 5 million would get no tax break in 2019 and 5.6 million would see no tax decrease by 2027, according to an AARP Public Policy Institute analysis.

Here’s a look at some of the other provisions that would also affect older taxpayers:

Mortgage interest.  Deductions on home mortgage interest would be capped to loans of $750,000. Interest on home equity loans would no longer be deductible. The provision would expire in 2025.

Charitable deductions. The deduction would remain, and the plan would increase the amount taxpayers could claim. But the provision would expire in 2025.

Estate tax. The plan would nearly double the amount of inherited wealth exempt from tax to about $10 million from a current $5.6 million. The increase would expire in 2026.

Student loans. Taxpayers would still be able to deduct up to $2,500 in interest.

Alimony. Payments would no longer be deductible.

UPDATE: This article has been updated to clarify the number of people who would not have health insurance if the Affordable Care Act provision requiring coverage were repealed.