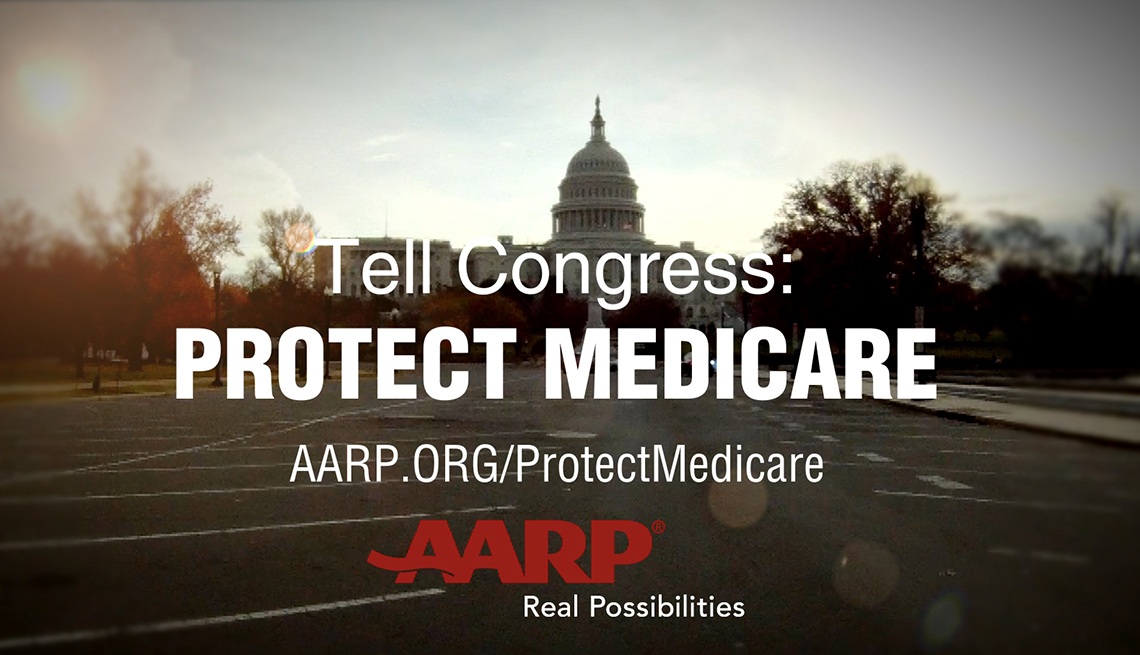 Safeguarding the health of older Americans has been one of our biggest issues.

Since AARP launched its campaign a few weeks ago, we’ve heard from a lot of you who’ve seen our national ad on television and online touting our battle to keep Congress from turning Medicare into a voucher system.

But the aspect of the ad that’s getting the most attention?

It’s the video clip showing Donald Trump on the campaign trail vowing to protect Social Security and Medicare. “You made a deal a long time ago,” he says.

Given our current political climate, I guess I shouldn’t be surprised by how different people react to that clip in different ways. Some viewers have told us that they see the ad as an endorsement of President Trump. Others suggest that we’re criticizing him.

In fact, we’re doing neither. We’re simply reminding you — and members of Congress — what our president said.

Here’s what you should know about AARP: We are a nonpartisan organization. Our 38 million members come from across the political spectrum and hold a wide range of views. As an association that represents all those people equally, we never endorse candidates or political appointees. We don’t have a political action committee, and we don’t contribute to candidates or campaigns. We have a long history of working with elected officials on both sides of the aisle.

What we do is take positions on issues that are important to our members, and safeguarding the health of older Americans has been one of our biggest issues since we were founded almost 60 years ago. Protecting Medicare is a cornerstone of that goal.

We commend those who stand with us on this, and we criticize those who don’t. President Trump consistently said throughout the campaign that he is committed to protecting Medicare. That’s why our criticisms are aimed squarely at Congress, where certain leaders have been quietly working on a plan to dismantle our current Medicare system and turn it into a voucher program. Despite how they might try to spin it, our research shows that changing Medicare like that would cut benefits — and raise costs — for current and future beneficiaries. And we’re not going to let that happen.

While many of you have seen our ad, what’s less visible — and just as vital — are the many people working behind the scenes, fighting to protect Medicare. Our leaders and our staff are meeting with members of Congress and the administration to remind them of AARP’s clout. Through our state offices, we’re mobilizing armies of volunteers to collect petitions and make phone calls to galvanize support. We’re tweeting. We’re posting on Facebook. We’re working hard for you in every way we can.

Our days are busy, but the thing that keeps us going is all the support we have. Surveys show that the overwhelming majority of Americans (of all political parties) think Medicare is important to them and their families. It ranks right up there with Social Security as the government program Americans value most.

So we know that you’re with us in this battle. Keep following what we’re doing. Keep telling us what you think. And, if you haven’t already, please join our campaign. With your help, I’m confident we can stop the movement to change Medicare in its tracks.