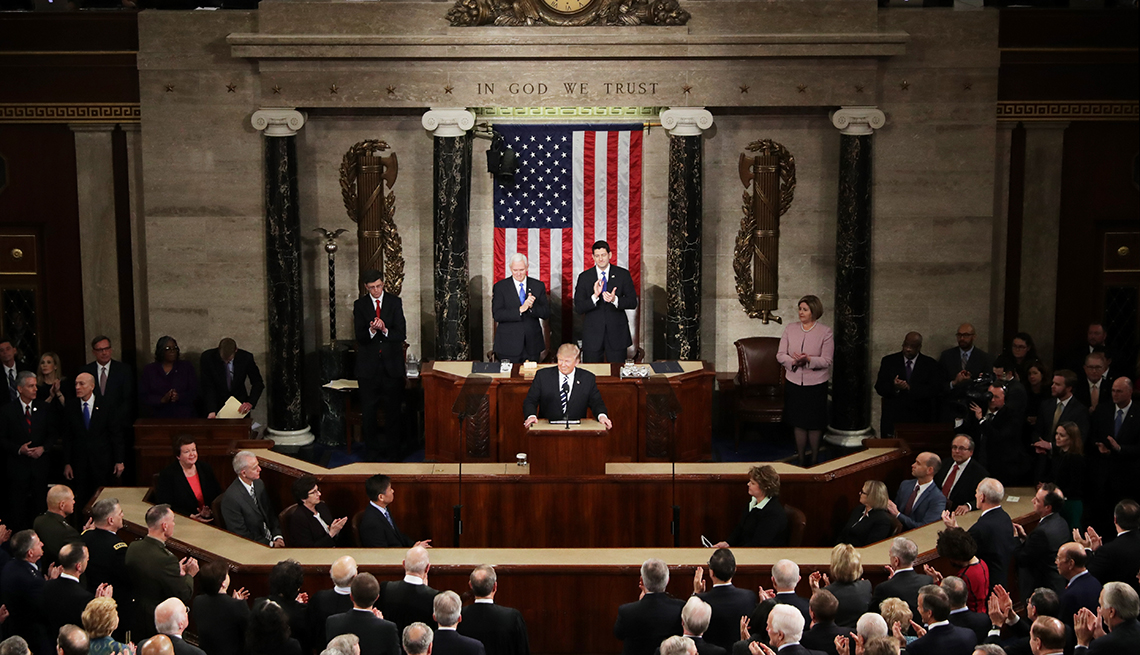 In his speech to a joint session of Congress last night, President Donald Trump put forward a broad range of ideas on what he hopes to accomplish in the weeks and months ahead. But the single sentence that jumped out at me was his vow to crack down on the high prices drug companies charge for their products.

“We should work to bring down the artificially high prices of drugs, and bring them down immediately,” he said, generating a huge round of applause from his audience on both sides of the aisle.

That was great to hear because this is an issue that AARP knows is critically important to all Americans, but especially to the many people over 50 who depend on prescription drugs to keep them healthy and who’ve been devastated by the price increases we’ve seen in recent years.

While the president didn’t offer any specific proposals on how to deal with these skyrocketing prices, we’re happy he sent a message to Congress that he expects them to follow his lead. We plan to work with him and members of Congress to share our ideas on what needs to be done.

AARP has long supported a wide variety of policies that will help reduce prescription drug prices, and we plan to let President Trump and Congress know exactly what they can do. For example, we believe that the secretary of Health and Human Services should have the authority to negotiate lower drug prices on behalf of millions of Medicare beneficiaries. In addition, we believe that we should reduce barriers to global price competition by allowing for the safe importation of lower-priced drugs. There is no reason for Americans to continue paying the highest prescription drug prices in the world.

President Trump clearly agrees, and our plan is to work with him and with Congress to stop drug companies from overcharging seniors and all taxpayers.