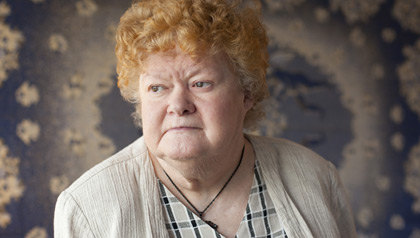 Sandel DeMastus, 64, of Renton, a cancer survivor, was notified recently that her Medicaid allowance for home care will be cut by more than 40 percent. Many older Washington residents will lose services because of the cuts ordered to help close the state’s budget deficit.

Sandel DeMastus, a 64-year-old recovering from cancer, had been receiving 125 hours of monthly home care through Medicaid. She recently received notice that her home care hours would be cut to 80, and then to 67.

The Renton woman is also worried she'll have to start paying a copayment on her prescription drugs. DeMastus is concerned her $956 monthly income from Social Security disability won't cover her rising expenses.

Older Washingtonians, already disproportionately hit by state budget cuts over the past 18 months, will likely see further declines in services and programs as the state struggles to address a chronic budget gap estimated at $5.7 billion.

"It's just not fair," DeMastus said. "Why are you taking it out on the disabled and elderly? It's going to cost more in the long run."

Gov. Chris Gregoire, D, in September ordered an across-the-board 6.3 percent spending cut to balance the budget deficit. Among the cuts under way are reductions in dental, vision, hearing and hospice care affecting 177,000 Medicaid patients, as well as long-term care and home care programs. Now, heeding the overwhelming decision of voters, legislators may be forced to make even more drastic cuts.

AARP Washington fought two ballot measures that were approved by voters in November. Initiative 1107 repealed a state tax on soda, bottled water, gum and candy, which will result in $350 million in lost revenue over five years, and Initiative 1053 requires any change to the state's tax code to receive a two-thirds majority vote of the legislature.

AARP officials believe the long-term effects of those measures — and the failure of a state income tax initiative on high earners — could cause the deficit to balloon to $6 billion.

More than $4.3 billion had already been slashed from state spending during the recession. Without federal assistance or an increase in revenue this year, Washington faces the dire prospect of cutting benefits that, in the long term, could cost the state even more. DeMastus, for instance, could be forced into a nursing home by reduced home care hours.

In addition to prescription benefit cuts, programs that are at risk include long-term care, Adult Day Health home care, Meals on Wheels and the state-sponsored Basic Health insurance plan. Prescription drug coverage for half a million Medicaid recipients is slated to be eliminated March 1.

"No other state has done that," McDonald said.

He said the state would have to be creative to avoid further damage to the support structure it has built over time for older people.

Though there are signs that the recession has leveled off, the recovery has been slow. The nonpartisan policy center released a report last fall that showed how budget cuts since 2009 have impacted the most vulnerable citizens. The report predicted that further cuts to adult day care, nursing homes, assisted living facilities and long-term care facilities could affect the economic security of communities and the state. It warned that passage of the two initiatives would "push the budget out of balance [and] deepen the problems faced in 2011."

Neal Thompson is an author and freelance writer based in Seattle.