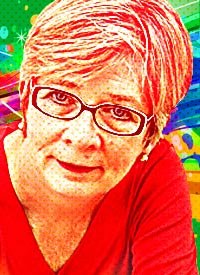 Barbara Ehrenreich is the author of over a dozen books including Nickel and Dimed: On (Not) Getting By in America and, most recently, Bright-Sided: How the Relentless Promotion of Positive Thinking Has Undermined America.

Welcome to the Welfare State!

But here’s a little advice from someone who achieved this enviable condition a full four years ago: Don’t give up your day job. First, because you’ll never get another job, as you’ve probably known since you turned 50 and entered the dread years of being too-young-to-retire-and-too-old-to-rehire. There’s that Social Security check of course, but who could actually live on it, especially after paying the premiums for Medicare Parts B and D? Sure, millions of elderly people have no other form of income — and many of them can be found any day lining up outside soup kitchens.

Medicare is another disappointment. You don’t get dental care or eyeglasses, although the need for these does not exactly evaporate at age 65. Prescription drugs are covered — sort of, there’s Part D — but watch out for the doughnut hole, which you’re likely to fall into because so many drugs are designed to cure not only high blood pressure or diabetes, but any lingering affluence you may be experiencing.

More on Boomers at 65

As for the anticipated gratitude and respect: What really hurts about turning 65 is the sense that you’ve left the deserving mainstream and entered a parasitical pariah class, akin to the “welfare cheats” that dominated public discourse in the 80s and 90s. Once they were disposed of — by the welfare “reform” act of 1996 — the scolds and the deficit hawks turned on the elderly, now stigmatized as “greedy geezers” who suck on what former senator Alan Simpson has colorfully described as Social Security’s “300 million tits” while little children go hungry.

And the invective will only get worse as you boomers hit 65. You’ve already been stereotyped as the self-indulgent spawn of Dr. Spock and fomenters of 1970s-style sexual mayhem. Now you’ll be known as the Generation That Devoured Its Young.

Why all the resentment? My guess is that it’s because Social Security and Medicare, threadbare and inadequate as they may be, provide a lot more financial and medical security than most younger people can count on. Which makes me feel like the fussy little old lady in the well-worn joke: When the waiter asks her how she liked her meal, she says, “First, it wasn’t very good, and, second, there wasn’t enough of it.” That’s my position exactly: Upgrade Medicare and Social Security and expand them to the needy of all ages! And after the hundreds of billions spent on unwinnable wars and tax cuts for the rich, don’t try to tell me we can’t afford it. I may be old, but I’m not dumb.