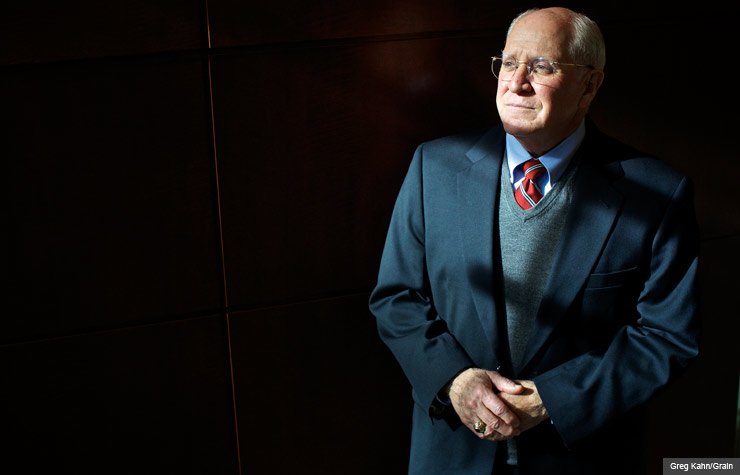 His job is to protect 50 million older Americans from financial abuse and exploitation.

As head of the Office for Older Americans at the Consumer Financial Protection Bureau (CFPB), Skip Humphrey has a lot on his plate. And he wouldn't have it any other way.

The 70-year-old son of Hubert H. Humphrey, President Lyndon Baine Johnson's vice president, is part of the team bringing to life the agency, created in the wake of the economic meltdown of 2008, to protect consumers and to police banks, lenders and financial institutions.

The bureau's potential impact is significant: The value of our retirement nest eggs is projected to reach $22 trillion by 2016, a 30 percent increase in just four years.

Of the army of agencies policing the nation's financial markets, the CFPB is the only one designated explicitly to target elder abuse. That gives Humphrey his mandate. He's acutely aware of the stakes for those 50-plus.

"As bad as it's been for everyone, when it happens to you at age 70, you don't have another chance to recover from a financial scam," he says. "We can't allow that to happen."

Just consider: During the recent financial crisis, Americans 55 and older lost about 40 percent of their net worth. The group is vulnerable to financial advisers who boast meaningless credentials to sell bogus or inappropriate investments. Older Americans can even be victimized by loving family members who are clueless about their responsibilities as court-appointed money-managing guardians.

Scam artists steal a documented $3 billion a year from the 55-plus population, a mere fraction of the actual amount, considering that only an estimated 4 percent of retirement-age victims — just one in 25, according to various studies — ever report those crimes.

As Humphrey knows from his time as Minnesota attorney general and as an AARP state president and national board member, older people sometimes make the problem worse. They're often reluctant to admit they've been exploited and are afraid that being exposed might jeopardize their independence. As a result, they end up getting deeper into financial trouble. Further, their financial decision-making ability usually declines with age. Humphrey and the Consumer Financial Protection Bureau want to change all that.

"Our goal is to answer two questions," Humphrey says. "How do we prevent these citizens from getting ripped off? And how do we help them make smart financial decisions as they age?"

1. Ask questions: Inquire about a financial adviser's commissions and licenses; ask for sources of financial information. In fact, ask about anything and everything related to your money.

2. Plan ahead: Consider granting power-of-attorney authority to someone you trust. Know how your pension plan works and what Social Security benefits and taxes to expect.

3. Be skeptical: Don't be fooled by seals or logos implying government affiliation or words like "guaranteed" or "preapproval." Reverse mortgages may promise that you'll live "payment-free" in your home, but what about taxes and insurance?

4. Protect your identity: Never provide account numbers or your Social Security number — especially online or by phone — unless you initiate contact and trust the company.

5. Learn to say no: Refuse to be pressured, even by family or friends.

Already in the works for the CFPB

Consumer advocates have taken note of Humphrey's work. "Under Humphrey, the CFPB has taken a broad approach to stopping the epidemic of elder financial abuse," says Ed Mierzwinski of the U.S. Public Interest Research Group.

Humphrey's work builds on the agency's ambitious launch. In its first year, the bureau simplified credit card agreements and essential terms. It tackled crushing student-loan debt and investigated credit-reporting bureaus to ensure that consumer credit reports are accurate and that mistakes are fixed quickly.

The bureau's website invites people to register their complaints and lets them track their progress. In 2012, there were 74,100 complaints, nearly half of them related to mortgages. The bureau claims a 90 percent response rate from alleged corporate offenders.

Also last year, the CFPB forced three credit card companies to pay about $435 million in refunds over deceptive practices. The money was distributed among nearly 6 million customers. It also assessed penalties amounting to an additional $101.5 million paid to its own and other federal coffers.

In January, the bureau expanded its authority to debt collectors and announced new, simplified mortgage rules that protect both borrowers and lenders.

Such accomplishments show, Humphrey suggests, that government can work. He's even trying to mend broken fences, sharing ideas with leaders of financial services and other industries under the CFPB's microscope. And, surprisingly, there's more handshaking than finger-pointing.

"What I learned is that most organizations and businesses want to understand what the rules are. And they want to know that [the rules] will be fairly enforced … so they can compete effectively and succeed," says Humphrey, who as Minnesota attorney general led the first successful state litigation against Big Tobacco, winning billions for Minnesotans and others.

"But they need someone who says, 'We're watching. We're expecting. And if you don't follow those rules, you're going to get slapped — and slapped pretty hard.' "

Sid Kirchheimer is the author of Scam-Proof Your Life, published by AARP Books/Sterling. He writes the Scam Alert column for AARP. 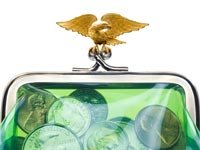