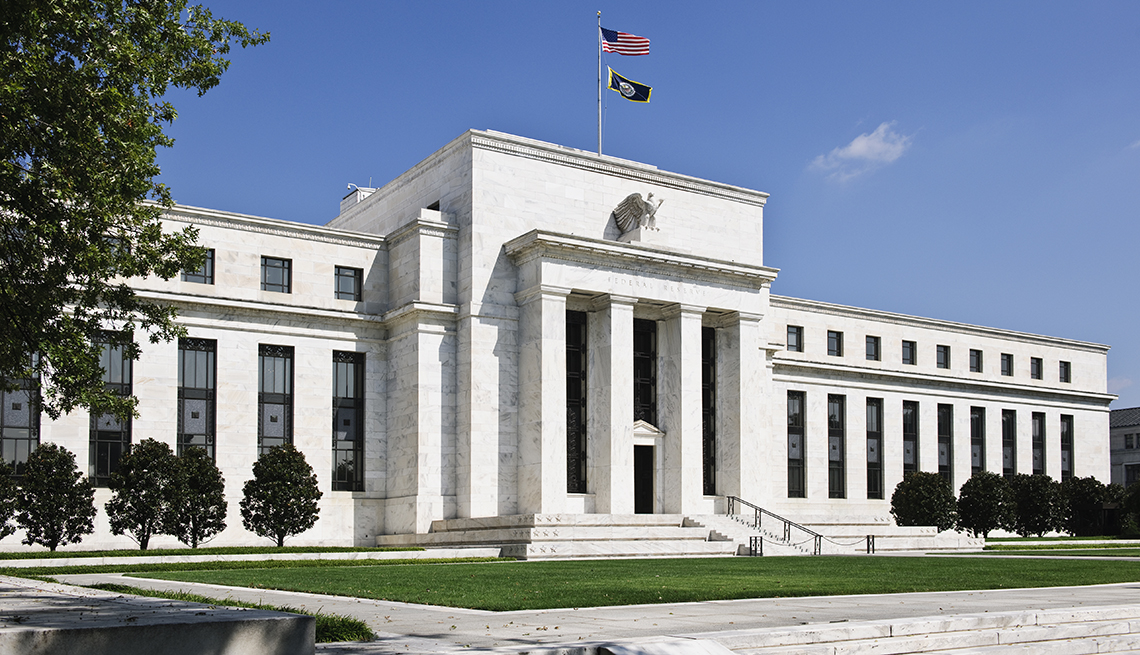 En español | The Federal Reserve Bank slashed short-term interest rates by 0.75 percentage points Sunday and embarked on a $700 billion bond-buying program in an effort to ease the economic strain caused by the coronavirus pandemic. The move will make it cheaper for consumers and banks to borrow, but it will also send interest rates on bank CDs and money market mutual funds to near zero.

The novel coronavirus, which causes COVID-19, has delivered a roundhouse punch to the economy, causing thousands of businesses to temporarily shut down some operations. Investment bank Goldman Sachs expects U.S. gross domestic product to fall to zero for the first three months of 2020, and to minus 5 percent in the second, followed by a quick snapback.

The Federal Reserve is charged with keeping the economy humming and fighting inflation. “The Federal Reserve is prepared to use its full range of tools to support the flow of credit to households and businesses and thereby promote its maximum employment and price stability goals,” the nation's central bank said in a statement Sunday.

The Fed's move has a cascading effect on the economy. Cutting the Fed funds rate will reduce how much interest companies pay on variable-rate loans, which will put money directly to a company's bottom line by reducing loan payments. The prime interest rate, currently 4.25 percent, also closely follows the Fed funds rate.

The Fed's $700 billion bond purchasing program should push the long-term rates for mortgages down further. The current 30-year mortgage rate is 3.36 percent, close to an all-time record low.

The most immediate effect for individuals will be a sharp drop in short-term savings rates, which had been rising until December 2018. In March 2019, for example, a three-month Treasury bill yielded 2.40 percent. Friday, the three-month T-bill yielded 0.28 percent. It's likely the T-bill yield will fall to near zero, as it did in 2011.

Markets reacted negatively to the Fed's move, pushing stock prices down sharply Monday morning. The yield on the bellwether 10-year Treasury note fell to 0.78 percent. “Despite fear and uncertainty, investors should think to the future, beyond the economic pause and when business and life resumes normalcy,” said Greg McBride, chief financial analyst for BankRate.com. “The short-term disruption is unprecedented, but the long-term viability of the economy is not. Thinking five, 10 years down the road could prevent that regrettable knee-jerk selling reaction and reveal potential buying opportunities."