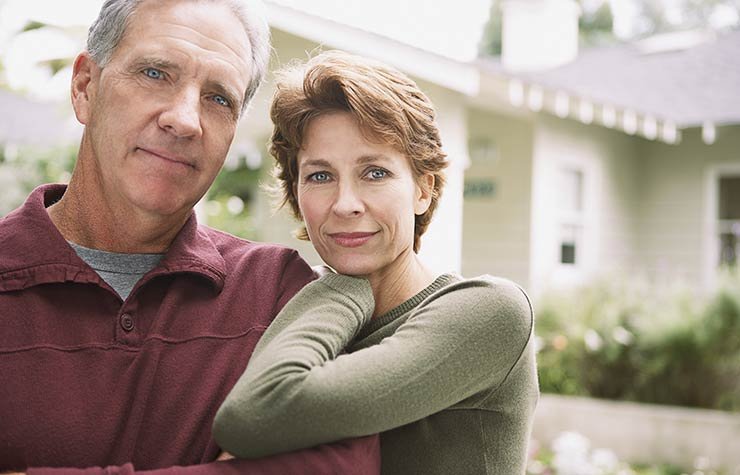 Retirees are having a hard time qualifying for mortgages — even when they have lots of money in the bank.

En español | Until recently, retirees living on a fixed income probably had a better chance at being chosen for The Price Is Right than qualifying for a mortgage.

Even when borrowers hold substantial assets, an income from Social Security, pensions and investments has often been considered too low to meet today's stricter mortgage eligibility requirements.

But that scenario is changing. New options are in place for retirees who want to downsize but still need a mortgage, and for people who'd hoped to age in place with a smaller refinanced loan.

Fannie Mae and Freddie Mac, the government-sponsored mortgage investment giants, announced recent policy changes that allow lenders to take retirees' assets into account. So when loan officers calculate borrowers' income eligibility, they can factor in IRA, 401(k) and other retirement assets as a supplement to their fixed income.

Learn about Discounts and Benefits from AARP

"This could open up the door for more older borrowers who want a conforming, conventional mortgage," says Freddie Mac spokesman Brad German.

Retiree Jim Eberle can only hope. He's paid off eight mortgages during his lifetime, yet for the last year he's been unable to find a lender willing to refinance his current mortgage. At age 70, Eberle has accumulated considerable assets over the years — enough, even, to pay off his suburban Washington, D.C., single-family home outright. But lenders weren't looking at retirement savings to determine whether Eberle had the ability to pay a mortgage. They were focused on income and credit scores to assess risk.

Eberle's credit was sterling, but his monthly $2,400 Social Security benefit was deemed too small to qualify for a refinanced mortgage. "The bank said I didn't have enough money coming in, essentially," he says. "I had substantial investments in the stock market, but that wasn't good enough." He wasn't willing to tap his 401(k) or cash in other investments to pay off his mortgage.

Now he's waiting to hear back from another lender.

Most banks don't want housing expenses — mortgage payments, taxes and insurance — to take up more than 28 percent to 32 percent of a borrower's gross income. That may not be a problem for working couples. But it's a challenge for retirees whose fixed incomes don't meet underwriting requirements.

The new rules, however, just might make all the difference — if you can find a loan officer who's willing to do the necessary legwork. Jeff Lipes, a past president of the Connecticut Mortgage Bankers Association, says the new calculations to boost retirees' eligibility go like this: Let's say a retiree has $1 million in an IRA or 401(k) and wants a 30-year fixed-rate mortgage. Lenders calculate 70 percent of that $1 million (the balance is reduced by 30 percent to account for market volatility; no rate of return is assumed). They divide that $700,000 (that's 70 percent of $1 million) by the term of the loan (such as 360 payments for a 30-year mortgage).

Using this formula gives the borrower an extra $1,944 to show for monthly income. So consider Eberle as an example. That $1,944 in assets would be added to his $2,400 monthly Social Security benefit, almost doubling his income and enhancing his ability to qualify for a mortgage. (By the way, borrowers aren't required to tap those retirement assets.)

For retirees, "this can make a significant difference in determining whether they qualify or don't qualify," Lipes says.

But there is a caveat: While the new computations can help retirees qualify for a mortgage or refinance, experts say there's a scarcity of loan officers who know about the formula or who are willing to use it.

Syndicated real estate columnist Ken Harney wrote about these favorable new guidelines in May. What happened next was shocking. Scores of retirees rushed to their banks to apply for mortgages but were turned back by bankers who were unfamiliar with the new rules. Harney says he received about 100 emails from retirees around the country who'd been rejected.

Working with retirees' applications may take more time and effort, he says, and not every lender is willing to do that.

To save yourself time as you shop for a mortgage or refinance, Harney says, ask whether the lender is familiar with and uses the Fannie Mae or Freddie Mac retirement fund annuitization procedures. If they don't, walk out the door and find a lender that does.

Carole Fleck is a senior editor for AARP Bulletin.