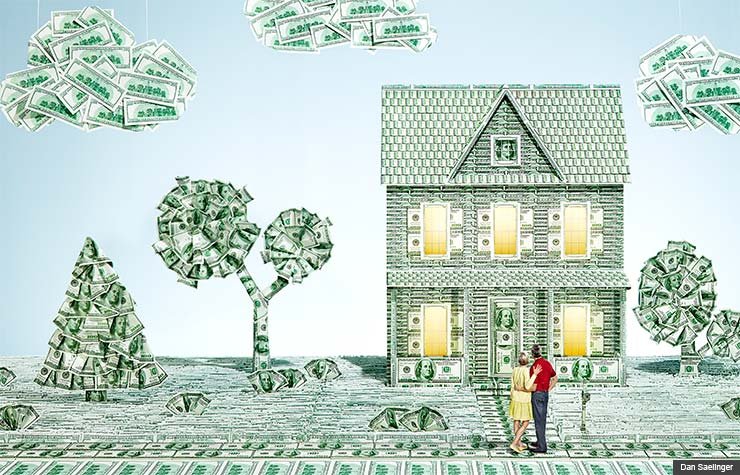 While refinancing can lower payments, it can also extend your payment period and erode savings.

En español | Rock-bottom interest rates have lured many homeowners to refinance their mortgages.

But with the rate on 30-year fixed mortgages expected to climb to 4.1 percent by the end of 2013, time is running out to get in on the action.

Even if you have sterling credit and a good amount of cash in the bank, approval is no slam dunk. Banks today have stricter lending guidelines.

Here's how to avoid a quagmire of documentation and prolonged approval time.

Nothing can put the kibosh on a great refi faster than a not-great credit score. "Lenders are looking for scores over 720," says Joe Tishkoff, senior loan consultant for Skyline Home Loans in Calabasas, Calif. By law you are entitled to one free credit report per year from each of the three major credit-reporting agencies: Experian, Trans-Union and Equifax. Scrutinize your report for errors. As Tishkoff points out, small medical balances you may not be aware of and that weren't covered by insurance could be bringing down your score. With a phone call (perhaps with a persuasive loan broker or mortgage banker on the line), collection agencies can erase a bad mark. Credit card debt also scuttles many a boomer refi. Lenders want to see credit card balances under 50 percent of your credit limit. One quick fix: Ask card companies to bump up the credit limits. But don't use the extra credit. It's just there to improve your score.

You may be chummy with the tellers, but your local bank branch isn't necessarily the best place to refinance. Collect recommendations from friends and real estate agents, and compare rate quotes from several credit unions and mortgage banks. Ask about turnaround times, and make sure loan officers are knowledgeable and responsive. Mortgage bankers, who lend out their own capital, can cut consumers slack that traditional banks cannot, says Bruce Calabrese, president of Equitable Mortgage, a mortgage-lending company in Columbus, Ohio. "If we make a bad loan, we can buy it back," he says. All lenders are bound by the same governmental rules but can set some of their own underwriting policies, too. So while a conventional bank may insist that your debt can't exceed 45 percent of your income, another lender may allow up to 50 percent, depending on your credit score and other factors.

Most lenders ask for several months of complete bank statements to do what's called an account audit. They look at inflow, which is the money coming into your account each month. If you have large unsourced deposits — that big birthday check from your rich cousin, for example — be ready to explain where the money came from. On the tax front, you will also need to have your returns on hand. Fannie Mae, the government-sponsored enterprise that helps provide mortgages, mandates that self-employed borrowers show two years of tax returns; Freddie Mac, Fannie's younger brother, requires at least one year.

Many current retirees now drag mortgages with them — almost one in three had housing debt in 2010, according to the Federal Reserve. While refinancing can lower payments, it can also extend your payment period and erode savings after retirement, so calculate terms accordingly. " You want to have your mortgage paid off by the time you retire," says Dale Robyn Siegel of Circle Mortgage Group in Harrison, N.Y., and author of The New Rules for Mortgages. If you move to a 15- or 20-year mortgage from a 30-year one in order to retire mortgage-free, make sure you can afford the bigger payments. "Think about the future, but don't put yourself in a bad situation today," Siegel says.

A drop in income can sideline approval. If your inflow is low but your financial fundamentals are sound, seek out a lender willing to see the bigger picture. Fannie Mae and Freddie Mac, for example, allow loan officers to "annuitize" the assets of applicants, essentially calculating a conservative estimate of what someone's retirement savings — such as an IRA, 401(k) or other savings vehicle — would generate as income if spread out over the life of the loan. Not all underwriters know about this technique, however, because in the past, a borrower with a good credit score wouldn't have to face approval barriers. Times have changed, and annuitization could be your ticket to refinancing. Calabrese says: "If you have assets, you don't have to miss out on good rates."