Answers to your most pressing questions about the rising cost of living — past, present and future 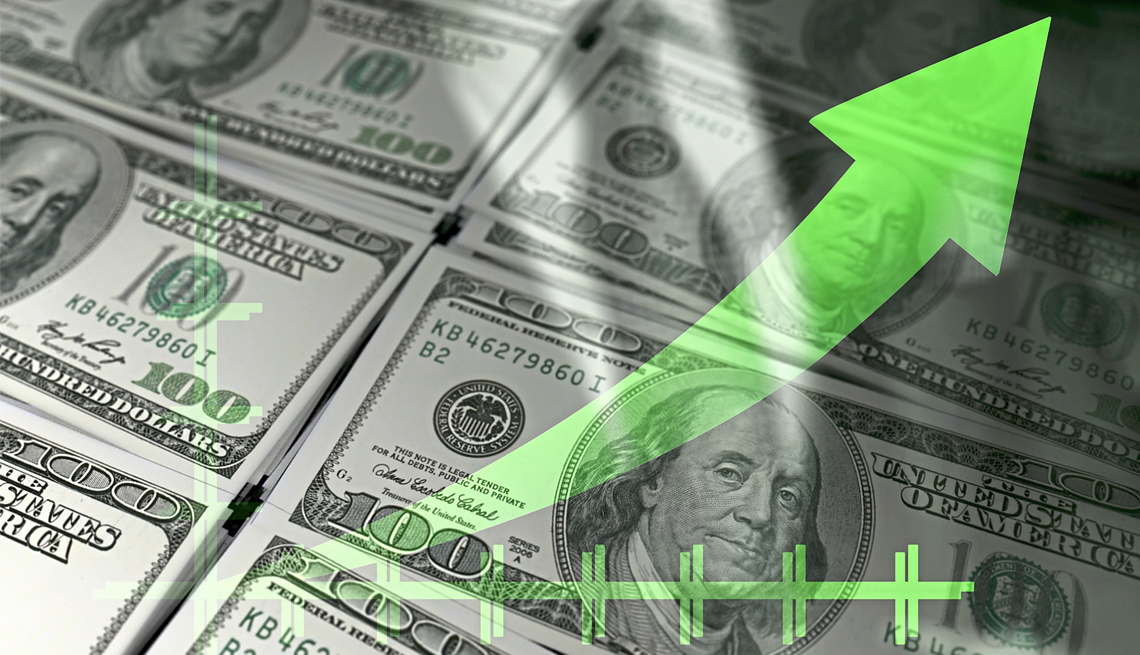 Prices crept up, then surged higher in the first half of this year. In June, the consumer price index rose to become 9.1 percent higher than it had been a year earlier — the biggest 12-month increase in 40 years. Then in August, food, shelter and health care costs continued to rise. It’s hard for anyone to relax when such basic needs as groceries and rent are so much more expensive than they were not so long ago. But putting inflation in a longer-term perspective may ease some of your worries. Here are answers to some of people’s most pressing questions about what just happened and what might happen next.

What should we blame for our current high inflation rate?

There are several culprits — most recently the war in Ukraine, which has driven up the price of food and fuel around the world. But the current round began with COVID-19. Not only did the pandemic shut down the world economy, as governments restricted movement and people hunkered down at home, but it also created massive problems in what’s known as the global supply chain — the people and processes involved in manufacturing, transporting and distributing goods to the businesses and households that need them. Factories shuttered, raw materials and finished goods sat in ports, and deliveries to stores were erratic. Managing product inventory got even harder for businesses as people changed their buying habits — snapping up household goods like toilet paper and bicycles while shunning services like meals out, movie tickets and air travel. The result was a shortage of goods Americans wanted to buy.

And we sure wanted to buy, sparked by the $5 trillion that the government has poured into the U.S. economy — some $2 trillion of that paid directly to individuals and families — in the hope of staving off a disaster caused by frozen commerce and high unemployment. “Give Americans $2 trillion, and they are going to buy stuff,” says Barry Ritholtz, chairman and chief investment officer at Ritholtz Wealth Management in New York.

In sum, demand went way up as supply came way down. And when that happens, prices rise in a similarly dramatic fashion.

Why does inflation get us so upset?

Largely, it’s because we haven’t had to think seriously about it for many years. “For a long period of time, there was no inflation, and nobody talked about it,” says David Wessel, director of the Hutchins Center on Fiscal and Monetary Policy at the Brookings Institution. Then suddenly last year, prices of food, energy, housing and everything else began to skyrocket. It’s not just the magnitude of rising prices that’s upsetting; it’s also the frequency with which price increases confront you — every week when you go to the grocery store and every day when you drive your car past a gas station. “There’s nothing that gets people as riled up as the price of gas,” Wessel says.

Who is getting hit the worst?

No surprise here: It’s low-income earners and those living paycheck to paycheck. “If you don’t have the disposable income to keep up with the increases, life is very difficult,” says Collin Martin, fixed income strategist at the Schwab Center for Financial Research.

Retirees are somewhat insulated because Social Security payments are indexed to inflation. But because adjustments are made annually, there has been a lag as prices head higher. The 5.9 percent increase that showed up in the January Social Security checks was based on inflation figures from last year’s third quarter. Current estimates for the 2023 adjustment range from 8 percent to 11 percent.

Homeowners also are generally better off than renters. During the height of the pandemic, many landlords couldn’t evict tenants or raise rents. That has changed. A recent report by real estate brokerage Redfin showed that in July the average asking rent was up 14 percent over last year, with rents in 10 cities — including Nashville, Seattle and San Antonio — rising more than 20 percent year over year. But if you own a home, your monthly cost goes up only if you have an adjustable rate mortgage; otherwise, it holds steady.

What can be done, and who can do it?

In the U.S., the Federal Reserve, the government’s central bank, is charged with managing inflation, Wessel explains. The tool it’s been using is a traditional one: setting policies that cause banks to raise the rates they charge one another for short-term loans. That, in turn, leads banks to hike the interest rates they charge the people and businesses seeking loans. Those higher rates discourage potential customers from borrowing money to make investments or purchases, and that lowers demand for goods or services. That slowdown in economic activity should eventually rein in price increases. But there’s a limit to this strategy: The Fed’s rate hikes primarily affect economic sectors sensitive to interest rates, such as real estate and manufacturing. It can’t do much about either food or energy prices, which tend to go up and down very quickly.

Congress and the president have limited options, not all of them pleasant. One is to raise taxes in order to lower demand. The Inflation Reduction Act passed in August raises taxes on some corporations and increases the IRS’s budget, but those moves are unlikely to have an impact. Some other possible steps, such as releasing oil from the U.S. strategic petroleum reserve, have already been taken.

Other factors influencing inflation are beyond U.S. control. “This is a global situation,” Schwab’s Martin says. “Washington can’t stop China from locking down their regional economies.” And it has limited ability to rein in food inflation, which has been worsened by the war in Ukraine and extreme weather.

How is today’s inflation different from inflation in the 1970s and 1980s?

As painful as today’s price increases may be, they’re nowhere near as bad as they were back then — so far. Inflation hit a high of 14.6 percent in 1980, and some mortgage rates topped 18 percent a year later. But savings instruments also paid higher interest, with a three-month CD yielding 18.3 percent in 1981.

Some of the big inflation drivers of yesteryear have also waned. Back then, a greater percentage of workers were unionized and had contracts with built-in cost-of-living adjustments that automatically raised wages as prices increased, causing a back-and-forth inflation spiral. Today, only 6 percent of private-sector workers are union members. While supply chain issues have been a big factor in today’s inflation, global competition is still much higher than in the 1970s and 1980s, and it remains a force in keeping prices down. Finally, availability of alternate energy resources is limiting the impact of oil shortages. “Fifty years ago, the average family spent 8 or 9 percent of its budget on energy,” Ritholtz says. “Today it is more like 3 or 4 percent.”

What should I be most worried about?

That the economy will slip into a recession triggered by the Fed’s raising of interest rates too high and too fast, leading to widespread job losses. (By one unofficial measure of a recession — two consecutive quarters of a shrinking economy — the U.S. was already in a recession in the summer.) “Pick your poison. Is it high inflation or high unemployment?” Ritholtz asks. The Fed is trying hard to thread the needle, he says, bringing down inflation while avoiding recession.

Another problem: Persistent inflation erodes public trust in government. “Inflation leads people to think things are out of control,” Wessel says, noting that Americans are already facing a lot of things that feel out of control. Yet pundits are expecting inflation to settle between 2 percent and 4 percent a few years from now, he says.​​

How will this round of inflation end?

Probably with a period of higher interest rates and more hard times. In a closely watched speech made in late August, Federal Reserve Board Chairman Jerome Powell made it clear that his top priority was to establish “price stability” by bringing inflation down to 2 percent, in the neighborhood where it’s been for much of the past three decades. “Without price stability, the economy does not work for anyone,” he said. The process of making that happen will entail not only higher interest rates, but also slower economic growth and a weaker job market — meaning “some pain” for households and businesses. “These are the unfortunate costs of reducing inflation,” Powell told his audience at a Federal Reserve economic symposium. “But a failure to restore price stability would mean far greater pain.”

Much of this strategy, Powell indicated, is based on lessons learned from that stretch of inflation in the 1970s and 1980s. History shows, he said, that the longer inflation continues at a high rate, the more that workers will suffer during the process of bringing it down. “We are taking forceful and rapid steps” to reduce demand via higher interest rates, Powell added. “We will keep at it until we are confident the job is done.”

Is there anything I can do?

Simply be a smart consumer. “If you don’t need it, don’t buy it, and wait a couple of months,” Ritholtz suggests. Merchandise that is now selling at big premiums, he says, may soon be on sale as today’s aggressive ordering leads to overstocked inventory.

Inflationary cycles eventually end, but no one knows when that might happen this time around. So it makes sense for you to have a household plan that outlines the monthly income and savings you currently have and how you will need to adjust your usage of them until inflation gets back to tolerable levels. “You want to know what your options are,” Martin says.

Lynn Asinof is a personal finance journalist who spent 20 years at The Wall Street Journal, Money, Fortune and The Boston Globe.﻿ 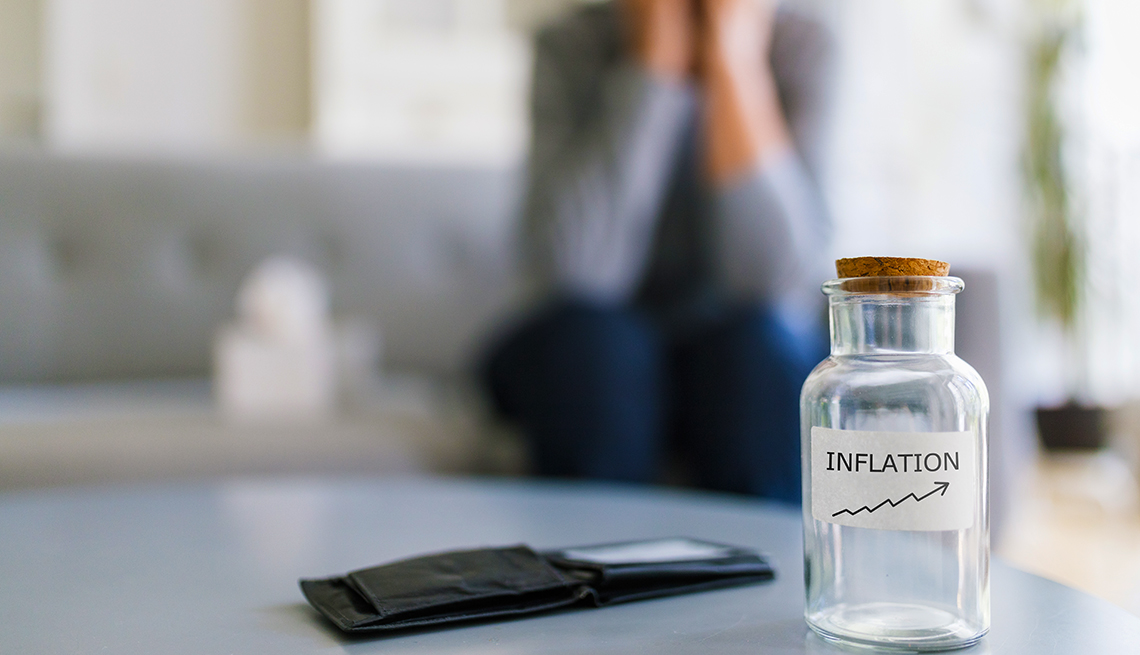 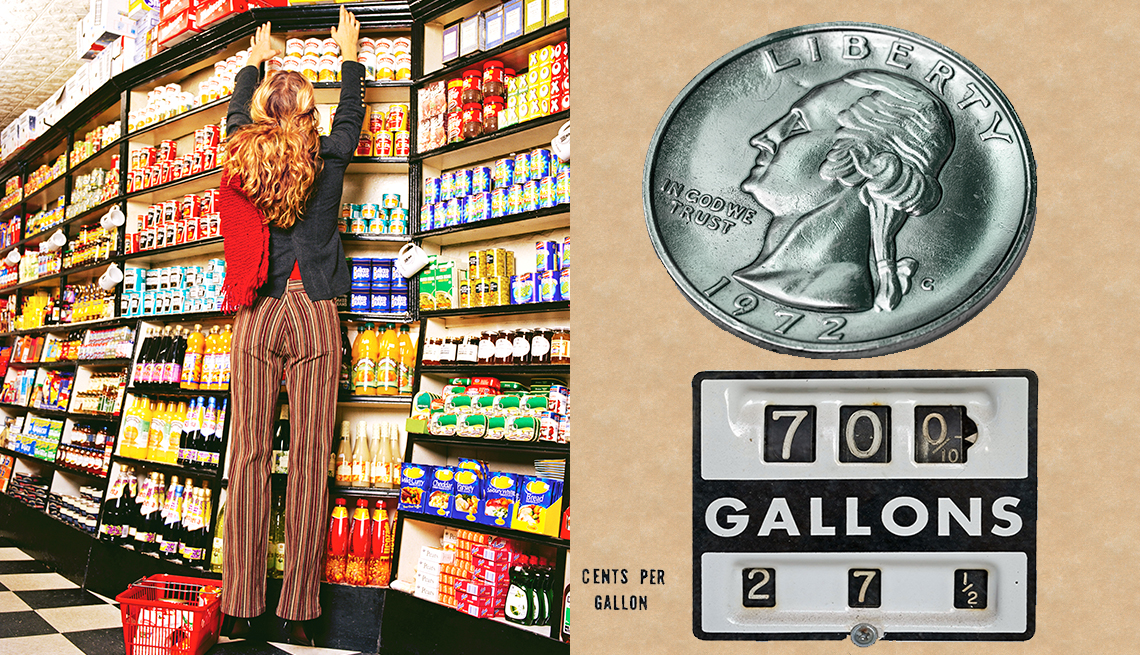 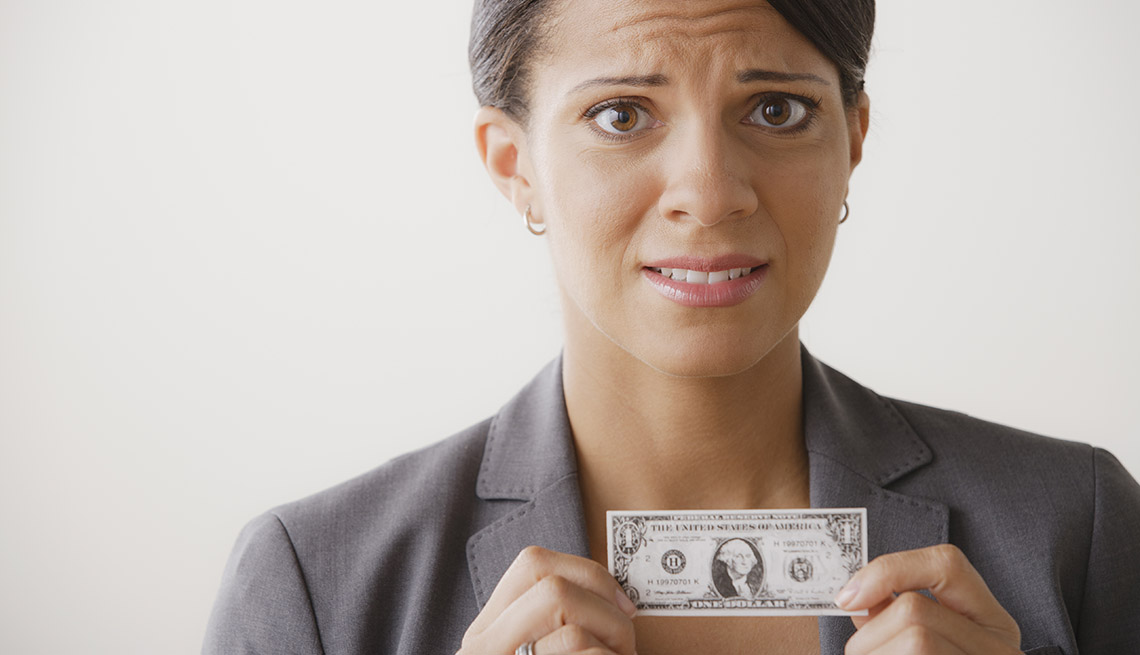