5 Popular Grocery Items That Will Cost You More This Summer 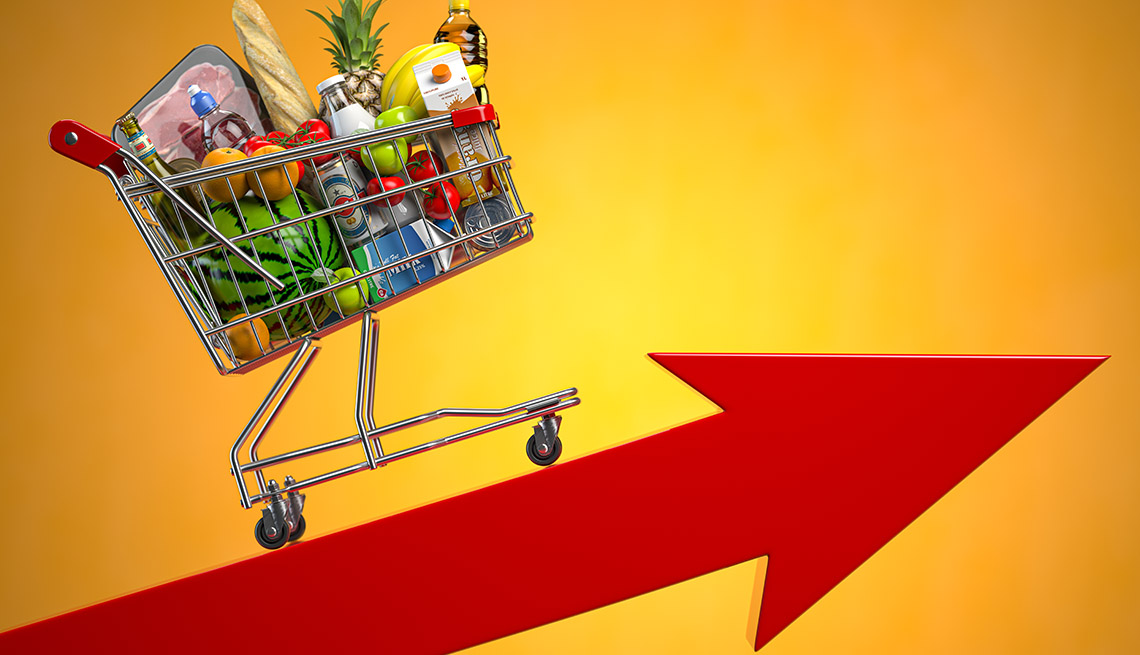 Plenty of ingredients go into the price of American foods, and although food prices on average have risen just 2.2 percent the past 12 months, you'll have to shell out more for some of the items that are staples in many of our households.

Food price increases are in the offing well before a grower harvests a single eggplant. If you're a farmer and you need to fix your tractor, for example, you're probably affected by the price of steel, up 125 percent the past 12 months.

Then there are the prices of commodities generally, which are often set on a global scale. Corn prices, for example, have gone up 90 percent the past 12 months, and that's primarily because of increased buying from overseas. “China has been buying a lot more corn over the last several months — it's a little unclear why, but they are,” says Jayson Lusk, head of the Department of Agricultural Economics at Purdue University.

And finally, there's the cost of energy, which affects the price of everything from the fertilizer for the crops to the trucks that deliver the goods to the grocery. Oil prices are up 81 percent over the past year.

As you gear up for summer barbecues, some items are going to be much more expensive than they were last summer — in part because last summer you cooked for just the people in your house, rather than friends and neighbors. This summer, you can either go whole hog and pay more for your food, or switch to lower-cost alternatives, such as chicken thighs rather than wings or hamburger rather than steak.

Why have wings taken off? Producers say that production has been flat, but demand from barbecue-deprived Americans is extremely strong. The winter storm that ripped through Texas in February took a heavy toll on poultry and other livestock, and farmers have not been able to increase production as much as they normally do in the summer. A labor shortage at meat plants hasn't helped, either.

Although few things can replace Buffalo chicken wings on the barbecue in summer, you might consider boneless chicken wings — in reality, glorified chicken nuggets made from breast meat. And chicken thighs remain cheaper than wings.

Pork products in general have risen 3.2 percent the past 12 months, according to the Bureau of Labor Statistics (BLS), but if you're in the market for bacon, be prepared for a shock: Prices have jumped 13 percent. The average price of a pound of sliced bacon was $6.03 the week of June 4, compared to $5.24 that same week in 2020.

Bacon is normally more expensive than other pork products, such as ribs, because curing and smoking pork belly takes extra time and labor. Bacon prices rose even during the pandemic because it's a comfort food, both here and abroad, and people have needed lots of comfort. The USDA predicts that pork prices will rise between 2 and 3 percent this year, because of rising feed and labor costs.

Increasing labor and transpiration costs have sent fruit prices rising, and the weather hasn't helped, either. For example, February's winter storm drove citrus prices up in a hurry. It slammed Texas grapefruit and other citrus crops, causing an estimated $230 million in damage. Although Florida and California still produce plenty of oranges, those areas are also facing increased labor and transportation costs. Overall, fresh fruits rose 5.9 percent in the 12 months ending in April, and citrus fruits jumped 9 percent during the same period.

Thinking of a nice steak on the grill? It cost 5.5 percent more in May than it did in April. In part, that's because you're not the only one longing for a freshly grilled steak. And for those who had jobs, the pandemic meant that many people have been saving — and now have the money to treat themselves to a more expensive delicacy. But rising costs of beef processing and packaging — and the fuel it takes to transport beef products to market — have sent prices higher.

Got milk? If so, you're paying 4.6 percent more for moo juice than you did a year ago, the BLS reports. Whole milk is up 7.2 percent since last year, so you can save a bit by choosing lower-fat milk, which is up 3.2 percent. Milk production remains steady, according to the USDA, but the cost of running refrigerated trucks and the difficulty finding drivers is keeping prices up.

The good news: Other dairy prices have fallen over the past 12 months. Ice cream is down 2.6 percent, and cheese is down 1.4 percent.