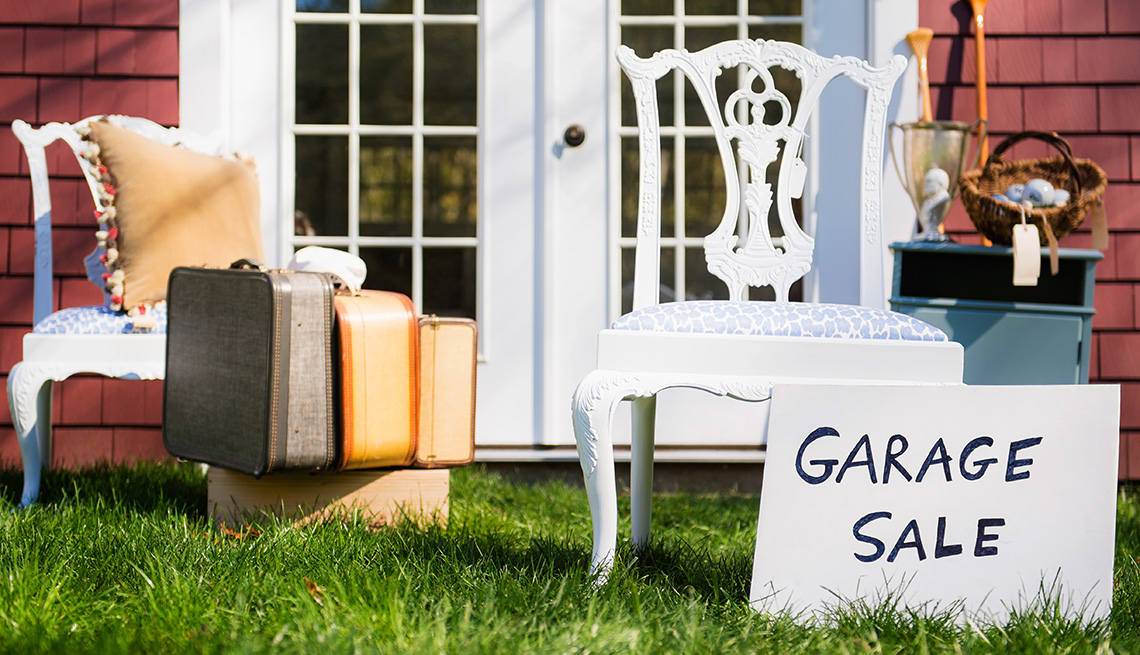 If you aren’t sure what’s valuable use your smartphone and check eBay for similar items before you start haggling.

En español | You may have just missed National Garage Sale Day — always the second Saturday in August — but there are still plenty of end-of-the-summer sales to peruse.

After all, warm weather always means an onslaught of yard sales, and with the fall months expected to be hotter than usual in many parts of the country, you can bet there will be plenty of opportunities for serious shoppers to pounce.

But as you sort through someone else’s keepsakes, spread out across one collapsible table after another, it can be difficult to discern the treasures from the trash.

Fortunately, Good Housekeeping has published a list of the 10 things you should never, ever pass up at a garage sale. Check it out so that you know what to buy — and what to avoid.

Believe it or not, there’s apparently real money in fake jewelry, professional antique appraiser Lori Verderame tells the magazine. Not only should you check for quality craftsmanship, but she also advises you to seek out the big names like Miriam Haskell, an American designer of costume jewelry who died in 1981.

Valuable baseball cards have often been found among otherwise unremarkable items. Rare baseball gloves and leather harness football helmets can fetch hundreds if not thousands of dollars on eBay. In one of the best garage sale finds ever made, a couple purchased a West Point sweater for 58 cents, only to find out that the original owner was football coaching legend Vince Lombardi. After spotting a “Lombardi” name tag stitched into the sweater, they went on to auction off the item in New York City for $43,020.

Vintage holiday decor such as hand-blown glass baubles and German Kugel ornaments can command a hefty price tag, sometimes more than $1,000. Beyond ornaments, vintage indoor and outdoor decorations — everything from nativity scenes to candy canes — are always sought after by collectors.

New technology is constantly emerging that makes our older electronics obsolete. But while there’s a market for first edition Apple computers and other collectibles, Popular Mechanics advises sticking to tried-and-true devices if you’re hoping to put your find to good use. The magazine says functioning speakers you can plug into are always worth a splurge as the analog tech hasn’t changed a lot in recent years.

These days, there’s always an online market for items from the 1950s, 1960s and 1970s. And appliances such as toasters and transistor radios can be particularly valuable, so long as they still work. In addition, novelties such as movie posters are good bets. If you aren’t sure what’s valuable and what’s not, use your smartphone to go on eBay so you can see what similar items have sold for before you start haggling.

To find out the other five items you should never pass up at a garage sale, go here.