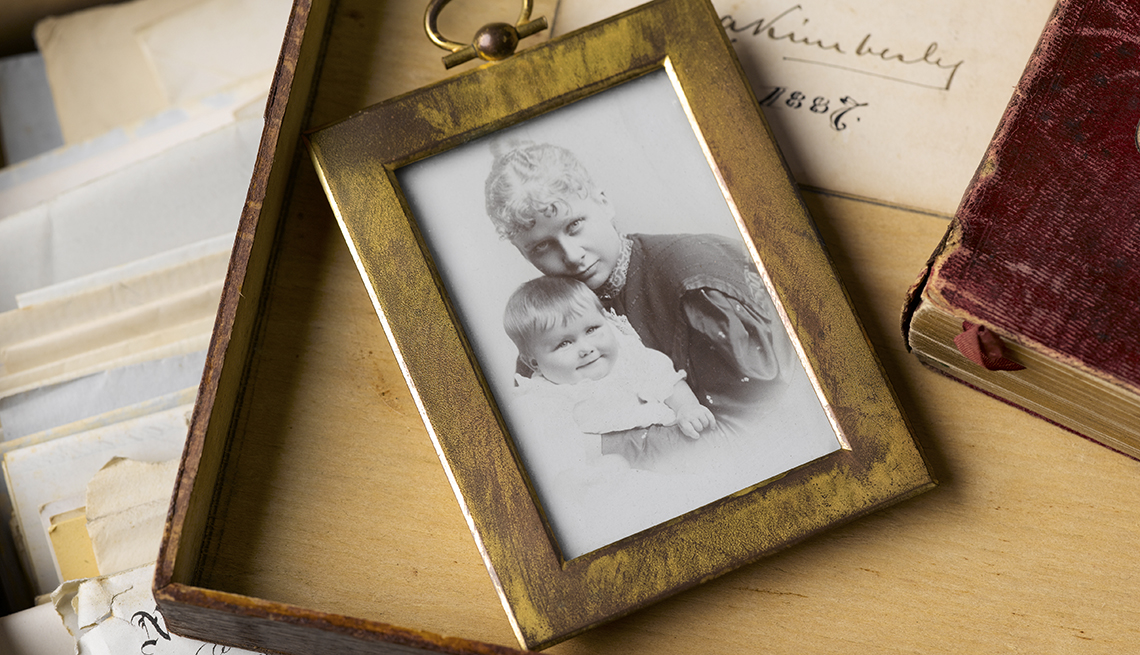 Frances Jean has taken advantage of the time she's been home alone during the coronavirus pandemic to declutter the Long Island house she's lived in for 31 years.

The retired pharmacist, 73, found the bridesmaid's dress she used to wear to all her friends’ weddings, and joked she was invited because hers, a hand-me-down, was the only fancy dress among all her friends — fellow immigrant graduate students who were on scholarships.

Jean found lab notebooks dating back to Columbia University in the 1970s, where she worked as a research scientist before she left to have children. 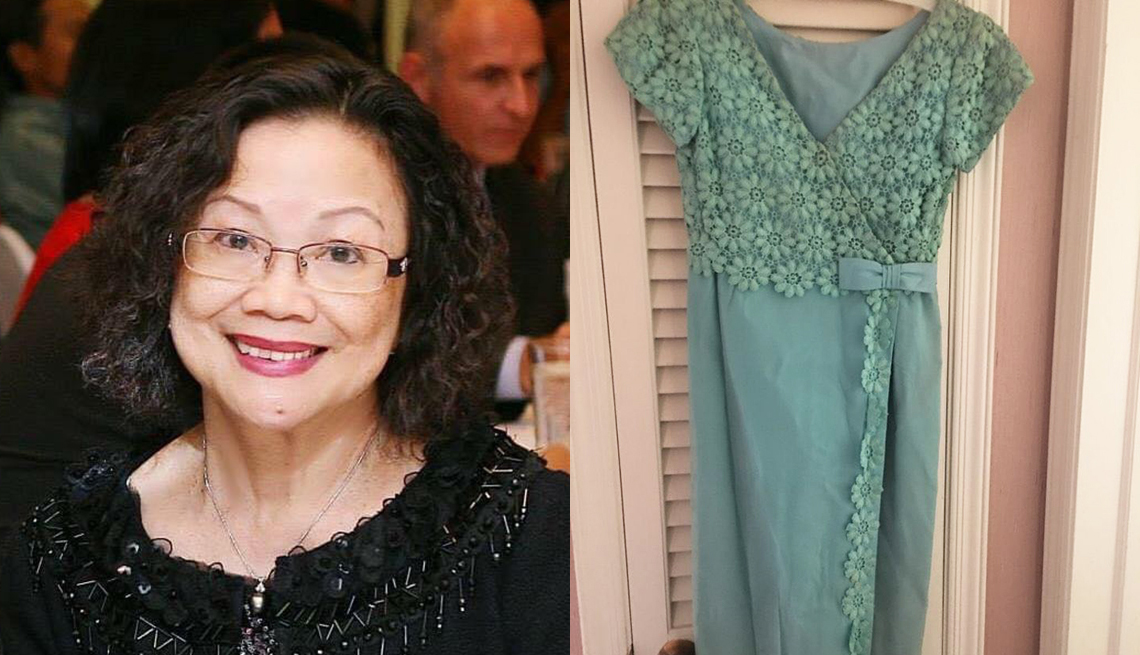 Frances Jean, who lives on New York’s Long Island, found the green bridesmaid’s dress she had worn to friends’ weddings in the 1970s while decluttering.

"I don't understand a thing,” she says of the notebooks now. She also found a handwritten map to her house and all her friends’ houses that they used to photocopy and mail to each other, long before Google Maps, GPS and MapQuest.

"They brought back a flood of precious memories from the big moment in my life over 50 years ago when I moved from Taiwan to New York City,” Jean says.

Monetary value low on most mementos

With no place to go and extra time on their hands, more and more adults are finally tackling those long put off, rainy day projects. They're rummaging through attics, basements, closets, garages and junk drawers — to remove clutter, sure, but also to hunt down valuable treasures. 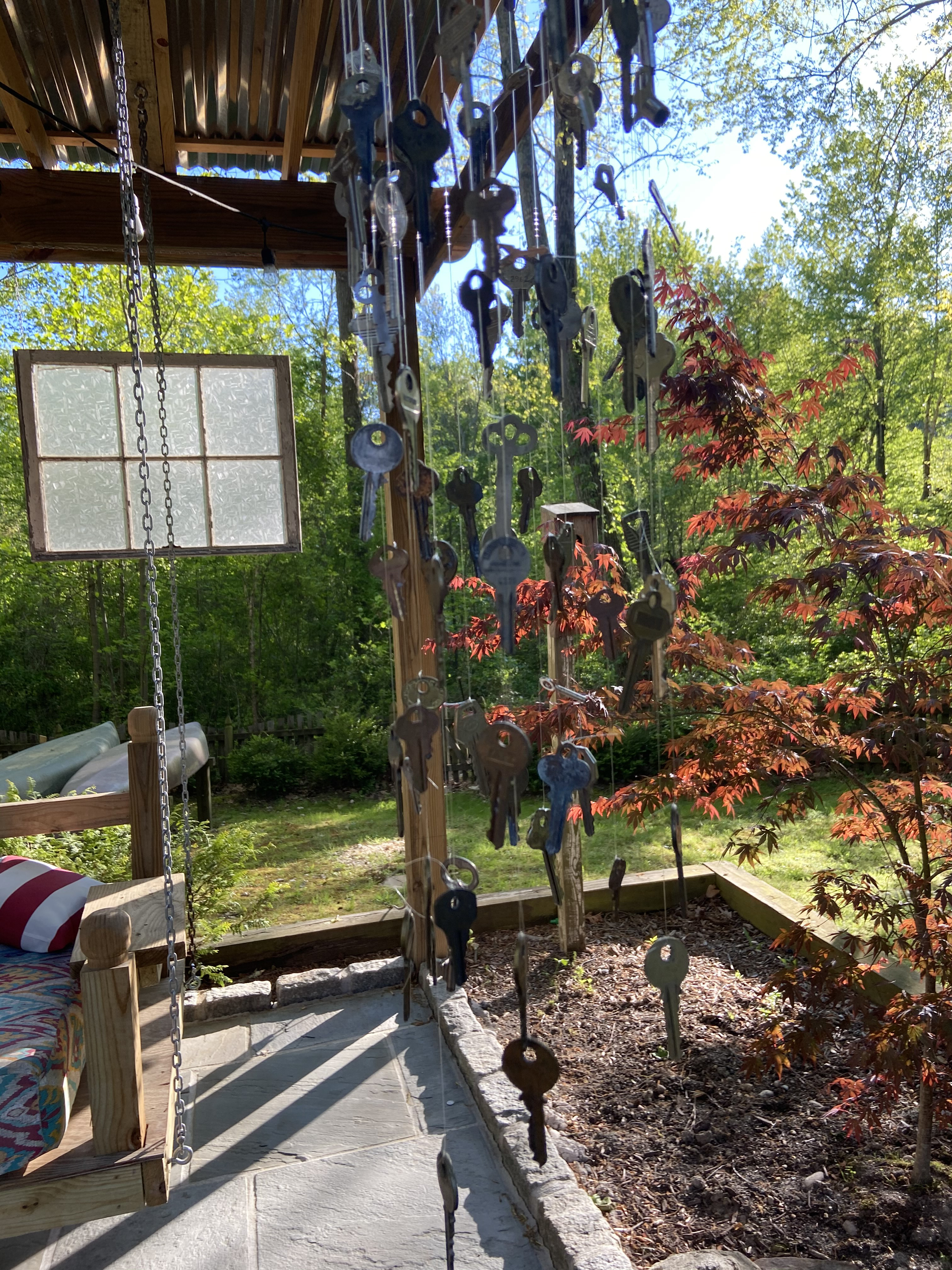 Not valuable in the sense of expensive jewelry or paintings that will make them fabulously wealthy — such discoveries happen but are rare. People in decluttering mode are more likely to be searching for gems that trigger a treasure trove of nostalgic tales to share with family and friends. Many are stories that will be passed to the next generation, often by posting pictures on social media but sometimes in more creative ways.

Nicole Lambert recently paid homage to her late grandfather by taking 50 to 60 of his old keys that had been stashed in a coffee can in her Richmond, Virginia, garage. Now they are a wind chime.

"Sewing machine questions are astronomical for us right now,” says Lisa Contoyannis, executive vice president for marketing and communications at San Francisco-based JustAnswer. The online question-and-answer company has seen queries to its experts around all kinds of appraisals climb from a few hundred a week to several thousand since the outbreaks began.

Appraisers typically will request a photo to examine items for markings, labels and other clues that may reveal something about its past.

Of course, sometimes you know exactly what that past is.

"One benefit of shelter-in-place is that my garage has never been cleaner,” says Dan Chmielewski, 59, a principal at Madison Alexander public relations firm based in Irvine, California. “I spent a Saturday throwing out junk, going through boxes and organizing shelves.” Chmielewski also found an old wallet dating back to high school and college with photos that have held up well through the years.

Among them was a family portrait, the only one Chmielewski has of his entire clan because his parents divorced five years after it was taken. Another: the first photo his eventual wife gave him when they started dating as college freshmen.

"These are treasures that made me happy to see because they were long forgotten,” he says.

Photos do fade through the years or have people or things in them that folks may have trouble remembering.

"The good news-bad news is, yes, we all have a lot of photos,” 2,500 to 4,000 by industry estimates, says Rick Voight, whose company Vivid-Pix in Alpharetta, Georgia, sells $49.99 software that uses artificial intelligence to help restore scanned prints, slides and documents.

Meanwhile, ScanMyPhotos chief executive Mitch Goldstone reports that sales of the aptly named company are at a four-year high because of the pandemic. Starting at $145, ScanMyPhotos will ship a prepaid box you're meant to load with about 1,800 pictures.

After you send the box back with your photos, the Irvine-based company scans and digitizes the images. Your originals and the digital copies then are returned to you. You can get negatives and slides scanned as well.

"People can't travel and go out, so they're revisiting past adventures,” Goldstone says. “But the bad part is most of the orders we're getting in now are for online memorial services." 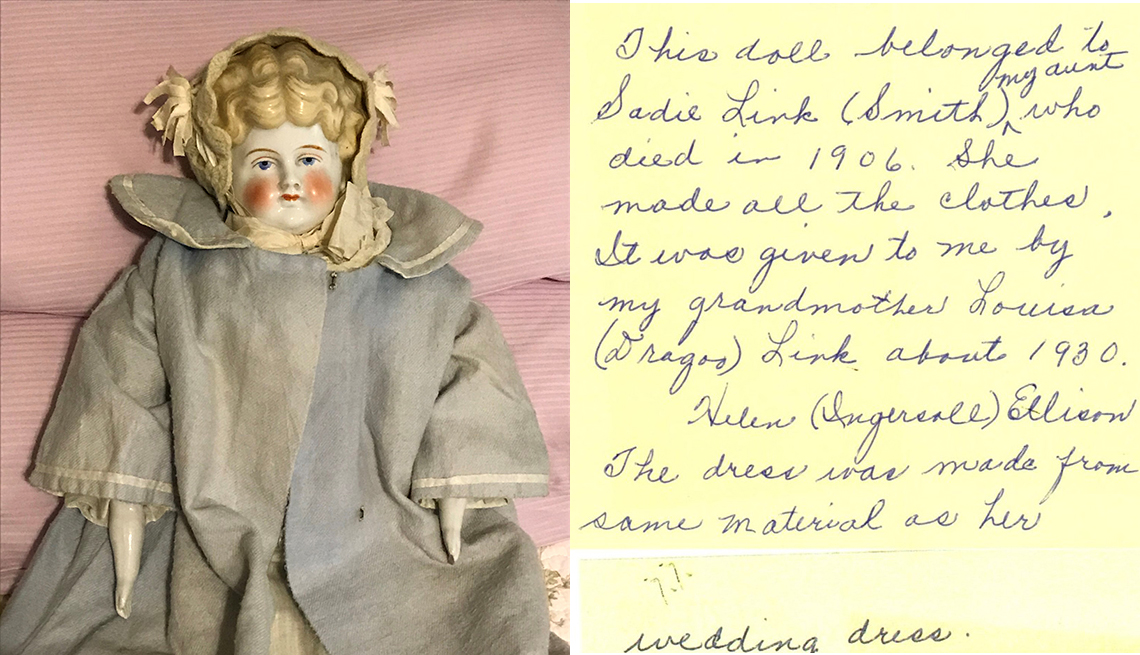 Kim Harrison of Sun City, Arizona, knew she had written down the history of this antique porcelain doll but nearly lost it.

Some discoveries tend to drive folks down a rabbit hole.

When Kim Harrison, 66, searched her Sun City, Arizona, home for the priceless handwritten note from her grandmother that explained the history of an early 1900s porcelain Mabel doll, she also came across an old family Bible.

"I remember having it,” Harrison says. “But I didn't realize it held so many samples of hair from my ancestors.” And the rediscovered note revealed that the doll's dress was made of the same material as its original owner's wedding dress.

As you hunt for your own keepsakes, Matt Paxton recommends one-hour projects. Paxton is host of Legacy List with Matt Paxton on PBS and has been a featured expert on 70 episodes of A&E's Hoarders since its debut in 2009.

"The junk drawer in the kitchen is my favorite place to start,” the Richmond, Virginia, resident says. “It's almost like a warm-up to an exercise.” If you find phone numbers and addresses, you have a perfect excuse to reach out to those people, or find out if those numbers are current. “This is a time to reflect, a time to relax. It's also a time to reconnect."

Paxton says he found a candy dish that belonged to his great aunt.

"Is it a valuable dish? No. It's worth maybe five bucks at auction. But it let me tell my kids the story about my great aunt who is the coolest damn chick I ever met,” he says. “The dish is the stepping stone to the story.”

For sure, some people are hoping to make a financial killing with what they find, especially those who have fallen on hard times. It isn't easy to do.

"We've been flooded with people who say, ‘This has been in my family for 60 years, and I want to sell it. How much can I get for that?'” says Judith Katz-Schwartz, a New York-based appraiser and a JustAnswer expert. “But it's also people cleaning and going up into the attic. Everybody has time on their hands. They're looking for something to do."

5 tips for sharing your family gems

Most family treasures aren't worth a lot of money but can be priceless to younger generations if they're preserved well.

• Write down the story of the item — or make an audio or video record of your memories. Explain why it is important or special to you, who gave it to you and under what circumstances.

If you're passing it on to someone else, “it's very nice to not just give a gift of something you yourself have had for a long time, but to give that gift with the story behind the gift,” says Josie Taylor, a category manager at JustAnswer.

• Think creatively about how to share an item. Paxton recalls the story of a family who found a jar with their grandma's buttons. Each family member took a button and replaced the bottom button on a favorite jacket with one of hers.

• Text a picture of stuff you are thinking of getting rid of to ask family members if they want any of the items. One reader of the Ask Amy advice column said she created a members-only Facebook page for that purpose with photos and information about each of the items. Paxton recommends setting a firm deadline for children, grandchildren, nieces and nephews to decide.

• Embrace the most embarrassing photos and post them online or show them to family and friends. Challenge others to do the same.

"That is how your grandkids and the next generation actually find out who you are,” Paxton says. “The treasures you will find are the stories and the reactions from your loved ones."

• Consider using StoryCorps Connect, a platform that allows you to conduct and preserve family interviews remotely using video conferencing technology, if you come across an heirloom, old photo or other keepsake and want to talk to a loved one about it. Such interviews become part of American history in the StoryCorps archive in the American Folklife Center at the Library of Congress.

StoryCorps is meant to be a place for two or more people to talk, rather than having a single person record a monologue.