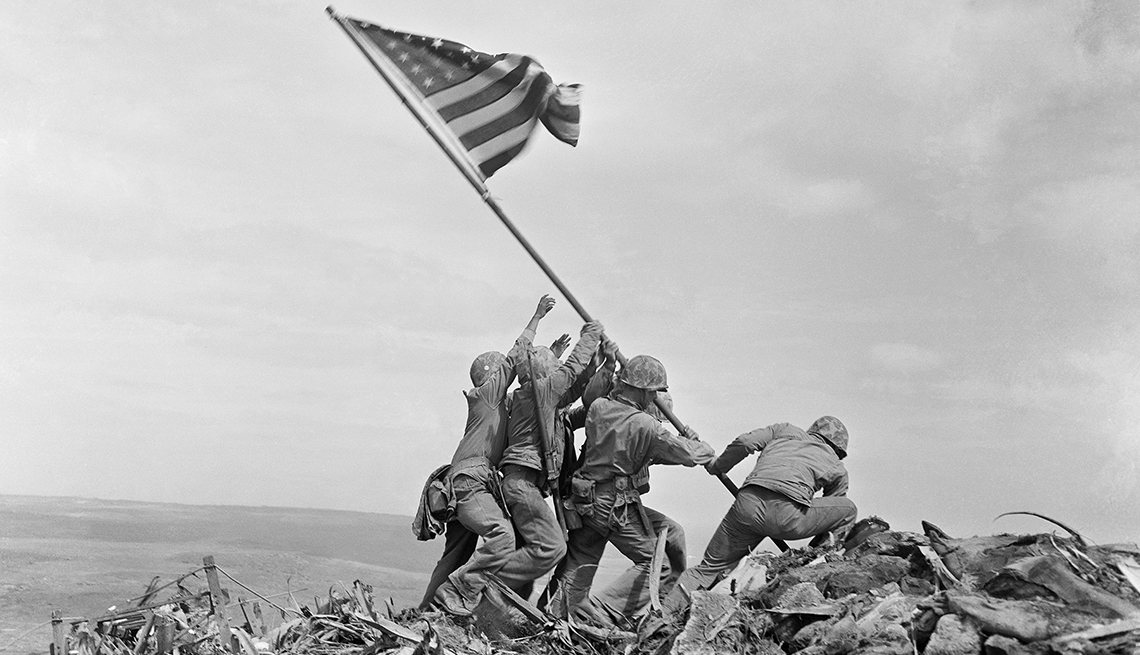 A Marine in the iconic photo of the flag-raising on Iwo Jima during World War II was misidentified, the Marine Corps said Thursday.

The photo was taken by Joe Rosenthal of the Associated Press and won the Pulitzer Prize. The image appeared on front pages of newspapers and gave Americans confidence that the war could be won.

But Marine Cpl. Harold P. Keller was in the photograph, not Pfc. Rene Gagnon, the Marine Corps said. Altogether, six Marines are in the photo.

The correction on the identity of a service member in the enduring photo is the second issued from the corps since 2016. Afterward, the Marines remained open to new information, and in July 2018, historians said another name was in error, a Marine Corps statement said.

"These historians provided a significant amount of new evidence for consideration, mostly in the form of dozens of previously private photographs,” the statement says.

The FBI helped in assessing the images.

Regardless of who was in the photograph, every Marine who set foot on the Japanese island or supported the effort from the sea and air is, and always will be, a part of our corps’ cherished history, the statement says.

His daughter, Kay Maurer of Clarence, Iowa, told the New York Times that the corps called her last month to tell her that her father was in the photo. She told the paper that her father rarely had discussed the war, probably because so many of his friends were killed or injured in combat.

Iwo Jima is one of few places on earth where after a “ferocious battle,” former adversaries come together as allies to honor those whose sacrifices laid the foundation for peace and prosperity, according to the Marine Corps.

The flag was raised on the island's Mount Suribachi on Feb. 23, 1945. President Harry S. Truman declared victory over Japan on Aug. 15 that year, prompting celebration for the U.S. and its allies around the world.

The flag raising is memorialized in a statue in Arlington, Virginia, and the image inspired the design of the National Marine Corps Museum in Triangle, Virginia.

"The impact of that photo, both in the military and out, was just unbelievable,” Marine Maj. Joshua Benson told AARP on Thursday. He is with the Marine Corps Combat Development Command in Quantico, Virginia.

"The effects reached well beyond the service members on Iwo Jima and impacted the overall war effort because it gave Americans confidence they could win the war,” he says.