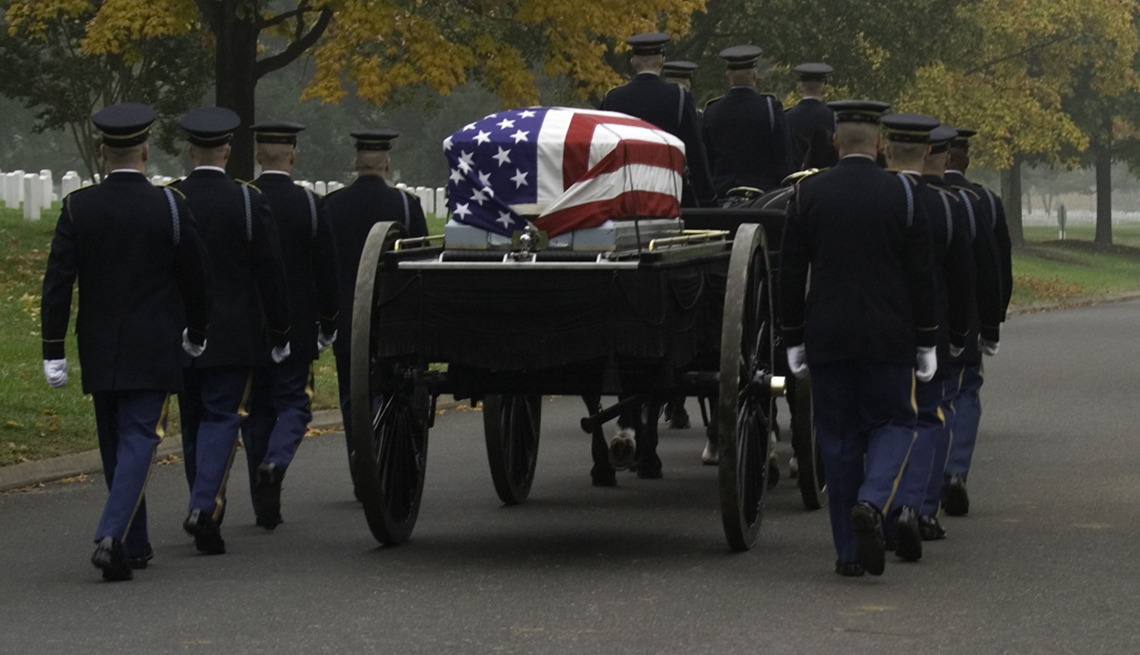 En español | U.S. service members who were not in combat after World War II may not be eligible to be laid to rest at Arlington National Cemetery, under a proposal designed to expand the life span of the grounds.

Currently, almost all of the 22 million living members of the armed forces and veterans are eligible to be buried at the cemetery, but fewer than 95,000 burial spaces remain. Under today's rules, new interments will be at capacity by the mid-2050s. The proposal would keep the grounds active for approximately 150 years.

Service members who would not be eligible for below-ground interment could be laid to rest in Arlington's above-ground facilities.

In creating the new requirements, “imperatives such as sacrifice, service and impact on the nation's security” were considered, Durham-Aguilera said. The proposed criteria are as follows.

Those eligible for below-ground interment would include:

Those who would be placed above ground include:

The implementation of any changes is not expected for about nine months. In the meantime, current rules will apply, including services already scheduled. The proposal will not affect veterans’ burial benefits or eligibility at the VA's 137 national cemeteries and 115 state cemeteries.

"This has been a very lengthy and deliberate process that has been done in the public domain,” said Katharine Kelley, former superintendent of Arlington National Cemetery. “We have a Federal Advisory Committee at Arlington National Cemetery, an independent body mandated by Congress to look at very substantive issues related to the cemetery, and they have looked at the question of eligibility for many years."

The process involved more than two and a half years of public outreach and deliberation, including feedback from veterans and military service organizations, as well as engagement with Arlington Cemetery senior leaders and committee members.

Cemetery officials received more than 250,000 responses to national surveys, with 95 percent of respondents saying they want the site not only to remain open but to remain open and active well into the future.

Now that acting Army Secretary Ryan McCarthy has outlined the proposal, once it is cleared, the Army will publish a draft rule in the Federal Register for public comment, adjudicate public comments and publish the final rule. “This is a lengthy process, but it's another opportunity to have a say in what the future of Arlington National Cemetery should be for our nation,” Durham-Aguilera said.

Meanwhile, the cemetery continues to pursue opportunities to expand its grounds. A project to expand the southern side of the cemetery will add more burial space. But according to the Army, the 37 acres are still not enough to allow new interments well into the future.

The expansion includes the area nearest the Air Force Memorial and part of the former grounds of the Navy Annex.