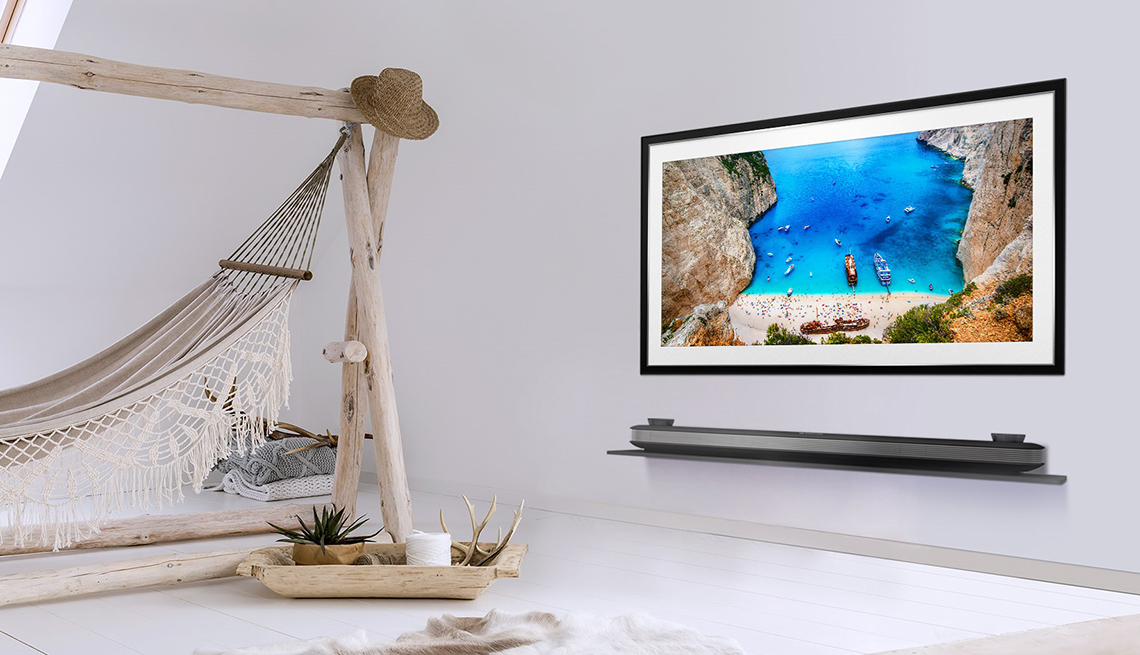 En español | You know it's time for a home theater makeover if:

a. You can't distinguish the color orange from the (new) black in your favorite prison show.

b. There's motion blur when people are running — and you're not watching The Flash.

d. You have more remotes on the coffee table than people in your home.

OK, so you get the point. I'll give up on a career in comedy and stick with tech.

While hypothetical, any of those issues means you might need a home entertainment refresh.

So why not take advantage of gift cards you received over the holidays — coupled with the fact retailers often discount older inventory ahead of Super Bowl Sunday — to treat yourself to a new television, better sound system or other home theater accoutrements?

Regardless of your budget, the following are a few picture-perfect suggestions tied to home entertainment. 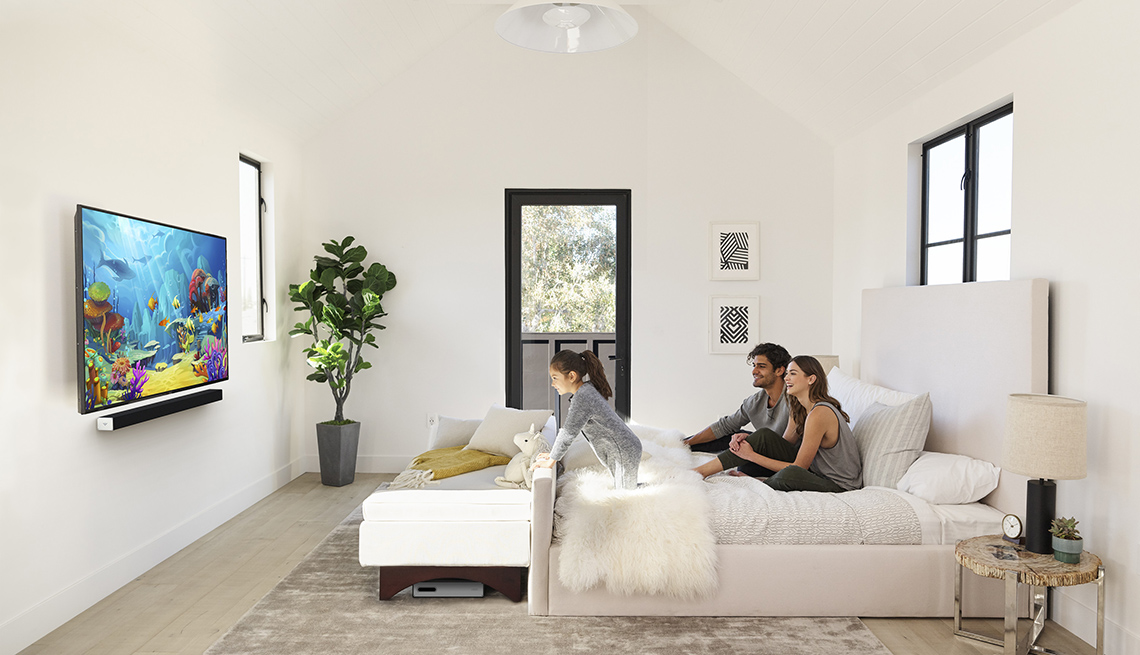 Home theater on the cheap

Even without a big budget, you can build an impressive home theater.

1. Big screen. You can pick up a 65-inch Vizio V Series LED TV for $499. As with the other televisions mentioned in this article, this Vizio model is a 4K TV, which means it offers four times the resolution of a HDTV — about 8 million pixels, or dots, compared to 2 million — which translates to a lot more detail. You might also see a 4K TV described as a “2160p” TV, opposed to HD at 1080p.

In plain English, the higher the number, the better.

This Vizio V Series TV is also “smart"; therefore, you can connect it to your Wi-Fi network to stream video services such as Amazon Prime Video, Disney+ and Netflix. Plus this television supports Apple Airplay, so you can wirelessly access content from your compatible mobile device, including movies, music, photos and TV shows.

2. Audio. For amplified sound, the TCL Alto 7+ at $149 is a relatively inexpensive 2.1-channel soundbar system that includes a wireless subwoofer to put somewhere else in the room for deep bass.

Featuring a four-speaker enclosure — that's two woofers for low-frequency sound and two tweeters for high frequencies — it can significantly boost the audio from your TV. It's also a Bluetooth speaker, so you can wirelessly pair your smartphone and play music from it.

3. Accessories. One of the Harmony universal remotes from Logitech, which start at $39, can replace all your existing remotes no matter what your price point. They're super easy to program by plugging the Harmony into a computer's USB port and downloading codes from the internet based on the specific components you have.

Then, going forward, press one of the activity-based commands on the remote, such as “Watch TV” or “Play a Blu-ray,” and the Harmony does the rest, turning on only the devices you need to begin watching and switching to the right settings. 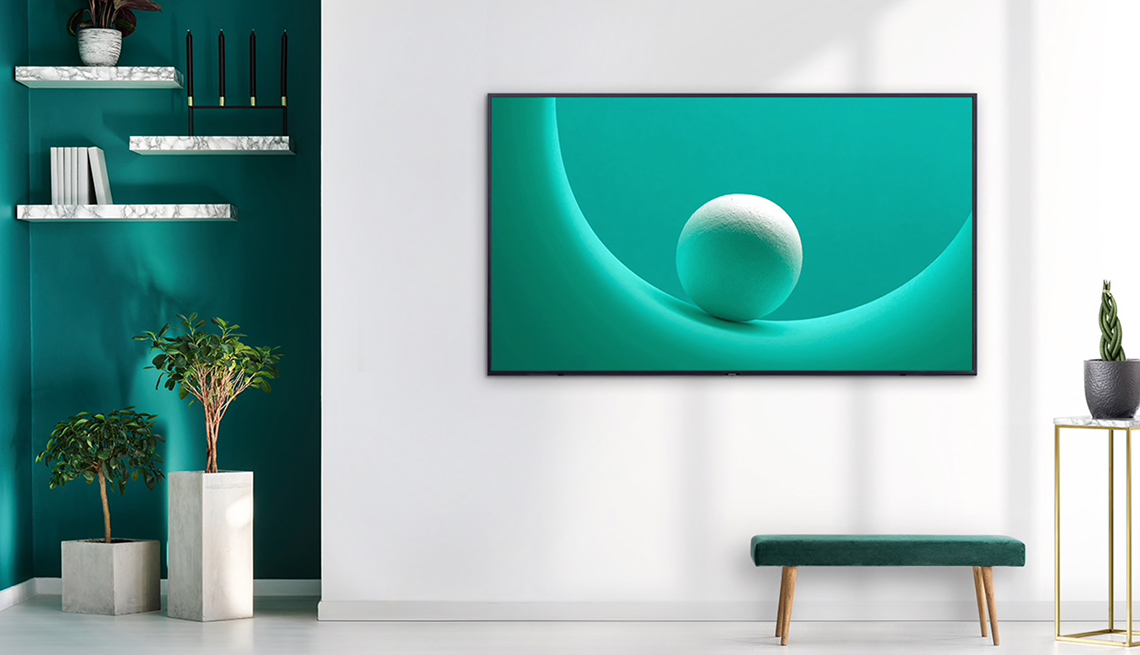 Have a little more cash to spend on your home theater?

Powered by “quantum dot” technology, Samsung's QLED televisions house teeny nano crystals, microscopic dots as small as a billionth of a meter, that boast what the company calls 100 percent color volume to capture subtle differences in color depending on brightness of the light in a picture. They also have an impressive contrast ratio, the difference between the whitest whites and darkest blacks, and smooth motion at 240 frames per second.

But vibrant color is the real story compared to many other televisions, especially when it comes to cyan, a blue-green; green; and red.

When you're not watching TV, this television has an “Ambient Mode,” which can show high-resolution artwork or news headlines and other information instead of a black rectangle on your wall.

2. Even bigger screen. If a projector is more your pace and you would like an image up to 120 inches, the Epson Home Cinema 3800 projector at $1,599 replicates the movie theater experience in your home.

Powered by 3LCD technology and 3,000 lumens of brightness, this mountable projector produces sharp, ultra-bright 16:9 aspect ratio images — whether it is projecting high-resolution 4K content or is upscaling 1080p HD video to near 4K quality with HDR for superior brightness, color and contrast.

Sold separately, a screen to mount on a wall is ideal, but you also could project onto a light, blank wall.

3. Audio. For amazing sound, the Bose Soundbar 500 speaker with a Bass Module 500 Subwoofer will set you back $850. Audiophiles will love the powerful, clear and well-balanced sound.

This soundbar has Amazon Alexa and Google Assistant already built in, so you can use your voice to play music from your favorite streaming service, ask questions or control your smart home. Bose also has an app for this speaker set to help you control and personalize the sound.

The first thing you will do with this two-part system is take advantage of Bose's ADAPTiQ audio room calibration, which fine-tunes the sound to best match your specific room. 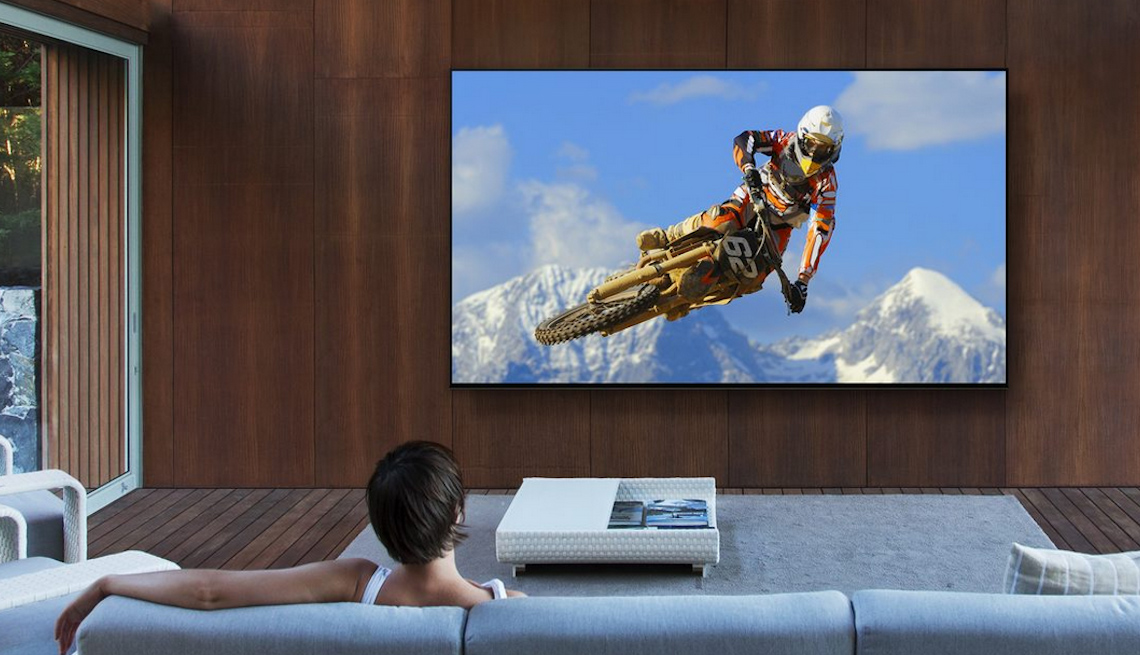 An ‘all out’ setup

If you've got a much healthier budget — and take your gaming, movies, sports and TV shows seriously — you have a few great options.

1. Big screen. Sony's 85-Inch Z9G Master Series TV for $9,999 is an 8K television, also referred to as 4320p resolution, that gives you the most immersive picture possible today. If you don't have 8K source material, which is scarce today, it can convert 4K video to near 8K quality.

Along with HDR and Dolby Vision support, this Z9G TV offers many other bells and whistles, including proprietary technologies for a crystal-clear and bright picture such as Sony's Backlight Master Drive for deeper blacks and brighter lights and 8K X-tended Dynamic Range PRO 20x that gives the screen 20 times the contrast range of a conventional LED edge-lit TV.

Yes, that's skinnier than a smartphone, believe it or not. The svelte iPhone 11 is 0.33 inches thick!

No wonder LG calls this its wallpaper TV.

TVs with OLED panels, pronounced “oh-led,” are incredibly thin because each pixel is its own light source; therefore, no backlighting is required.

More important, OLED televisions deliver a gorgeous picture, including unprecedented contrast ratios, again, the luminance between the brightest whites and the darkest blacks. They also have exceptional brightness compared to older LED-backlit TVs — the bigger the “nits” number, the brighter a screen is.

A bonus for your electric bill: OLED TVs are much more energy efficient than other TV panel types. They sip, rather than gulp, electricity.

LG's premium W9 TV supports Apple HomeKit, so you can control the TV through other Apple products; its Magic Remote, which acts like a mouse for the screen; and voice commands via the remote's microphone.

Speaking of Apple, Apple AirPlay 2 also is built in to bring content wirelessly from an iPhone or laptop to your big-screen TV.

3. Audio. Finally, if you want multichannel surround sound — and several speakers to place around your room — you'll need to start with a good audio-video receiver such as the top-of-the-line Denon AVRX8500H for $3,999, a 13.2-channel receiver with support for many audio technologies, known as “codecs,” such as Dolby Atmos, Dolby Surround, Dolby TrueHD, DTS-HD Master Audio and DTS:X.

Along with its eight HDMI inputs and three outputs that support 4K Ultra HD and 3D content, it has built-in Wi-Fi to connect to music streaming services, Bluetooth, a USB port and a versatile remote to control it all.

You'll also need several speakers and a subwoofer or two, which are sold separately.

Buying a television these days involves more than deciding its size. You'll have to make decisions in at least three areas: screen type, resolution and contrast.

• LCD. Plain liquid crystal display TVs, along with now-defunct plasma TVs, were among the first flat-screen TVs. They probably were the sets you bought before the Federal Communications Commission turned off analog TV in June 2009.

• LED. Light-emitting diode TVs are really a backlit type of LCD TV and account for the majority of what's on the market today. Many use a combination of regular LCD display with LEDs at the edges of the screen; full-array LED TVs use LEDs throughout.

• OLED. Organic light-emitting diodes are the Cadillac of today's technology, providing the blackest of blacks and high contrast but at premium prices. These TVs also retain their image quality when viewed from the side.

• HD. High definition TVs have a screen resolution of 1,920 pixels horizontally by 1,080 pixels vertically and contain about 2 million total pixels.

• UHD or 4K. Ultra high definition TVs, also called 4K TVs, have a screen resolution of 3,840 by 2,160 pixels, equaling about 8 million pixels and four times the number in an HD TV.

• HDR. High dynamic range is a TV feature, not always offered, that allows for brighter images and a wider array of more vivid colors. It increases the contrast between a TV's brightest whites and the darkest blacks.

• WCG. Wide color gamut often is paired with HDR technology, increasing the number of colors on a standard HD TV from 17 million to as many as a billion.