Pass on your passion for crafts like quilting, woodworking, stamp collecting more 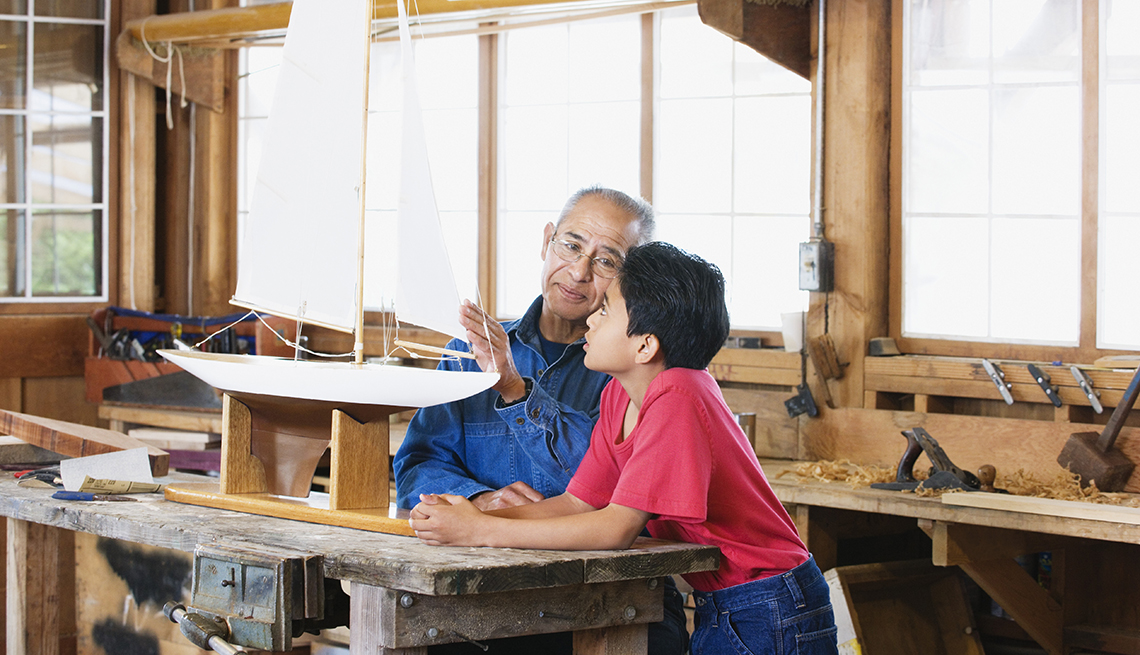 Myrah Brown Green has taught people how to quilt for more than 30 years. But she’s a realist when it comes to teaching her grandchildren.​“Don’t expect your children or grandchildren to love what you do,” says Green, 65, who has a doctorate in art history, teaches at Medgar Evers College in Brooklyn, New York, and is an expert on African American arts. Still, she has that desire to pass on what some might consider old-fashioned skills or hobbies.﻿​

​“A lot of these crafts are dying on a certain level,” she says. “So if we can get young people to actually take up the torch, it just gives hope that these arts will continue.”​Whether you do needlecraft, make model cars or collect stamps, it’s tempting to want your grandchildren to love it, too. And these kinds of hobbies teach skills like problem-solving, research and breaking a task into small steps. But tread carefully when trying to engage a young audience, Green and other craft and collecting experts say.​

“I want to share my passions with the kids. However, my passions are not their passions,” says James Wright, a woodworker from Rockford, Illinois, who teaches woodworking using hand tools on his YouTube channel. His videos often feature his three young and preteen children. “If I try to push my passions on them, it is a turnoff, and they don’t want to be a part of it. And so my goal is finding the things that intrigue them.”​

How can you engage a grandchild with a hobby near and dear to your heart? First, consider that time spent together might be the best lesson of all. And be open to learning something from them. Then try these 10 tips.​ 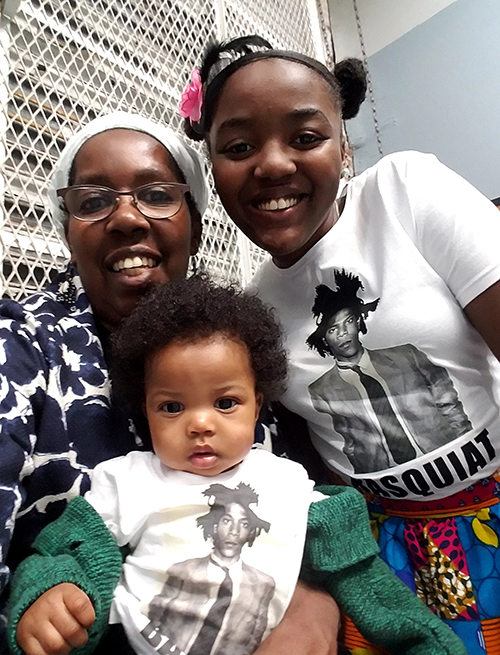 1. Keep it age-appropriate. For example, when can kids learn woodworking? When they are old enough to understand “sharp” means dangerous, says Wright, who made his first project when he was about 6. Start with something fun, such as peeling wood curls with a spokeshave, a two-handled plane, he suggests. “You’re just having fun with the wood.”​

2. Beware of distractions. Turn off the TV, says Amy Finlay of Amherst, Massachusetts, who owns KnittingHelp.com, an online knitting store and resource. Her family doesn’t even own a TV, but her kids sometimes listen to audiobooks while they work on craft projects, giving them another incentive to return to the project. ​

3. Create a narrative. Explain the personal reasons you collect or craft, says Scott English, executive director of the American Philatelic Society, an organization for stamp collectors. If you’re a collector, look for items that appeal to kids’ contemporary narratives. English, for example, likes Star Trek stamps. There are even stamps based on 1980s video games. (Fun fact: Did you know John Lennon collected stamps?)﻿​

​4. Make it all about them. One of Wright’s sons needed a stand for a laptop computer, so they made one. They also built a wooden connector for his video game controllers. “It’s tying his interests into the woodworking, as opposed to, ‘Come, let’s do woodworking,’ ” Wright says.​

5. Create success. Start small, advises Finlay, because getting kids back to a project on day two is often a struggle. “Finish something in an afternoon. … They want to make progress. They want to get to that completion and the satisfaction.” Her daughter, Erin, 13, who has been knitting since she was 3½, was 7 when she made her first YouTube video on how to crochet. Finlay suggests focusing on a gift. “Choose a nice little project for [a friend], and that will motivate you because you’ll want to get it done,” she says.​ 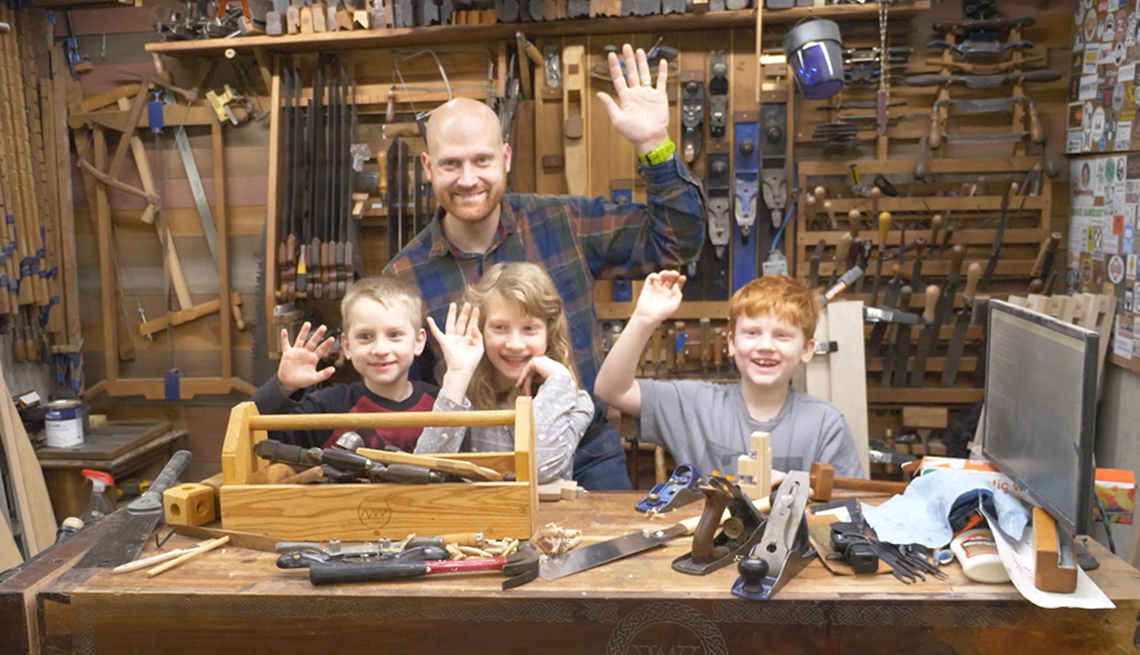 James Wright is passing on his woodworking skills to his children Arthur, Melody and JJ.
Courtesy James Wright

6. Go slowly with instructions. It’s easy to give kids so many steps they feel overwhelmed, Wright says. He’s learned to take it step-by-step with his daughter, Melody, 13, who’s the most interested of all his kids in woodworking. She even created her own YouTube channel, Melody’s Work Bench, where she demonstrates projects. Rather than explaining all of a project’s steps at once and boring or discouraging her, Wright gives her steps to do one at a time at her own pace.​

8. Play with materials. Erin suggests multicolored or self-striping yarn to keep kids engaged with yarn crafts. And go big, she says: “Big fat yarn. Big crochet hook. Big loops.” Green sometimes teaches quilting using paper. For stamp collecting, English suggests ordering a packet of stamps from the Philatelic Society and letting kids sort them out and discover what they like. “Let them go through them, see what interests them, and then find what threads they want to pull on a little harder,” he says.​

9. Connect with others. The Philatelic Society, for example, has a virtual stamp club for kids age 6 to 17 that costs $10 annually and includes a newsletter, welcome packet and access to online videos. Outschool, an online learning platform, offers virtual classes on everything from knitting to origami.

A grandchild could invite a friend — either in person or virtually — to learn a skill along with them. Or they could create their own how-to video, or teach you how to make one.​

10. Don’t despair. Even if a hobby doesn’t catch on, grandparents are influencers, Green says. “It becomes a part of their arsenal of stuff. And even if they only use it because they appreciate it but don’t want to do it, they’ll collect it, or they’ll buy it as a gift.”​

This story was originally published Dec. 18, 2020. It has been updated to reflect new information. 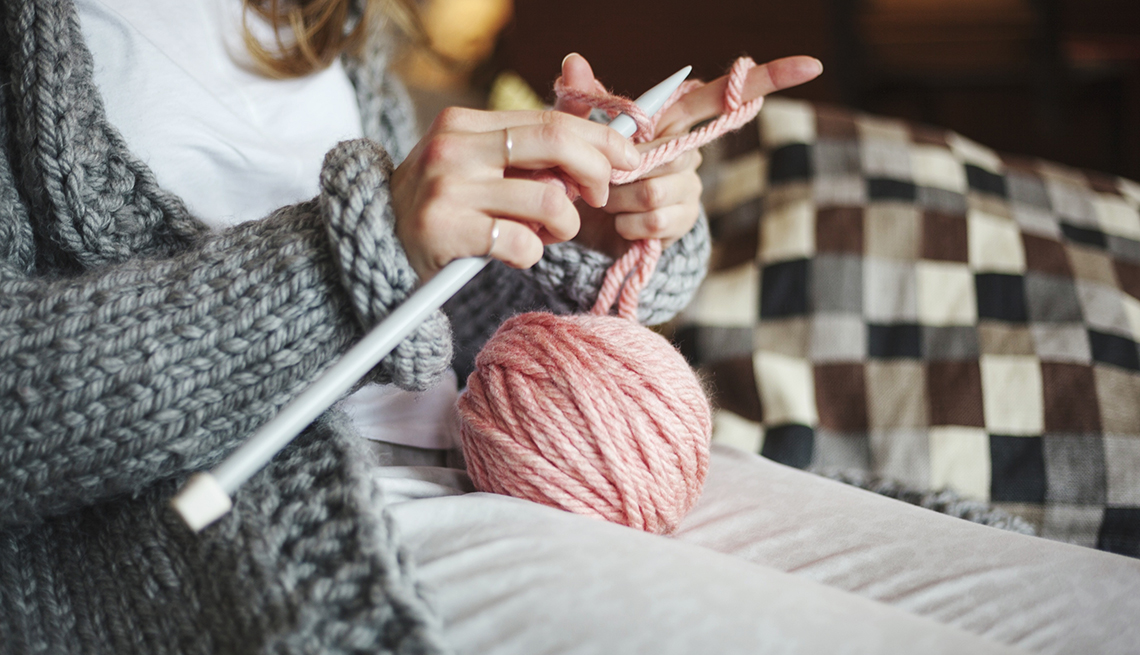 Knitting Is Back in a Big Way. Just Ask Julia Roberts 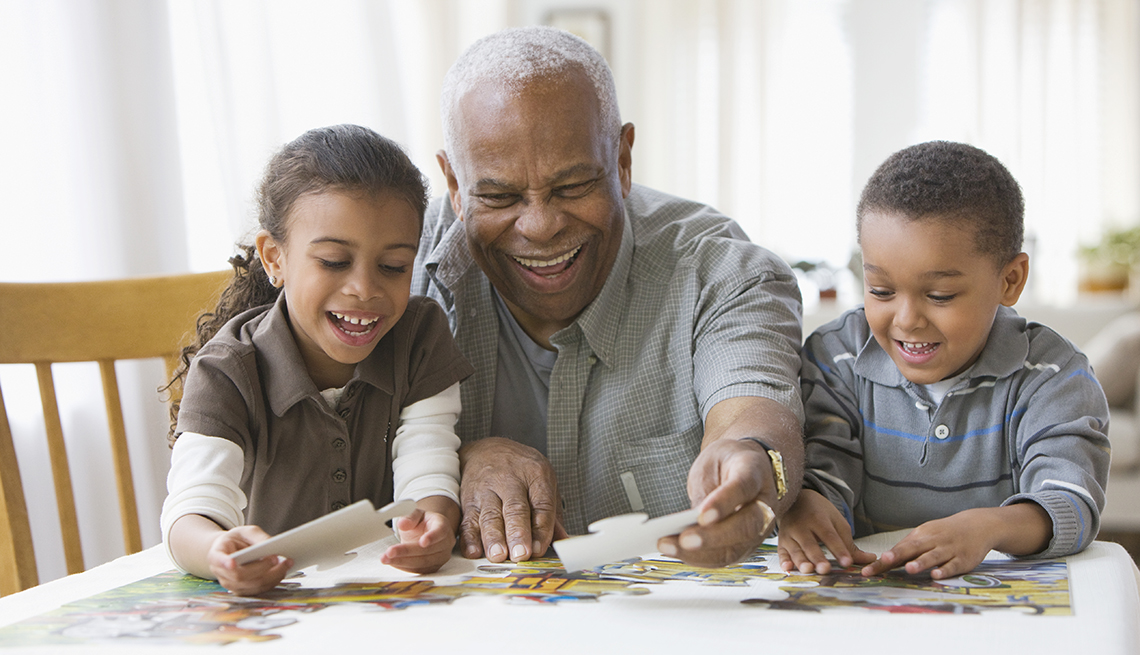 8 Ways to Get to Know the Grandkids

Grandchildren may have gained new skills, interests or moved into a new developmental stage 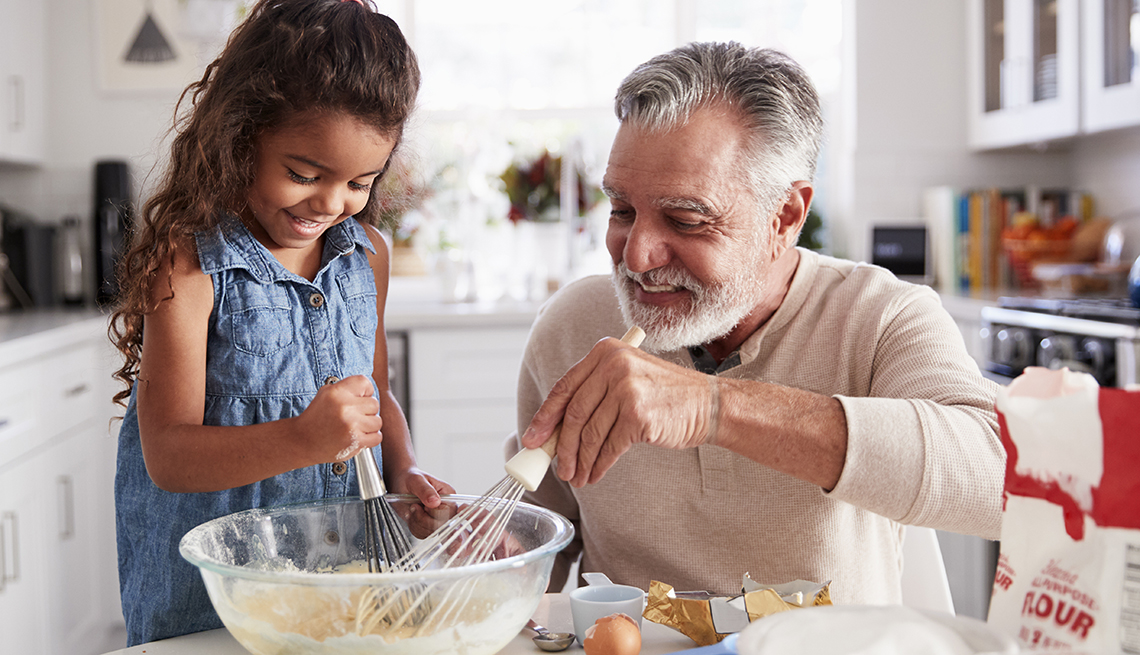 Whether in person or virtually, strengthen bonds by sharing recipes, techniques for creating confections