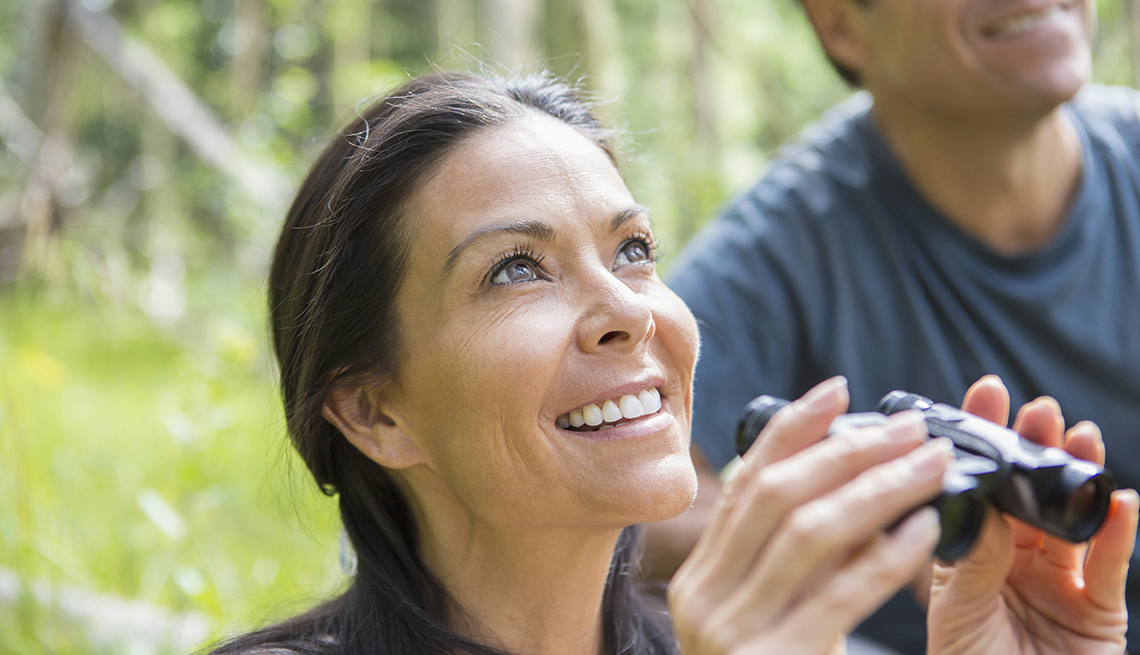 En español | Sometime during the country's pandemic-imposed lockdown, between baking bread and Zoom meetings, many Americans looked outside and began to appreciate the colorful wildlife their windows framed: birds.

Birding, once scorned as a nerdy pastime of list-keepers and early risers, began booming during the height of shelter-in-place orders, which coincided with birds’ annual spring migration in North America. The American Birding Association's podcast went from 5,000 downloads a week in February to about 8,000 in May. The Audubon Society, the bird conservation nonprofit, says its website traffic spiked 23 percent in March and April, compared to the year prior. Its local Chicago chapter saw activity in its Facebook group grow 134 percent from March to April.

"To us, birds have always been symbols of freedom,” says Jeffrey Gordon, the ABA's president. “Especially when you're feeling locked down and a little shut in, birds can be that ray of light that illuminates your little room."

Birding is also one of the most convenient forms of wildlife watching — birds are everywhere, scientists point out, from inner cities to Antarctica.

"Any city is great for birding no matter where you are,” says Kathi Borgmann, communications coordinator for the Cornell Lab of Ornithology, Cornell University's center for the study of birds, who recently spied Cape May warblers near her Ithaca, New York, home. “There are always birds to be seen. Even in the backyard. You just have to look up."

When you do, make sure to notice four things that will help you identify a bird's species: size and shape, color pattern, habitat or where you saw it, and behavior, or what it was doing.

Field guides are traditional sources for identifying birds. But modern apps and websites speed up the results. With the Cornell lab's free Merlin Bird ID app, you can enter details of your sighting and then it returns a list of possibilities, narrowing them down based on likelihood. Audubon Bird Guides, the Audubon Society's free app, functions similarly and you can share photos with other users. If you're still stymied, you can join the ABA's Facebook group What's This Bird? and get an answer promptly.

Your only investment in this pastime, financially speaking? A basic pair of binoculars.

"You don't need to spend thousands,” says Borgmann. “A couple hundred is enough to get started. After that, it's just observation skills and time to look at birds and pay attention."

Anyone seeking to indulge their new (or established) interest in birds doesn't have to travel far, as stay-at-home birding converts can attest. For better or worse, many cities are bird magnets.

"Light draws birds off their migratory paths,” says Judy Pollock, president of Chicago's Audubon Society chapter. “In Chicago, we're attracting birds, sadly, because there are a lot of hazards here. But on the other side, we have spectacular habitat,” including bird sanctuaries, some on Lake Michigan.

In New York City, the dual beams of light that pay tribute to the victims of 9/11 attract — and trap — thousands of birds during the fall migration, prompting nightlong vigils during which the lights are periodically extinguished, allowing birds to disperse.

The ABA's Gordon highlights Tucson, Arizona, for its birding appeal. “For a landlocked city, Tucson is incredible,” he says, crediting the convergence of two mountain chains surrounded by the lush Sonoran Desert for habitat diversity.

When you think about where to bird in the U.S., also think water.

"If you made a map of dream birding destinations in the U.S., it would rim the southern border and wrap up the coasts with dots throughout the interior,” says Gordon.

One of his favorite spots: South Florida's Everglades region, a destination that converted him to birds as a 12-year-old. “You can see them up close and get good pictures even with a very modest camera,” he says.

For Cornell's Borgmann, the Magee Marsh Boardwalk on the southern shore of Lake Erie in Ohio is a favorite during spring migrations. “You see tons of warblers and they're all at eye level because the trees are short,” she says.

Spring and fall migrations in the U.S. largely follow three major flyways: the Pacific, Mississippi and Eastern. But migrations happen everywhere. Bosque del Apache National Wildlife Refuge in southern New Mexico, for example, attracts cranes, ducks, geese and other water fowl mid-November through mid-May. In March, more than 600,000 sandhill cranes gather in the Platte River Valley near Kearney, Nebraska, in one of the planet's great migrations. 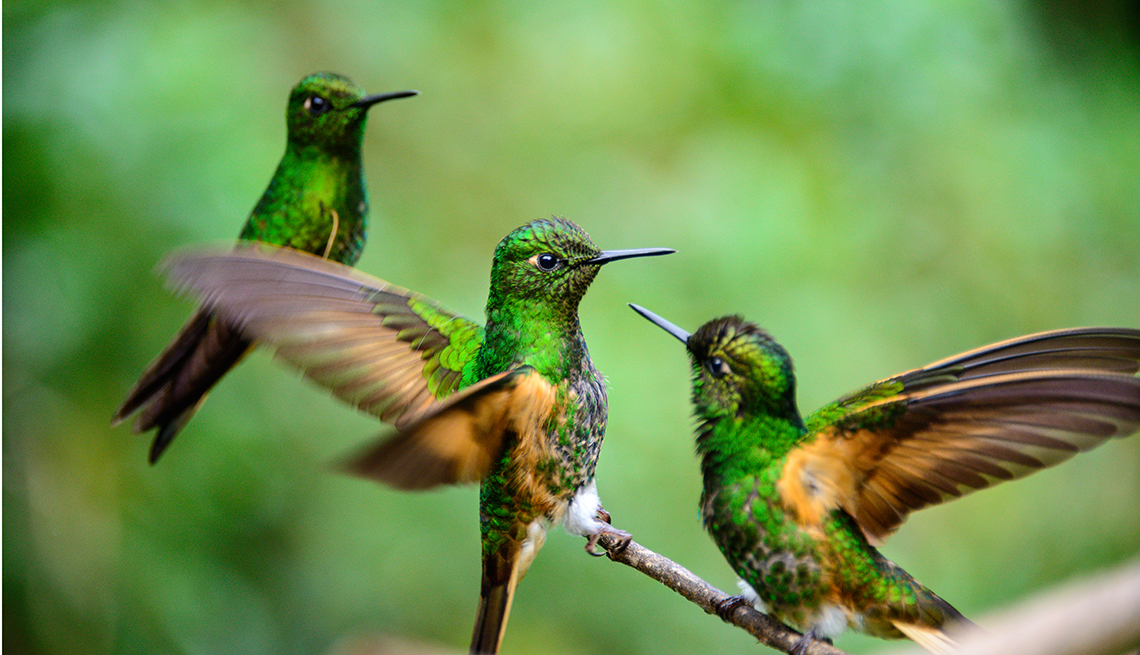 Humming birds in the Cocora Valley near Salento in Colombia.

Birders tend to travel abroad for diversity, according to John Lowry, the ABA's marketing director. “There are 1,000 bird species in the U.S. and Canada,” he says. “There are 10,000 birds in the world."

Generally, species are more diversified closest to the equator, making many countries that wring Earth's belt — from Ecuador to Kenya and Indonesia — attractive to birders.

Borgmann, who does a birding trip at least once a year, singles out Colombia. “Colombia has the most bird diversity anywhere,” she says. “The people of Colombia are so warm and giving and friendly, and they are really starting to care about their environment."