Eight decades ago, the child of the Depression sat out the big dance.

Her father was unemployed; her stepmother brought home little money from working in a store. Danis felt too poor to join her classmates.

"Money was scarce,” she remembers. “My parents didn't have the money for me to buy a gown. I would have borrowed everything to do it."

Even though graduation was on the horizon, Danis dropped out of school before the annual springtime rite of passage. “I quit in the 12th grade,” she says, “because I couldn't keep up financially."

Huddon's son Evan, 19, is a great-grandson to Danis and a senior at Pilgrim High School in neighboring West Warwick, another Providence suburb.

Julie Huddon approached her son and the school principal to ask if her “Grammie” could join in the fun.

Grammie said yes, too, after Huddon staged a “promposal” to formally invite the family matriarch to the May 24th dinner-dance.

At the time the granddaughter placed a rhinestone tiara in a gift box. She cut pink paper into the shape of a heart and inside the heart, wrote: “Will you be my prom queen and go to senior prom with me?"

Then Grammie said yes to a dress.

On JCPenney's website, Huddon scoured the fancy dresses until a lavender, floor-length ensemble “just screamed her name to me."

The dress came with a flowing chiffon skirt and sequined, lacy bodice with a matching cropped jacket. On prom night, her silver-haired Grammie, with a floral wristlet and shimmery cocktail purse, looked divine.

About 200 high school couples plus chaperones applauded as the oldest person in attendance kicked up her heels at the dinner-dance at the Rhodes on the Pawtuxet in Cranston.

Newly crowned, the couple danced the hully gully before adolescents in black-tie attire who witnessed an adage — age is just a number — play out on the dance floor.

Before a quarter past 10, Grammie danced the cupid shuffle and cha-cha slide, and then it was time to go, since a trolley the family had rented for the occasion was theirs until 10:30. 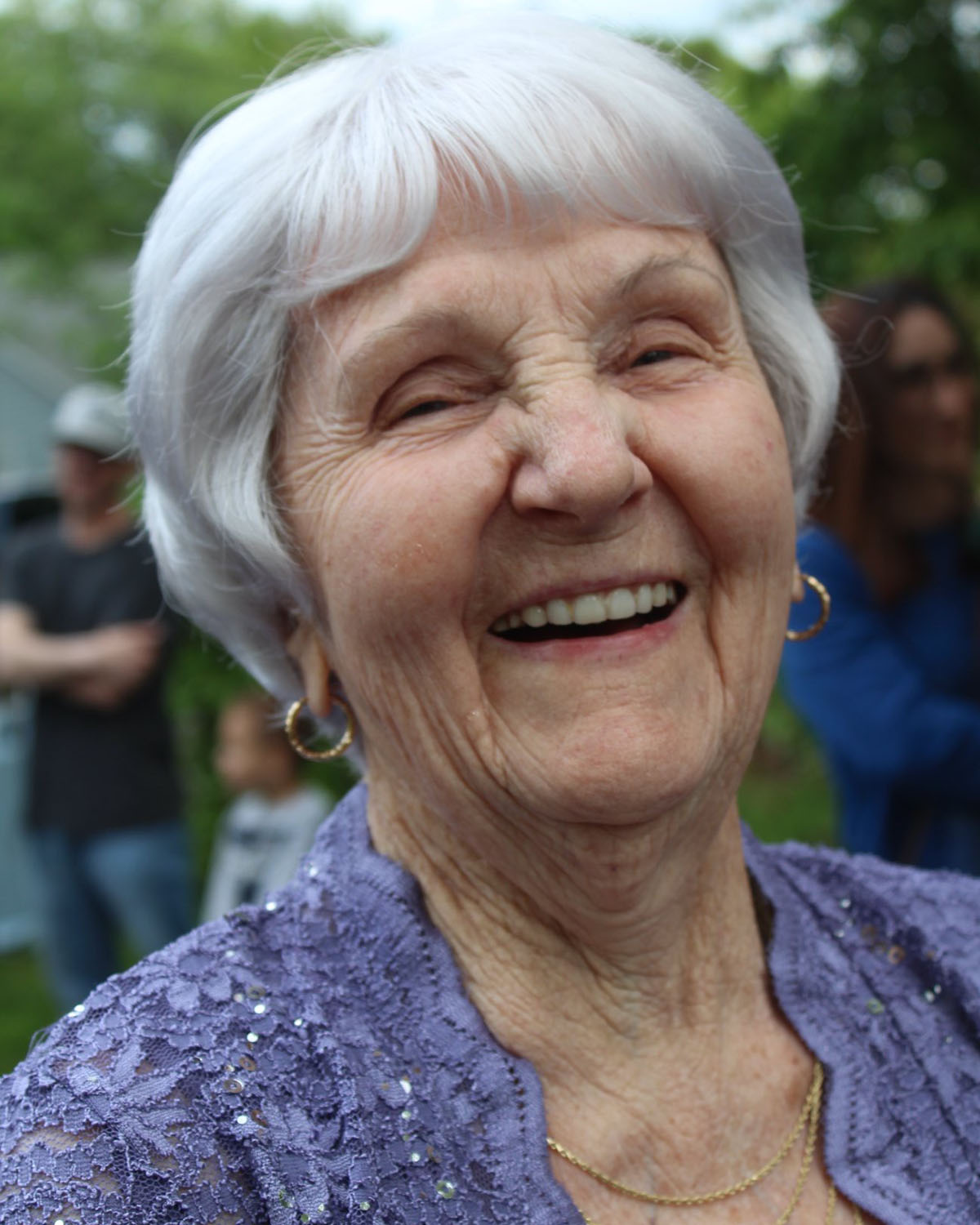 “It was nice to see all the young people dancing and getting along. Without liquor.”

Granddaughter Huddon got the idea to attack an item on the family matriarch's bucket list last fall, when Grammie sat on Santa Claus’ lap for the first time. Evan Huddon organizes an annual toy drive on the day after Thanksgiving, and last year it was at a bowling alley that drew the big-bellied man in red.

Helen Danis dances with her granddaughter, Julie Huddon, at prom

Huddon, a school nurse, says another relative urged her to keep ticking the boxes on Grammie's bucket list. “My nephew's wife said, ‘You need to figure what she hasn't done and what she wants to and try to get it done. And if anyone can do it, you can.’ “

Once Danis brought up — again — the story about being sidelined during her high school prom, Huddon started scheming.

Says Habershaw, the principal: “I think the overall message is that we have to take care of elders, and if they have things that they want to do, we have to help them achieve these goals."

Danis “had never gone to prom in her life, and that's something we provided for her,” the principal adds. “It was a good, fun night, and the kids were very receptive. And she loved it."

Though the deejay packed up and stopped playing music a week ago, the media attention has kept on since Danis’ story was broadcast in Providence, and it has gone viral since.