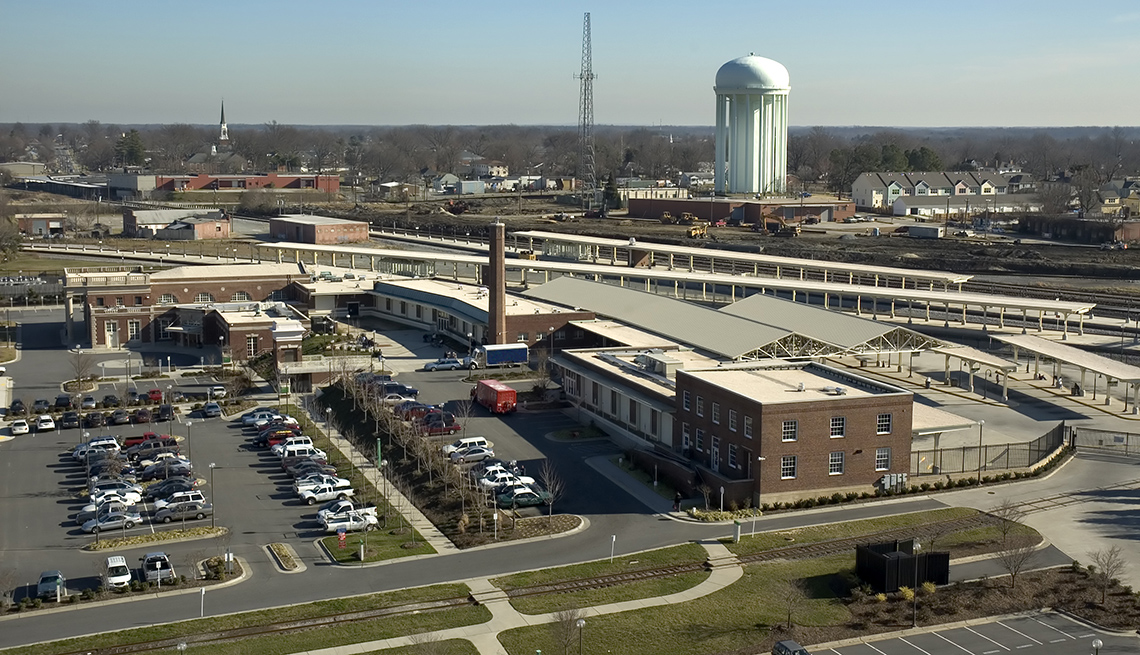 As a skinny 14-year-old with braces and an unfortunate 1970s shag haircut, I stood up to deliver a book report in my 8th grade social studies class. I’ve long since forgotten the book, but the report will be with me for the rest of my life. It started with a few barely audible whispers of “sweets” and “sweetie,” like the chirping of distant birds. I tried to stay focused on my presentation but the taunts grew louder and harsher: “queer,” “’mo,” “fag.” The teacher, a tall, imposing man with piercing eyes, heard the heckling—how could he not? But aside from a half-hearted “Be quiet,” he took no action. In that moment, I was completely alone. I stumbled to the finish line with my report, slunk back to my seat, and made a vow. At my first opportunity, I would leave Greensboro, North Carolina, the scene of this particular crime (and others like it).

Even before this moment, I’d never felt at home in my hometown. As a boy, I wanted to live elsewhere. I burned to travel, to see big cities and oceans and foreign countries—to be, in the words of novelist Mona Simpson, “anywhere but here.” Four years after the book report, I moved away to attend college in Charlotte. I eventually settled in San Francisco, where I’ve lived since 1987.

In midlife, something unexpected has happened: most of my travels happen to take me back to Greensboro. More surprising still: I’ve come to accept that returning to my personal ground zero has helped me live a richer, fuller life. Going back to my hometown has helped me move forward.

Struggles for Acceptance, Big and Small

Greensboro has long been known chiefly for textiles, tobacco and furniture; many describe it as a pretty, leafy city and a good place to raise a family. Detractors call it a city without a center, character, or much to do. There’s even a Twitter account called “Greensboring.” Greensboro’s most defining national moment occurred in February 1960, when four African-American college students sat down at a segregated Woolworth’s lunch counter. They were denied service but refused to leave. By comparison, my life in Greensboro was much less dramatic, though I had my own struggles for acceptance. Growing up in the 1960s, I sensed I was different almost from the beginning. In my family, I was the only boy (with four sisters) and the youngest child. I had asthma, so unlike others my age, I swam instead of playing ball. I loved to draw and write, and I devoted entire afternoons to these pursuits. I grew up on a street with few kids my age; the middle-aged neighbors were my playmates

At the time, these differences made me feel special, and fortunately, so did my family. But that specialness turned to shame sometime around fourth grade, when my athletic ineptitudes routinely enraged the other boys in my class. On sports teams, the captains would argue over who had to take me (“He was on my team last time, it’s your turn!”). Playground sneers led to shoving circles which led to frequent threats from boys my age and older. Once I accomplished my great escape to college, I could be away from the classmates I didn’t want to see and the family I didn’t want to disappoint. I could accept the fact I was gay. I could start my life. I hid my homosexuality from my family for years out of shame and the fear they wouldn’t accept me. I introduced Nick, my partner with whom I’ve shared my life since 1981, as my friend and later, roommate. It was my father I worried most about. Though a sophisticated and kind Southern gentleman, and one of North Carolina’s top photographers, he had made his repulsion toward homosexuality clear to me. On a late evening in the mid 1970s, I sat in our wood-paneled den with my father watching The Tonight Show. Truman Capote was introduced as a guest. “That man’s as queer as it gets,” my father said with disgust, changing the channel. I’d never seen him change the channel on Johnny Carson before and I worried that he would change the channel on me. And so, years later I adopted a “don’t ask, don’t tell” approach with my family (long before it was a military strategy). I told them about the things Nick and I did, such as buying a condo together, but I never made the Big Announcement. I wouldn’t advise this strategy today, but at the time it seemed a sensible approach—especially as the news about AIDS in the mid 1980s grew more frightening.

Though I’d moved away from Greensboro, I continued to return to visit my extended family. And yet, I didn’t feel I could be myself around them, even after I’d come out to some members; I still carried a deep sense of shame. A drive through town was sure to summon old ghosts. I was always relieved when it was time to go. Slowly, through maturity, circumstances, and yes, therapy, something unexpected happened. My disdain for Greensboro started to dissolve. My father died in 1993. I loved and admired him greatly and it was a painful loss. But it helped me come out more to my mother and family. By 2006, my mother had slipped into dementia. My sisters and I had to move her out of the two-story, red-brick home where I took refuge from the hostile world for so many years.

At first, the loss of my childhood home left me feeling unmoored. But in time, I felt a sense of freedom, too. And with freedom came a choice. I could continue bemoaning all the things Greensboro had never provided me over the years. Or I could start exploring what my hometown could offer me now. It’s a philosophy I try to apply to all areas of life—to look beyond the familiar to find the unfamiliar. I strive to avoid falling into old patterns of thinking when I return now to Greensboro. The past will always be a part of me. But why should it influence the present? And to take that a step further, why should I be any different in Greensboro than I am in San Francisco? Since making that choice, the more I visit Greensboro, the less my ghosts appear. When they do, I have no time for them. I’m too busy visiting my mother who, I’m happy to report, still remembers her children. I’m cutting up with my sisters in a restaurant. Meeting old classmates for a drink. Or getting into snowball fights with a great niece and nephew. I cherish these visits, and here’s the kicker: I frequently wish I could stay longer. I still encounter the occasional Greensboro bully. When I do, I’m better prepared. A few years ago, I was at a bar downtown with some friends from school I’d reconnected with. When I ordered a cosmopolitan, the bartender wanted to know if the drink was for me. I said it was. “But that’s a girly drink,” she sneered. I shrugged. “It takes a man to order a girly drink!” Not long ago, I had dinner in Greensboro with Lisa, a woman I’ve known since childhood. I told her how painful it had been for me in years past to visit, how isolated and alone I’d felt there. Lisa had been a popular cheerleader in high school, so I wasn't sure she would relate to my plight. Lisa thought for a moment and said, “We’ve all got a version of that story.”

She’s right, of course. Everyone has painful memories from their youth, and many of us carry them well into midlife. In my case, going back to my hometown of Greensboro over the years provided me with the means to move forward in my life. And though I couldn’t have known it when I was growing up, in that moment with Lisa I realized something important: I hadn’t been so alone in Greensboro after all.