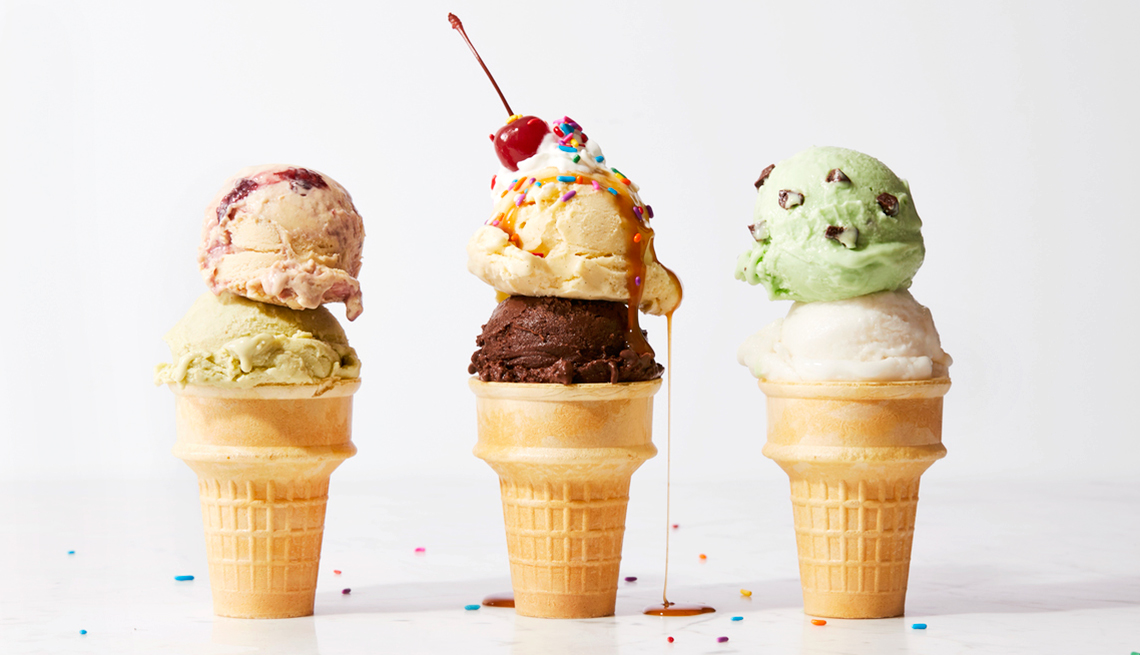 We cannot tell a lie: Ice cream flavors, toppings and products have come a long way since the days of our Founding Fathers.

Historians believe America's love for ice cream dates back to our Founding Fathers. According to an NPR interview with author and journalist Amy Ettinger, President George Washington started the craze after being introduced to the frozen dessert around 1770. He later served the treat to guests at Mount Vernon.

Over the years, makers of this sweet frozen dessert have tweaked their recipes, with some changing the texture and others trying to make it healthier. Flavors have also evolved, but some oldies are still goodies. Tell us which of these top six you like the most in our AARP poll.