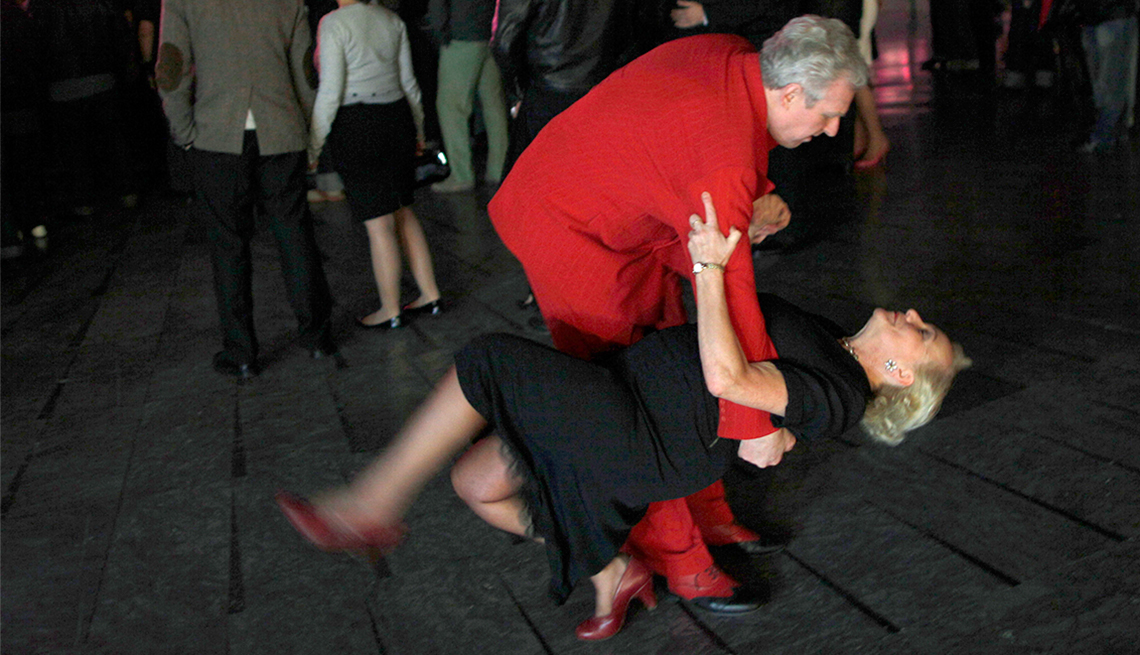 Dancing duo Dietmar Ehrentraut and his wife, Nellia, of Germany

Austrian-born Dietmar and Nellia Ehrentraut are the latest internet sensation, with 64 million views to their credit after a video of their performance at a dance contest in Bavaria recently went viral. The residents of Durmersheim, Germany, who were caught on camera busting a few moves — and twirls and dips — to “Down the Road Apiece” by the Refreshments, have been caught off guard by their internet fame.

“We are quite flabbergasted,” Dietmar told the London-based website the Mirror. “I had not even seen anyone filming us.”

Married since 1970, the couple are award-winning dancers who specialize in dances from the 1940s and 1950s, such as the Lindy hop and the jitterbug. They’ve won five national championships, four Austrian and one German, and also give courses and workshops to pass on their skills.

But the main reason they dance, Nellia Ehrentraut told ABC News, is simple: “We still have a lot of fun.” With their obvious exuberance and fluid moves, they’re also real-life advertisements for the health benefits of dancing away those golden years.