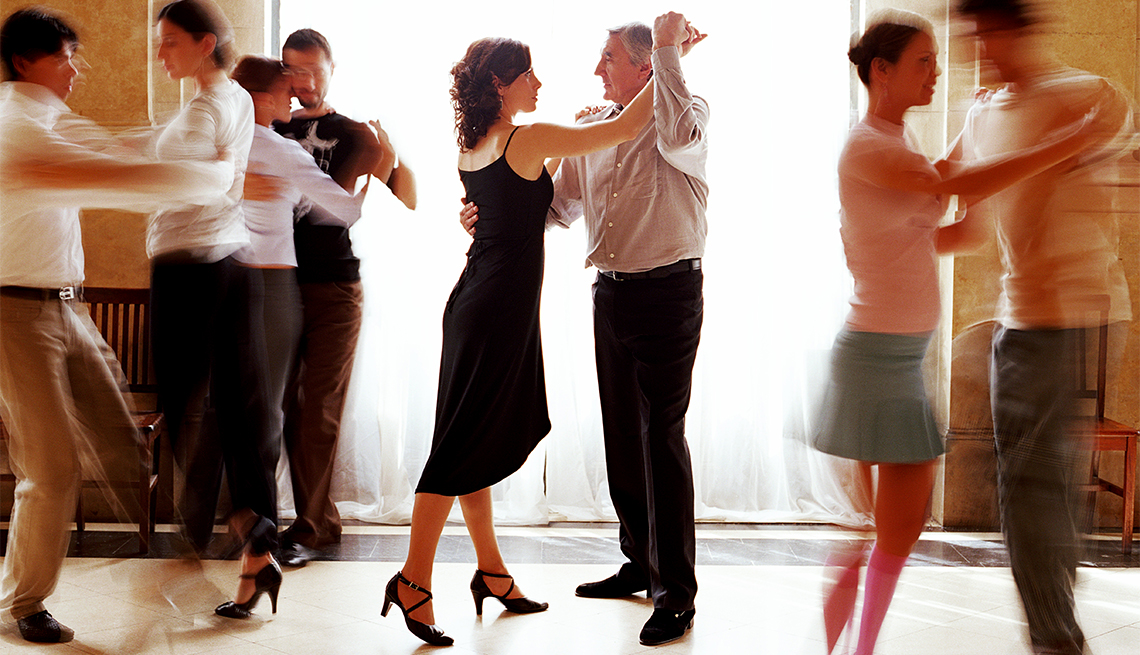 Researchers found that the brain’s white matter increased in dancers.

We know dancing is good aerobic exercise, but learning to dance — mastering new moves, triumphing over tricky timing and avoiding your partner’s toes — may be better for the brain than other kinds of exercise, including walking and stretching.

A new study looked at the cognitive and neurological changes that occurred in the brain after six months of either brisk walking, dancing lessons, or simple stretching and balance exercises. The idea was to see if dancing’s unique combination of cognitive, physical and social activity might slow the effects of aging in the brain.

In particular, researchers from the University of Illinois and other schools wanted to see if intricate contra and English country dance lessons might speed up the brain’s processing speed — meaning the ability to understand and react to new information.

It’s the brain’s white matter that connects the nerve cells and helps us process things quickly. Unfortunately, white matter declines as we age, but past studies have shown that exercising, being sociable and engaging in mentally stimulating activities all can affect cognitive function.

The study, published in Frontiers in Aging Neuroscience, involved 174 healthy adults ages 60 to 79 who had no cognitive decline and were only occasional exercisers. Brain scans and cognitive tests were administered at the beginning and end of the study.

Subjects were divided into three groups that met three times a week for six months. One group did brisk walking for an hour; a control group took a class teaching gentle stretching, strength and balancing exercises; and a third group took one-hour dance lessons that grew progressively challenging. The country-style dances that were taught involved groups of partners who danced in groups or lines and followed increasingly complex patterns led by a caller.

The results were surprising: White matter slightly declined in the brains of the walkers and stretchers, but increased in the dancers — probably because of the cognitive demands of mastering the new choreography, according to researchers. On the other hand, all the groups improved their scores on the cognitive tests, including tests of their processing speed.

“The message is that we should try not to be sedentary,” Agnieszka Burzynska, the study’s lead author and a professor of human development and neuroscience at Colorado State University, told the New York Times. “Any activities involving moving and socializing,” as each group did, has the potential to improve mental abilities in aging brains — especially if you’re learning a new way to do-si-do.