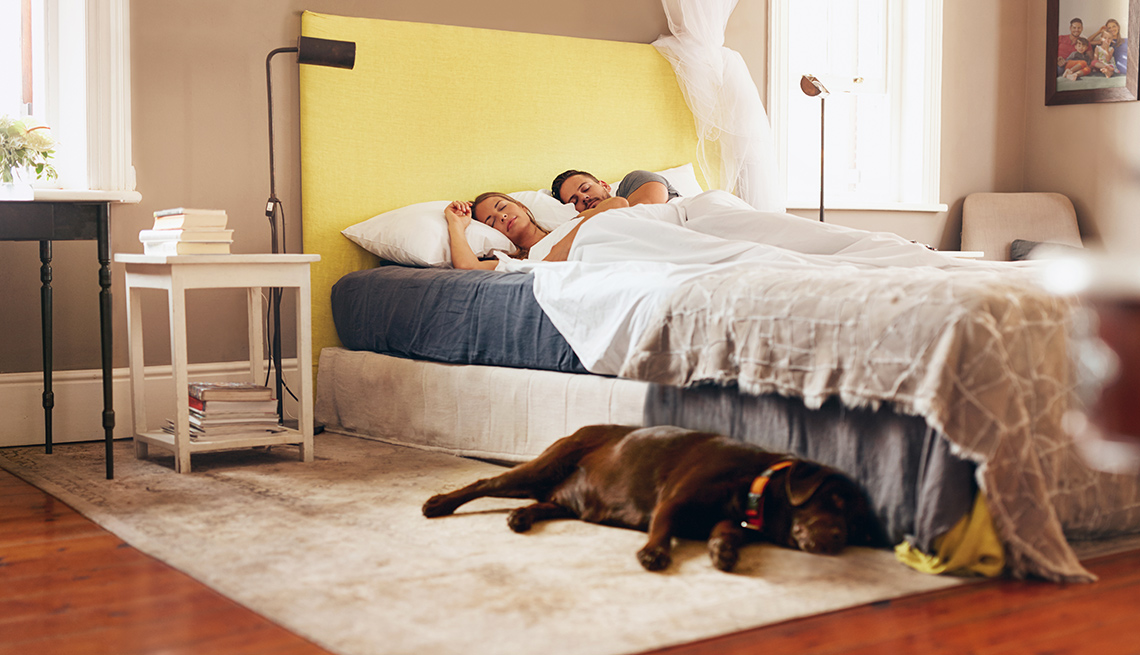 The study had pet owners and their animals wear devices to measure movement while they slept.

If you want to get a good night’s sleep, it may help to open the bedroom door and let your dog into the room. Just don’t let Fido jump into bed with you.

That’s the conclusion of a newly published study in Mayo Clinic Proceedings, which studied the slumber of 40 healthy adults — mostly women, with an average age in their mid-40s — and their dogs. Both the humans and their animals wore devices that measured their movement.

While previous research suggested that having a canine in the room interfered with restfulness, the study found that the dog owners maintained good sleep efficiency, snoozing about 81 percent of the time they spent in bed. The dogs did even better, achieving an average sleep efficiency of 85 percent.

“Most people assume having pets in the bedroom is a disruption,” said study coauthor Lois Krahn, M.D., a sleep medicine specialist at the Mayo Clinic’s Arizona campus. “We found that many people actually find comfort and a sense of security from sleeping with their pets.”

There was one caveat: The humans’ sleep efficiency was lower if they allowed dogs to sleep in their beds.

The study is good news for many of the 31 percent of boomers — nearly 1 in 3 — who own a dog, according to a recent American Pet Products Association survey. Another 2014 poll by mattress manufacturer Novosbed reported that 43 percent of customers who owned pets allowed them to sleep in their bed every night. Eleven percent shared a pillow with their animals, and 14 percent let them under the covers.