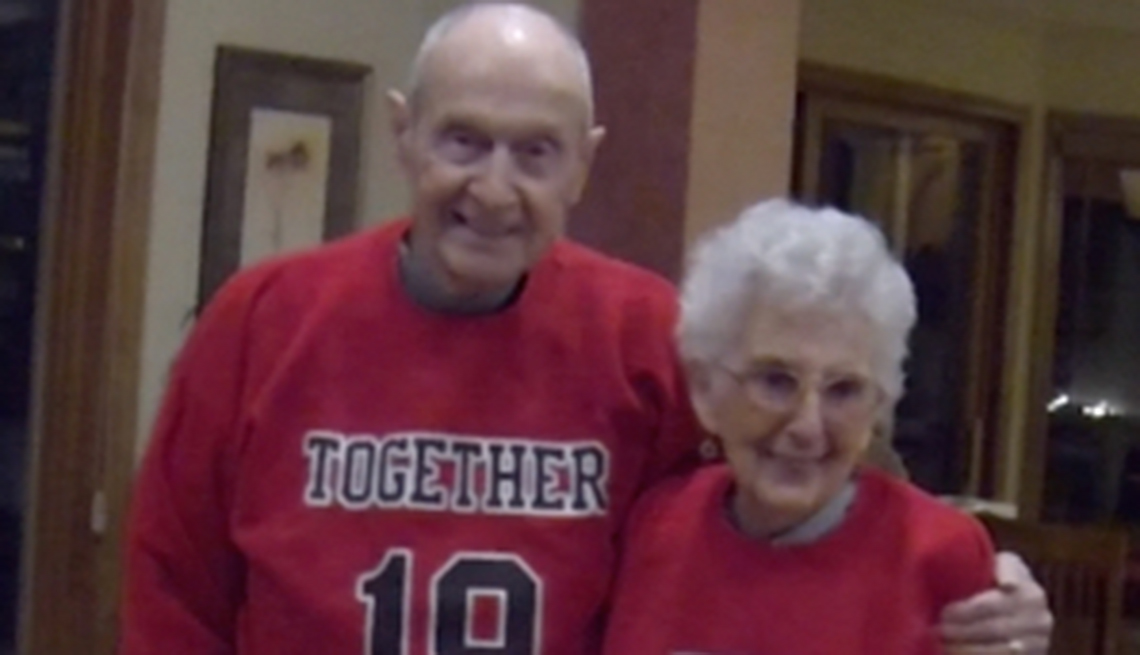 John and Evie Kasper say to succeed at marriage, "You gotta make each other laugh."

Danni Munro, a video blogger whose day job is disability services officer at Argosy University in suburban Minneapolis, wanted to know what it takes to stay happily married for 75 years. So she asked her grandparents.

So far, more than 40 million people have tuned in on Facebook to hear what John and Evie Kasper have to say.

The Kaspers, who live in the Twin Cities area, met back when Evie moved into John’s neighborhood in 1932. Both were 10 at the time (so this year both will be 95).

"He was a naughty boy. He used to throw spitballs at me," Evie says in one video. (Munro also posted one when they celebrated 70 years together.) "But I didn't know that was a way of showing attention."

The secret to their long-term relationship? Very simple to say, though sometimes hard to do:

Evie: “The important thing in a marriage is to be nice to each other. … You gotta make each other laugh.”

John: “We always kiss goodnight. … We never go to bed carrying a grudge against the other one. If it’s really a focal point we sit alongside each other and talk it out.”

Munro said her grandparents’ example has helped her in her own marriage of 15 years. “They both have a great sense of humor,” she told the Minneapolis Star Tribune. “That’s got to have a huge impact on the success of a marriage.”

She’s told her grandparents that millions of people have watched Munro’s video of their advice, although they don’t know what “going viral” means.

“They just know it’s something we do on ‘our machines,’ which is our phones,” Munro said. “They know people are looking at them.”