Say the word "grandmother" and the image of Emmy-winning actress, designer, author and artist Jane Seymour isn't exactly what springs to mind. But the glamorous 63-year-old wears the label proudly: She's now "Oma" to four young grandchildren — two of whom live nearby and routinely spend a day or two a week at her home. "My favorite days are when they come over — there's so much I want to give them, so much to share," says Seymour, who admits to having been baffled when friends used to wax on about the joys of grandchildren. Then she acquired a few herself and eagerly joined the club. 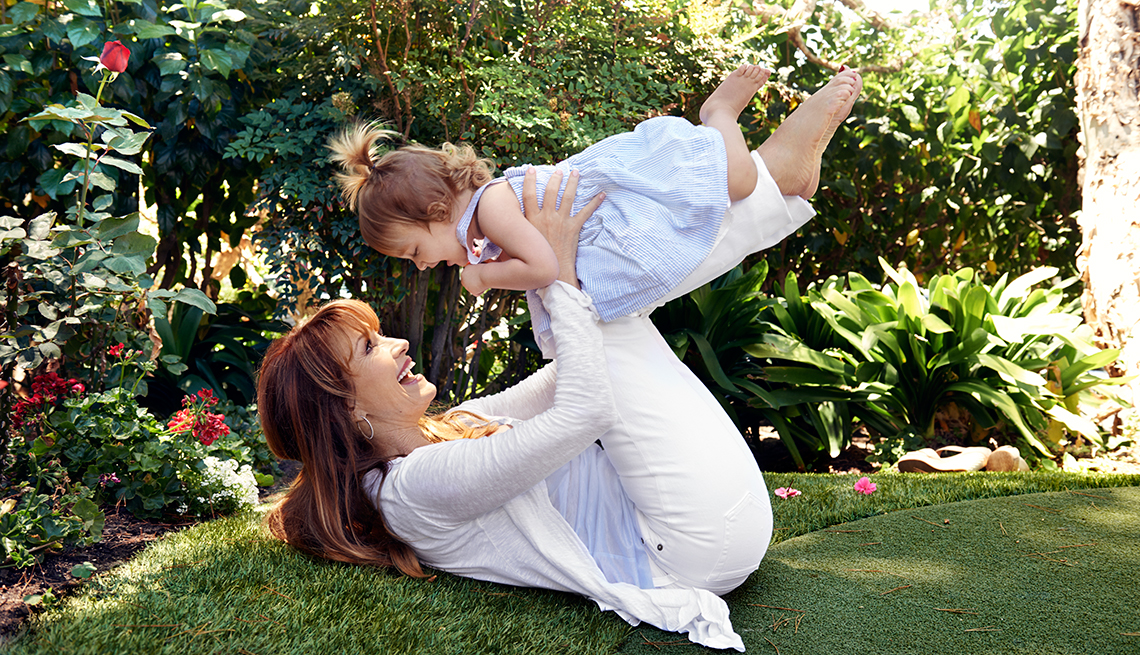 "It's a whole new form of love," she marvels.

It's a whole new form of grandparenting, too, thanks to the boomers. That 76 million-strong cohort has redefined just about everything it has touched, from childhood and adolescence to careerism and parenting — and now, grandparenting as well.

Boomer women in particular, who came of age during the feminist movement, have tended to shrug off traditional roles, opting instead to "have it all" — balancing jobs, hobbies and a supermom style of parenting that would have exhausted their own full-time mothers. So it's no surprise that, as their children have kids, these new grandmas are remaking the role in ways that differ dramatically from the nanas, nonnas, bubbes, amas and abuelas of yesteryear.

Not for them the wrinkles and rocking chairs of grandmothers past. Today's grandma is more likely to practice yoga than play canasta, and to disguise her gray hair with artful highlights, not blue-tinted rinse.

Many boomers have made a concerted effort to narrow the generation gap between themselves and their children, and that same impulse is very much in evidence when they talk about the experience of having grandchildren. "Boomers' engagement with grandchildren is much more intense than in the past generations," says Jasmin Tahmaseb McConatha, professor of psychology at West Chester University of Pennsylvania. "We want to share things with our grandkids, have discussions. Our parents and grandparents didn't crave the same kind of intimacy and connection."

Letty Cottin Pogrebin, author of Getting Over Getting Older and a cofounder of Ms. magazine, agrees. She recalls her grandmother as a remote figure who spent all of her time cooking, cleaning and taking care of others. "She never sat on the floor with me in blue jeans the way I do with my grandkids or paddled me across a lake in a canoe, telling me about herself or her views of the world," Pogrebin says.

Even if her grandmother had wanted to go canoeing, chances are she wouldn't have lived long enough or had the requisite stamina. Thanks to advances in health and safety, women have added about 25 years to their life expectancy over the last century — from 56.8 in 1914 to around 81 today — resulting in an ever-expanding middle age.

"Because today's boomer grandmothers feel younger, healthier and more active than in the past, their engagement with their grandchildren is akin to the way kids used to describe the fun they'd have with a really cool aunt," says Stephanie Coontz, an expert in family studies at Evergreen State College in Olympia, Wash. "I'm reminded of the character Auntie Mame, who was perceived as weird and humorous, because what grandmother figure would do such bold things? But today's women, with their confidence and independence, have made the once-unimaginable the norm." 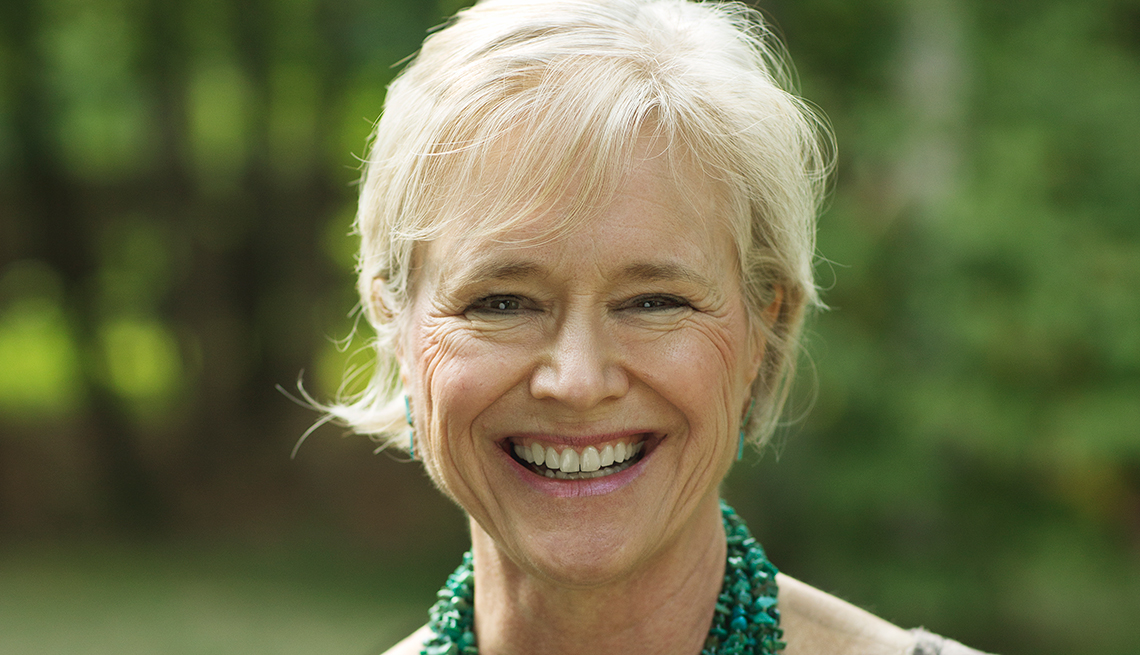 Jane Cole, a busy 63-year old, finds balance between the roles of grandmother and career woman.

This vitality, in turn, means that women today are working longer than ever, kicking retirement down the road with each passing year. According to 2010 census data, an estimated 53 percent of grandmothers are working-age boomers. The downside of these prolonged careers, of course, is that many boomer grandmothers continue to struggle with the same work-life balance issues as their daughters do.

Jane Cole, 63, a busy real-estate agent from Alexandria, Va., recounts a déjà vu moment during a recent weekend with her grandchildren. "I suddenly had to disappear with my laptop to take care of some business," she says. "This used to happen with my own children, and there I was repeating the pattern, explaining to my grandkids that Giggy had to make a phone call." Cole pauses, then laughs. "Evidently I'm now disappointing two generations."

Some high-powered career women, though, see having grandkids as a kind of do-over, a chance to make up for the quality time they missed out on with their own kids. Carol Jenkins, a television journalist, retired from full-time work in 2009 to help care for her first grandchild. Four years later, when her daughter had twins, Jenkins was at their side seven days a week. "I'm a hands-on, daily grandma," she says. "I take an almost Zen-like pleasure in being with my grandchildren. We do stuff I never had time for with their mom."

And for other boomers, grandkids can be the payoff for decades of child-rearing stress. "As a working single mom with two active boys, I was under so much pressure that I honestly don't remember ever stopping to just enjoy my sons, whom I adore," says Elaine Hadler, 59, a dental technician from Tempe, Ariz. "With my grandkids, on the other hand, there's no anxiety. I'm not constantly worrying about my to-do list or how I'll pay the gas bill. It's all about having fun, and I love it. For me, being a grandmother distills all the positive parts of being a mom with none of the negative."

The ever-changing variables of the modern family have also reshaped the grandmother's role. While many boomer women are still married to their first husband, given the prevalence of divorce in this generation, it's nearly as likely they are single, or remarried to men with kids of their own (turning them into step-grandparents as well). Their kids may be single, divorced, remarried into a blended family or in a same-sex relationship — and the grandchildren can run the gamut from biological, adopted, foster, step- and surrogate — or any combination thereof. To top it all off, boomer grandmothers themselves may be sandwiched between their kids and grandkids on one side and an older parent requiring care on the other.

In short, "it's complicated," to borrow Facebook's term for relationships that are not easily categorized. And for today's grandmothers, coming to terms with this new identity can be stressful, notes Donne Davis, the founder of the GaGa Sisterhood, a California-based network that runs support groups for grandmothers. "There's a steep learning curve for them, just as there is for new mothers," says Davis. "It's helpful for these women to share their experiences. Of course, that comes naturally to our generation. We're used to talking about our lives." 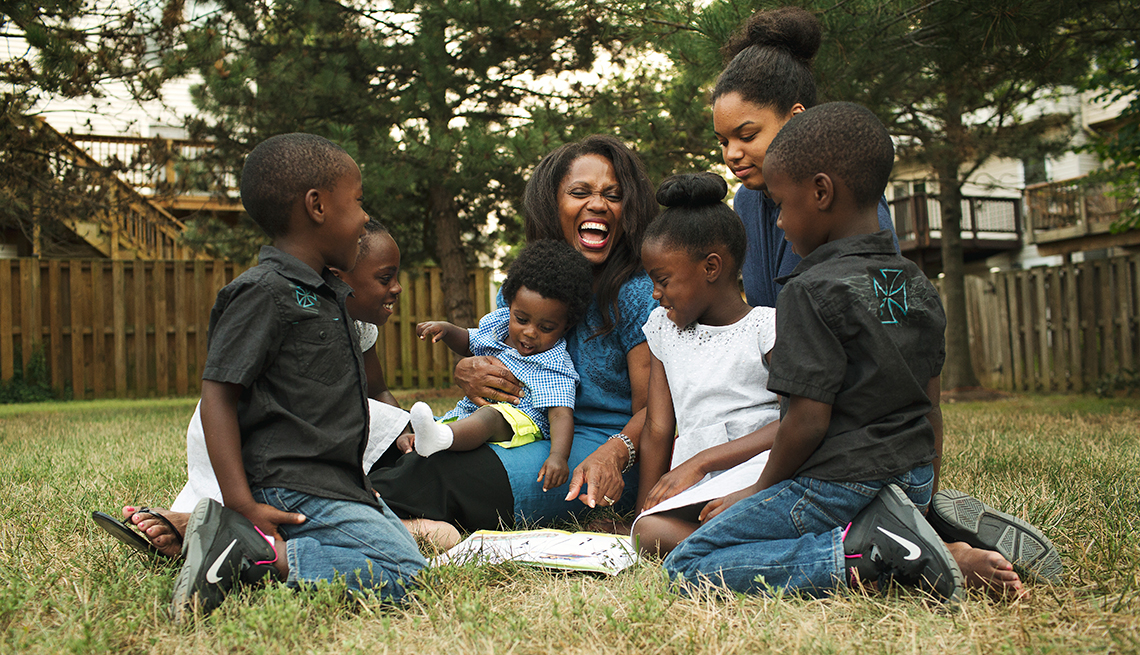 Janet Provencal, 56, a businesswoman in Springfield, Va., uses technology and other digital ways to keep in touch with her grandkids.

Geography is another wild card affecting the dynamic. In our global, mobile age, families move frequently and are famously scattered all over the country and even the world. Nearly 80 percent of grandparents have at least one grandchild living more than 50 miles away. But for every modern problem, technology seems to produce a modern solution.

Janet Provencal, 56, a Springfield, Va., businesswoman with a hectic schedule, uses FaceTime to check in every evening with her six grandchildren, just to "find out how their day went," she says. "We also text each other a lot." For long-distance grandmothers, Skype, Facebook and Instagram can save the day, along with more traditional means of communication like email and the telephone. And best of all is easy airplane travel. The bottom line is that for lots of boomer women, staying involved in their grandchildren's lives is a priority as never before. 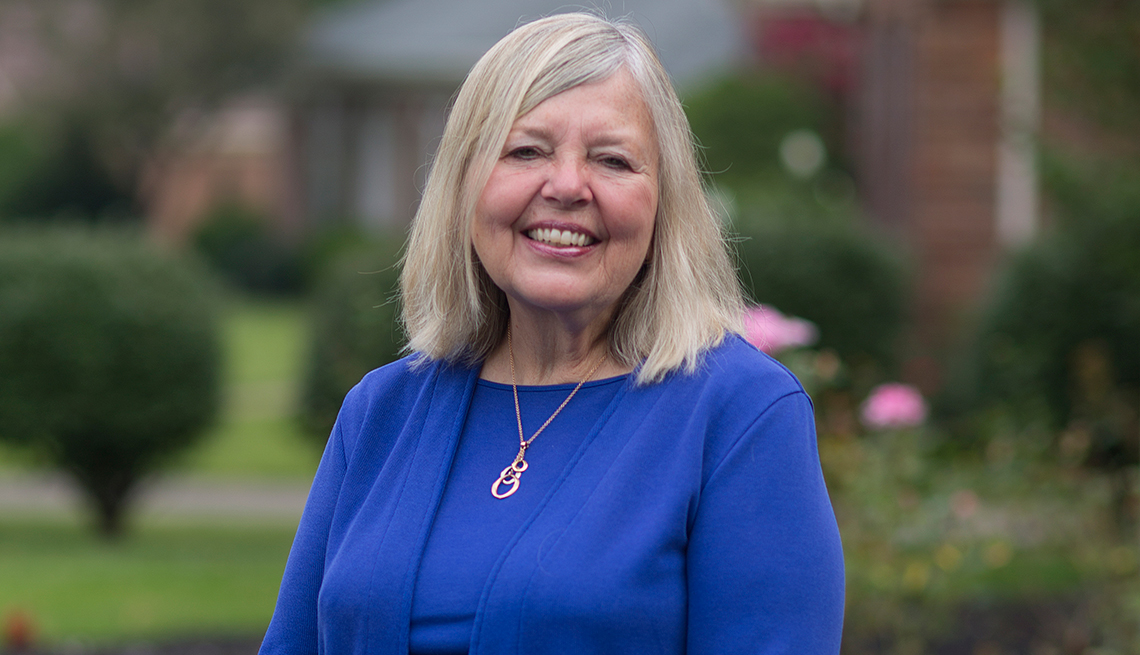 Betsy Johnson, 66, is a grandmother with a plan to take advantage of the time with her grandchildren.

"When my kids were little, I lived in D.C. and my parents lived in the Midwest and saw us twice a year," says Betsy Johnson, 66, a grandmother from Indiana. "But I am determined to take full advantage of having grandchildren, like most women I know. I have a friend who sees her grandkids at least once a month even though they're a plane ride away. She and her husband will fly out just to watch the kids in a school play. I can't imagine my parents' generation doing that." "It's complicated," in other words, may be a considerable understatement.

Boomer grandmothers often seem to be taking part in an intricate dance where the music keeps changing, and it's up to them to invent the next step. But in some ways it's actually pretty simple. The new grandma may wear a dizzying number of hats and forge a host of newfangled connections, but ultimately her chief responsibility — whether it's fulfilled from a rocking chair or from the hull of a canoe — remains the same: to give her grandchildren her stories and her unconditional love, and to pay careful attention as the grandkids give theirs.

"My compensation for growing older is watching my grandchildren grow older," says Pogrebin. "That changes my priorities. At this stage, I think we care more about what lies ahead. We care about the earth, air and water, the legacy we're going to leave for our grandchildren. Being a grandparent is like shooting an arrow into the future."

Barbara Graham is editor of Eye of My Heart: 27 Writers Reveal the Hidden Pleasures and Perils of Being a Grandmother, published by HarperCollins.

A Grandma by Any Other Name

My daughter is about to give birth, and I'm thrilled beyond words that a precious new life is entering the world, yada yada. But let's get down to what's really important: What do I want the baby — my first grandchild — to call me?

Not Grandma. That moniker is quaint and oldfangled, and I am neither. No, in true boomer fashion I want my grandmother name to be fun, cool, inventive — or at the very least, not frumpy. And I'm in good company. Susan Sarandon said recently that she wants her new granddaughter to call her Honey. "My hairstylist said it's a Southern thing, and I thought, that's kind of fabulous," the actress told the New York Times. Blythe Danner, sexy grandma to Gwyneth Paltrow's kids, goes by Lalo. And Goldie Hawn has reportedly been called both Glam-ma and Gogo by her grandkids.

I conducted an informal survey that confirmed the trend: Out of 20 current or prospective grandparents I polled, only three say Grandma and Grandpa are their go-to names. Others want to be called Granna, Nana­, Bobo, G-Ma, GeeBee, Mimi, Meema, MorMor and (my personal favorite) MyTina.

Right now, I'm leaning toward Granny. That's so old-fashioned that it sounds fresh again, like naming a baby Henry or Nellie. And thanks to the TV drama Downton Abbey, it's got a cool British vibe. If it's good enough for the Dowager Countess of Grantham, it's good enough for me.