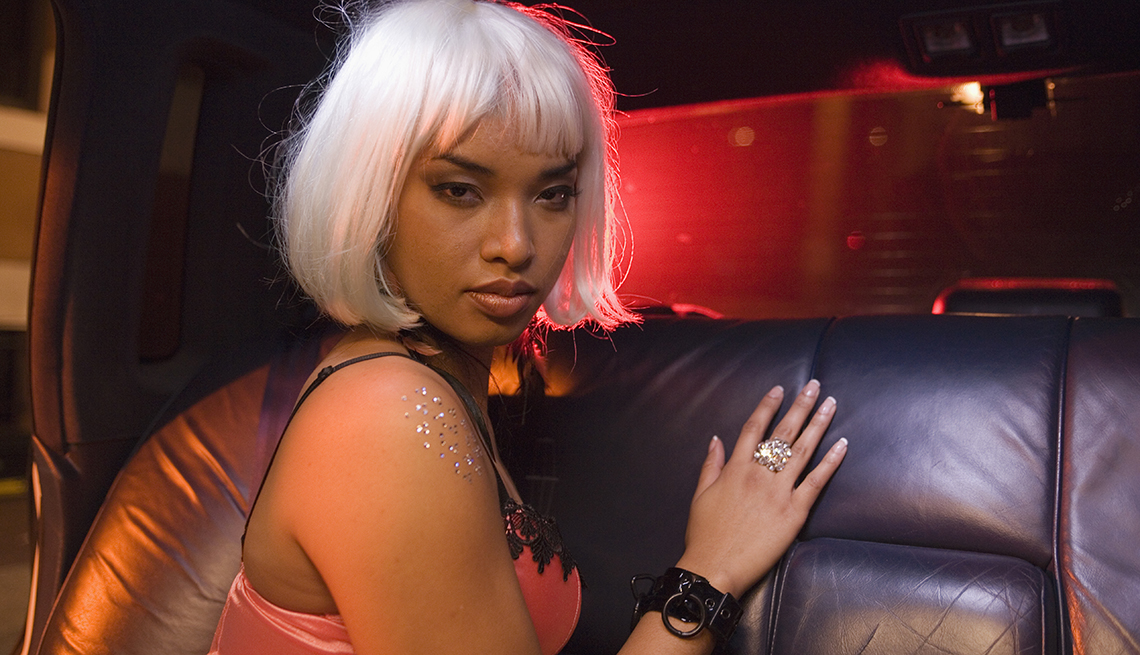 Sometimes even science can't convince me: men find caring women (nice girls) more attractive and sexually alluring than their aloof (bad girl) counterparts, according to research published in Personality and Social Psychology Bulletin. Seriously? In three separate studies, researchers discovered that men preferred women who seemed "responsive" to their needs, favoring them above women who were less supportive in initial encounters. Fine, but didn't they factor micro-miniskirts and thigh-high boots into this equation? While reading through the study I flipped to the back to see if the researchers were also offering a certain bridge for sale.

Do men really prefer good girls over bad girls? I asked Joshua Pompey (named by Australia TV as the top online dating coach in the world) what he thinks.

The study reports that men find "nice" women more attractive and sexually appealing than so-called "bad" girls. So, why do some men like and chase after bad girls?

Pompey:  When it comes to the allure of a bad girl, it's not necessarily that men want a force of destruction in their life. It has more to do with symbolism of what a bad girl represents. When men think of bad girls, they imagine a woman who is sexually free, open for adventure and just doesn't care what other people think of her. These are women who play by their own rules and will try just about anything once.

In a world where many men increasingly feel that they are living a monotonous life with an overwhelming number of rules and restrictions, this can be incredibly appealing, even if it is nothing more than a fantasy. It's the symbolic freedom that men have yearned for, the freedom that the average relationship doesn't always allow due to the constraints of society and responsibility. Of course men know they will be happier with supportive and responsive women in the long term, but sometimes the temporary excitement that a bad girl represents is just too much to pass up.

Even after they've been burned, they go out and do it again. What up with that?

Pompey: Men are hunters by nature and love the thrill of the chase. Men like bad girls because they represent the ultimate chase. It is every guy's dream to ride in on the white horse to tame or "save" a "bad" girl. But this is a fool's errand.

A bad girl is elusive and can never truly be tamed. That won't stop a man from trying over and over again. He may get burned every time, but the excitement of the journey is just too much of an adrenaline rush.

Why do sensible choices manifest in a laboratory but not in a bar?

Pompey: In a controlled experiment I might appear to be a man who makes his bed in the morning, doesn't consider a decorative pillow to be the work of the devil, and doesn't wait until all 57 pairs of socks are dirty before finally doing laundry. But I'm a bit different in real life.

The truth is, no matter how controlled an experiment, there is always room for error. I don't necessarily think the experiment is that far off. But I also think it depends largely on the context of the man in question, his age, maturity level, relationship status, and current needs in  life— just a few of the many factors that will play a role in his attraction toward other women. The reason that the results of the laboratory experiment don't measure up to a bar is simple. Let's go back to the "men are hunters by nature" theory.  Putting a single man in a bar is the modern-day version of the ultimate hunt for a man.

What's your advice for men who keep falling for the wrong kind of women?

Pompey: It's all about priorities and deciding what one truly wants in life. People are creatures of habit and have a hard time breaking cycles of poor choices that have been plaguing their lives for years, sometimes even decades. Self-actualization is the first step toward finding a healthy relationship. Once a man comes to terms with why he is making poor choices with women and what he truly wants in women instead, he can take active steps toward making the right decisions for himself.

Do you agree that deep down, men really do prefer nice women?

Pompey:  Yes, but I would also argue that men strongly associate nice women as women who are not nearly as fun, exciting and open as bad girls. This is a blanket statement and generalization that is often not true, but perception is everything.

So how should a nice girl attract a man? The best thing a nice girl can do to attract a man is to demonstrate alluring qualities a bad girl has, without actually being a bad girl. Know what men want from women. As a woman, show that you are open to trying new things, are fun, adventurous, exciting, and have a sexual side, without providing all the drama that a typical bad girl brings to the table. The more you could demonstrate these qualities while still maintaining the qualities that make you a nice girl, the more a man will feel as if he won the jackpot and the best of both worlds.