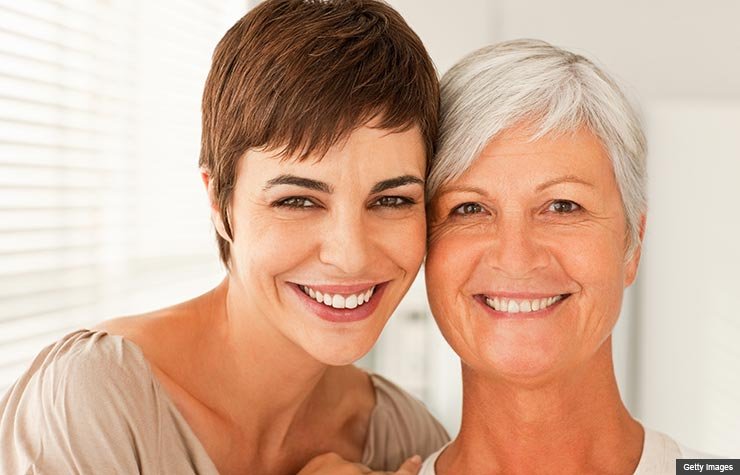 On my first and last trip to Las Vegas, I was a callow 25. I swam in the hotel pool each morning and gambled each afternoon. One day I ran into Richie Havens at the roulette table, but I don't think he recognized me.

Now it’s 40 years later and I’m headed for Vegas again, slated to appear on an AARP panel called “Love Connections: Finding Someone after 50.” It’s all part of AARP's Life @ 50+ national event, where they have me billed as a dating expert.

When did that happen?

Well, let’s see: In my mid-30s, I got divorced. At age 60, I met my present husband. In between those two events I had several relationships that lasted anywhere from six months to two years, as well as one to several dates with men who were terrific, creepy, decent, obnoxious, grounded, or disconnected from reality.

I described both the moles and the mensches for national magazines, and this year I’ve been sharing my dating strategies with you.

With my Vegas talk on May 31 falling squarely between Mother's Day and Father's Day, I've been thinking a lot lately about Mom and Dad — and how their wisdom was a life raft as I sailed the Dating Sea.

Here are highlights of my parents' dating advice.

1. My first significant other after my divorce was a bad boy — Billy Bigelow minus the spinning carousel or velvet voice. "He's missing that fine coat of polish," my mother said. "But I see why you like him: He's got that special manly quality." Huh? In college I'd been led to believe that I was supposed to land a polished man. "Really, Mom?" I responded. "But I don't think he's my forever guy." "I see that, too," she said. Then she rocked me back once more: "But if you get married again, make sure that physical thing is there. It's the glue." "Do you have that 'glue' with Dad?" Mom blushed. “Can’t you tell?”

2. Fast-forward to my mid-50s, when I brought home a man who was definitely not missing that fine coat of polish. Well, not brought home,exactly, but I did take him to meet my mother at her nursing home. Later I asked her if she liked him. "I'm not the one who has to like him," Mom responded. "You do. What I think doesn't matter." Her reply brought back a distant day when she had helped her little girl try on dresses in Berger's clothing store in Buffalo. One in particular — a short-sleeved plaid number with a full skirt — she thought was pretty; I wasn't so sure. "You're the one who'll be wearing it," my mother had said back then. "If you're not certain, let's not buy it." We left the store without the dress. Half a century later, I left the polished man.

3. Whenever my mother saw me get frustrated with something — schoolwork, piano lessons, mothering, men — she would remind me that "good things take time to develop." One time I had just related my latest dating disaster when I burst out, "I can't take this anymore!" Mom wasn't about to attend that pity party. "Of course you can, Nancy," she told me — just as she had on every previous occasion when I'd wanted something to happen too fast. For helping me develop the patience I needed in life and in love: Thanks, Mom.

4. My father and I were pals. We painted by numbers, played cards and table tennis, and made up both words and games. One of the latter was "Beauty Parlor," which consisted entirely of my turning his balding brush cut into one of my two favorite hairdos: a bouffant or a "parfait." Whatever the activity, Dad was fully engaged — and we had a hoot. I got the message that I was good company, and that others — girlfriends and eventually a man — would likewise find me fun.

5. When an editor rejected my work, when I felt mistreated by a man, Dad's constant advice was "It takes only one." What he meant by that was that we don't click with everyone — nor are we supposed to. Understanding that message gave me the hope and confidence I needed to carry on: My "one" had to be out there; I could find him. Eventually, I did. For making me believe I was fine and fun exactly as I was: Thanks, Dad.

Nancy Davidoff Kelton writes about dating after 50 for AARP.