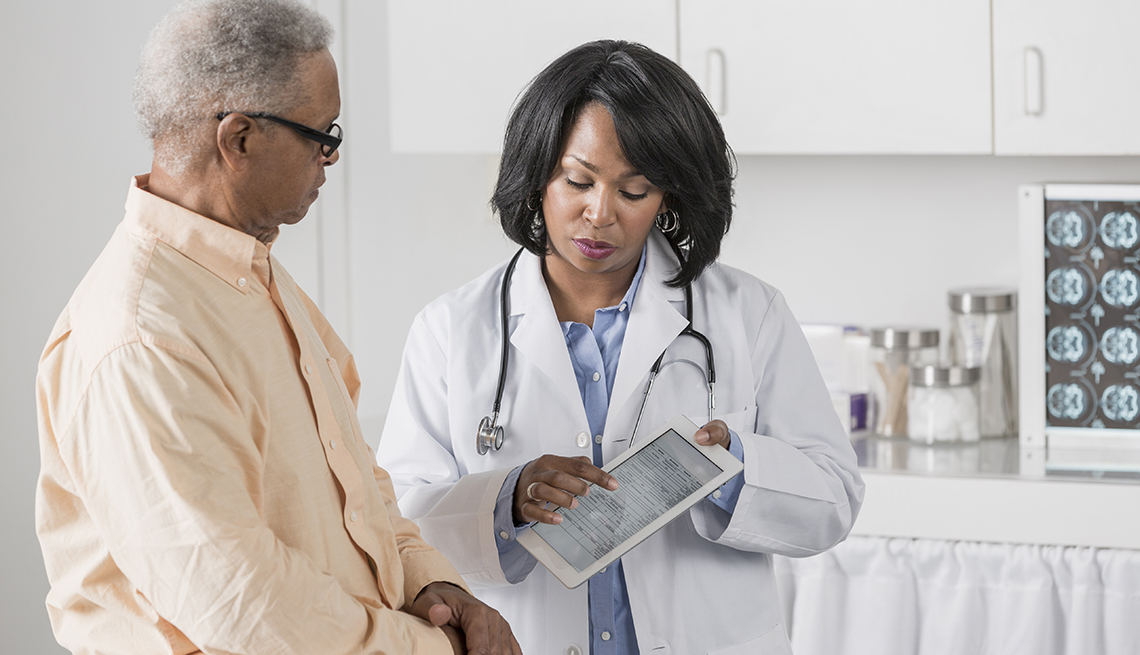 You may be paying more for your Medicare Part B premiums in 2016.

En español |Congress and the White House have acted to reduce an unprecedented hike in standard Medicare Part B premiums for millions of Medicare beneficiaries next year. One in 7 beneficiaries were facing a 52 percent increase in premiums, to $159.30 in 2016 — by far the largest jump in Medicare's history. But a bipartisan deal on the federal budget, signed by President Obama on Nov. 2, has resulted in the premiums for those people being set at $121.80 a month.

While the vast majority of beneficiaries will pay the same Part B premium in 2016 as this year — $104.90 a month — certain groups of people will pay the higher amount, due to an obscure part of the Medicare law that ties the cost of living allowance (COLA) in Social Security benefits to Part B premiums.

"They'll be hit very hard with a very steep increase," says Joe Baker, president of the Medicare Rights Center. "Which doesn't sound fair, but that's the way the law works."

About 7 in 10 beneficiaries have their premiums automatically deducted from their Social Security checks. And under a "hold-harmless" provision of the law, a zero Social Security COLA in any year means that those people cannot pay more in standard Part B premiums than in the previous year — a phenomenon that has happened only twice in the last 40 years. The intent is to "provide a measure of protection to assure that their checks won't go down when Part B premiums rise," says Tricia Neuman, director of Medicare policy at the Kaiser Family Foundation, a health research group.

However, the hold-harmless policy doesn't apply to several groups (see accompanying chart) who make up about 30 percent of Medicare enrollees. About 16 percent — low-income people whose premiums are paid by their states — also will not be affected personally. That leaves 14 percent, or about 1 in 7, who will bear the full brunt of higher premiums out of their own pockets.

Under Medicare law, standard premiums must be set to cover 25 percent of the expected Part B costs for the following year, with the federal government paying the remainder. In normal years, those costs are spread through the Medicare population with a single premium for most enrollees, except for the wealthiest, who pay more. But in zero-COLA years, the whole burden typically falls on relatively few — which is what happened in 2010 and 2011, when Congress did not succeed in softening the blow.

This year, after AARP and about 70 other organizations asked lawmakers to intervene, they reduced the size of the expected premium to $118.80 a month, with an additional monthly surcharge of $3 to address the financial shortfall. The surcharges will pay for a $7.5 billion loan that funds the premium reduction, with the expectation that it will be paid off in five years.

The $3 monthly surcharge will be paid by most beneficiaries not held harmless in 2016, on top of their new monthly premium. But those who pay higher income-related Part B premiums — set to range from $170.50 to $389.80 next year — will pay surcharges of between $4.20 and $9.60 a month, depending on income. If there is a Social Security COLA in 2017 or 2018, and the standard premium returns to a single amount, the surcharges will be applied to all Medicare beneficiaries until the loan is paid off.

The budget agreement also reduces the projected annual Part B deductible, which had been expected to rise from $147 this year to $223 in 2016, setting it at $166 next year.

Patricia Barry is the author of Medicare for Dummies, 2nd edition, Wiley/AARP, September 2015. 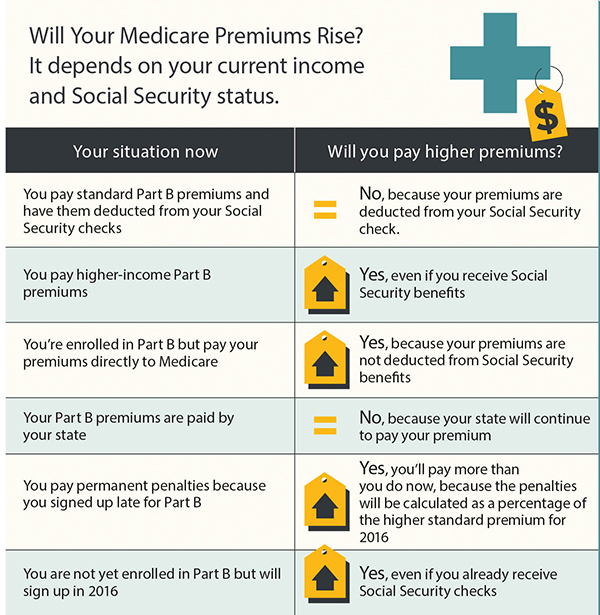