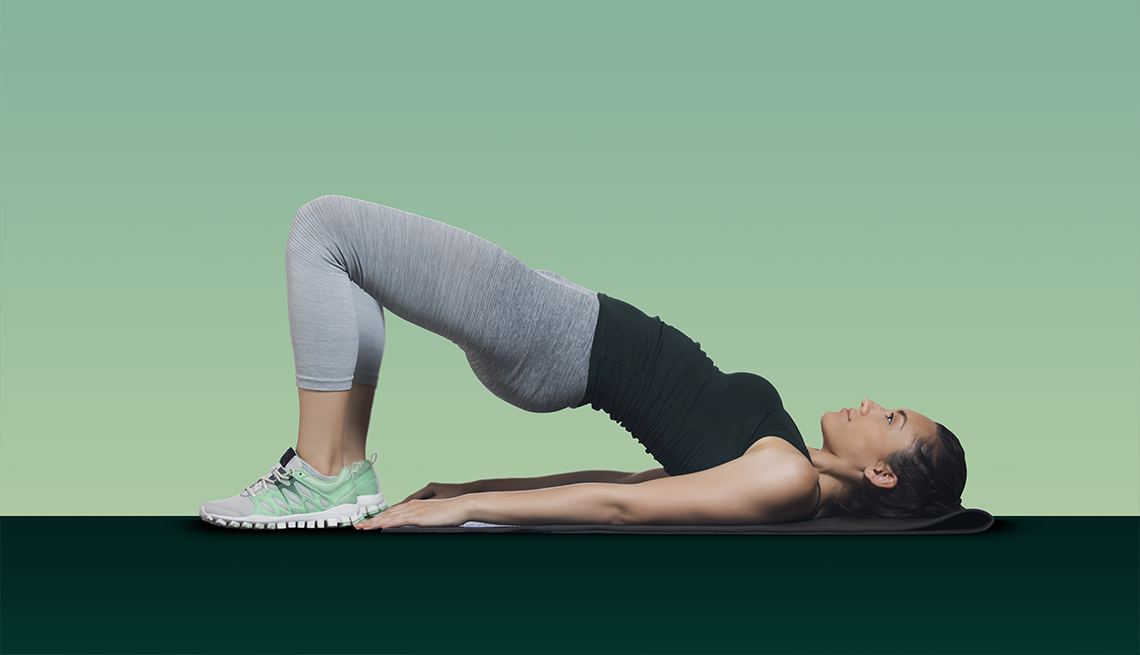 The glute bridge exercise is one method of managing hip pain without surgery.

En español | You probably know someone who’s traded a worn-out hip bone for ceramic or cobalt chrome. Some 370,000 Americans undergo hip-replacement surgery each year (the average age for this is 65). But the operation isn’t a cure-all: At least 1 in 10 hip-replacement recipients will need a second procedure to repair a dislocation, mechanical failure or infection. And hip pain, with or without surgery, can be a struggle. Chronic hip pain was a factor in the accidental opioid overdoses that claimed the lives of musicians Tom Petty, 66, and Prince, 57.

With the stakes so high, doesn’t it make sense to do all you can to strengthen and protect your hips? Even if you have arthritis in a hip — the reason for 8 in 10 replacements — you may be able to manage pain with exercise. In a 2017 pilot study published in the Journal of Osteoporosis, women 65 and older who exercised three times a week in a supervised 12-week program reduced arthritic hip pain by over 30 percent, with similar gains in strength, and joint range of motion. The four exercises here will fortify the muscles that surround and support your hips, says trainer Robert Linkul, owner of Be Stronger Fitness in Sacramento, Calif. He advises doing these simple moves, two to three sets of five to 10 reps each, three times a week. Compare how you feel after three weeks. 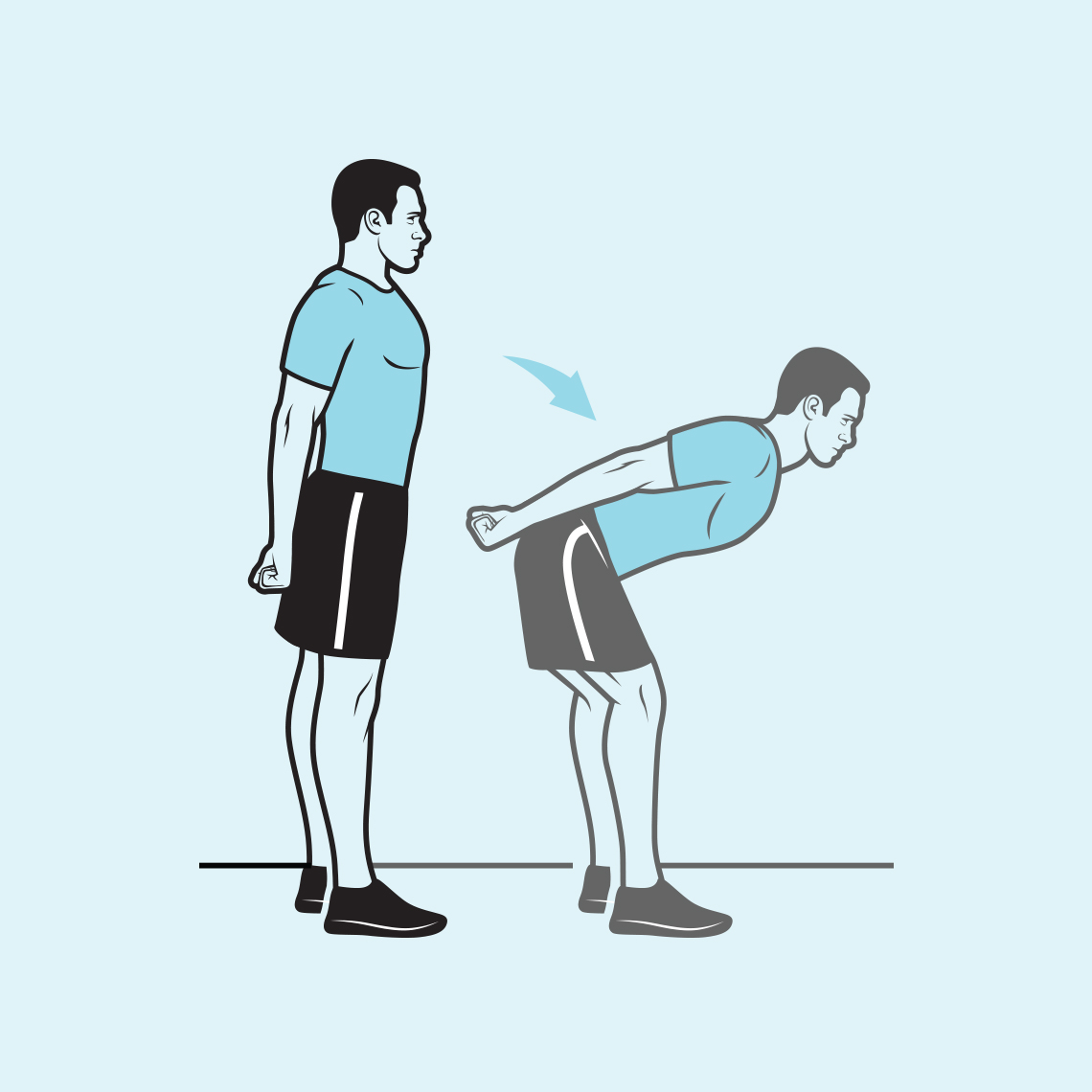 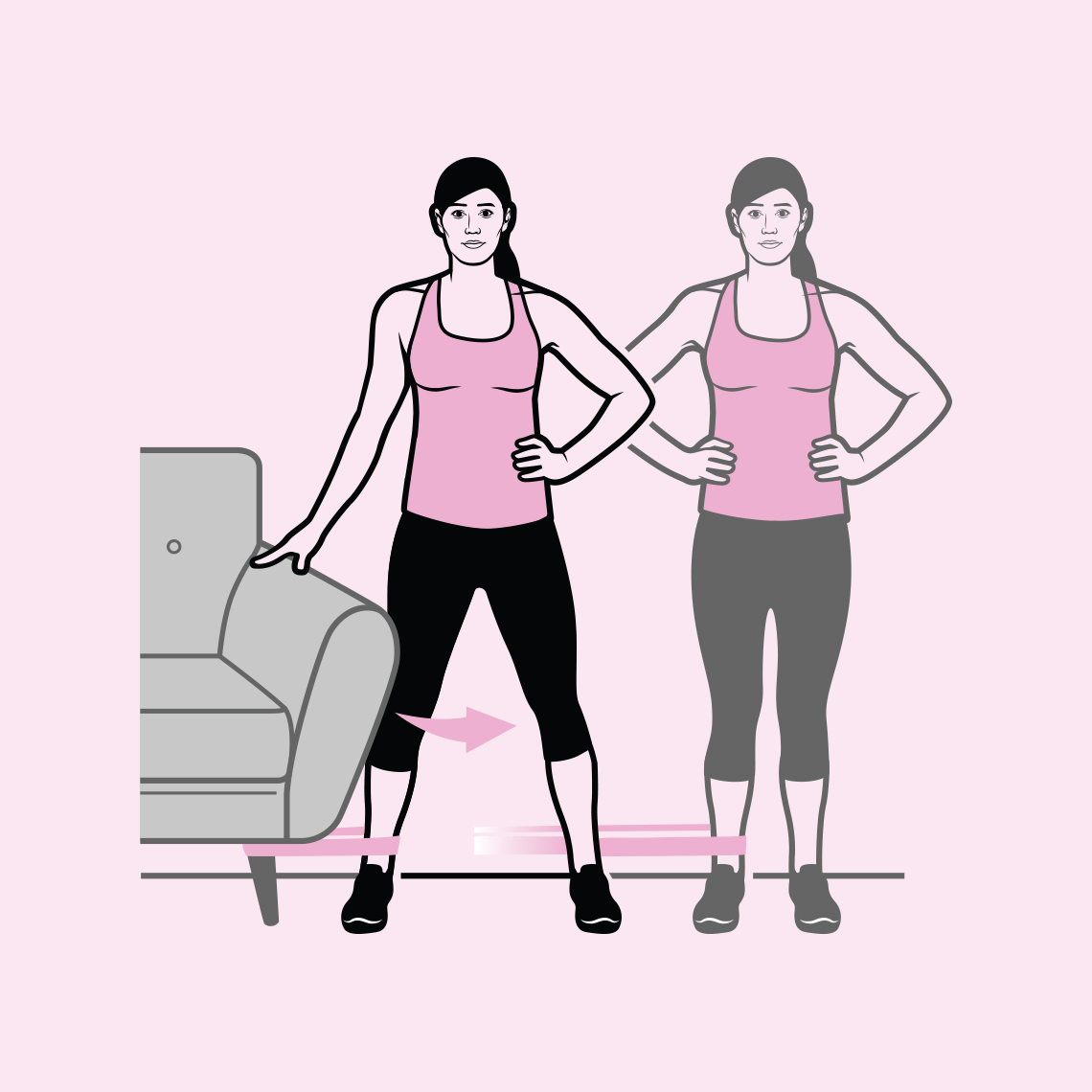 Stand with feet shoulder-width apart, your hands at your sides. With your knees slightly bent and your back naturally arched, bend at your hips (as if bowing) as far as you can go, or until your torso is almost parallel to the floor. Return to the starting position. Keep your core braced; don’t bow your back.

Loop one end of a resistance band low around a solid object, then stand to the left of the object and loop the other end of the band around your right ankle. Place your legs shoulder-width apart, then pull in your right leg until your ankles touch. To repeat with your left leg, move to the right side of the object. 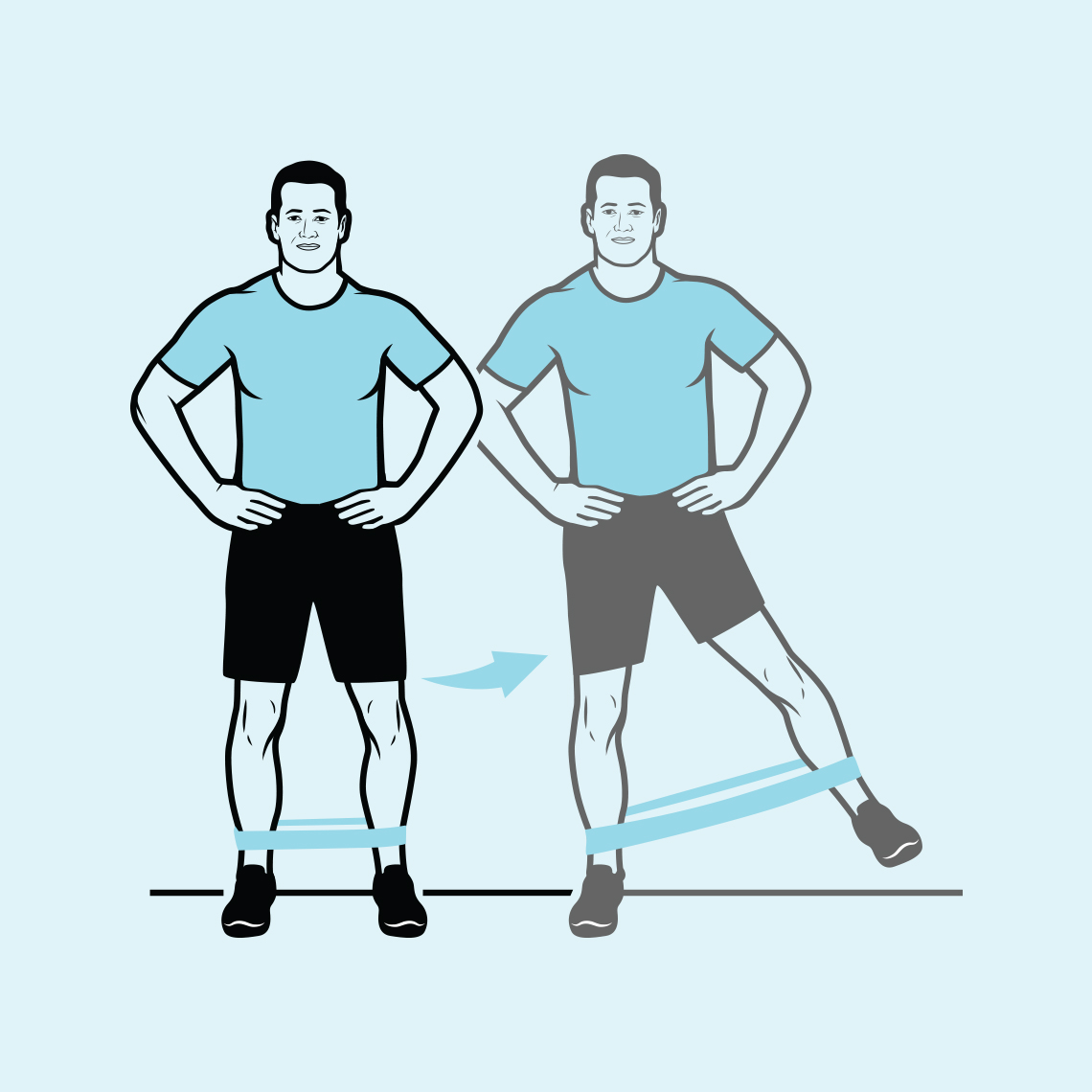 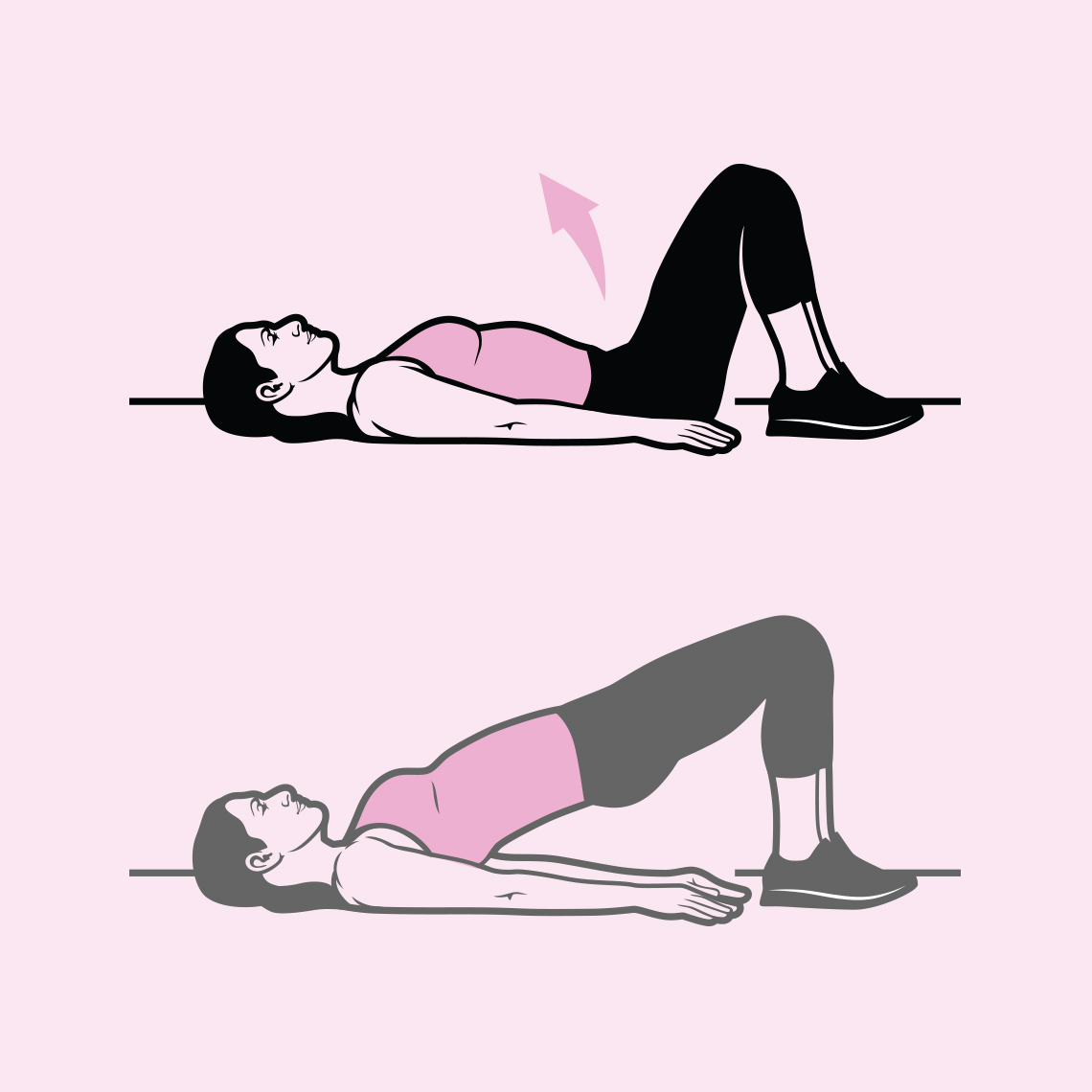 Stand with feet shoulder-width apart. Loop a resistance band around both ankles. Raise your right leg out to the side as far as you can. Hold for a moment; slowly return to the starting position. Switch legs; repeat exercise on the other side.

Lie on your back, knees bent, feet flat on the floor. Raise your hips to form a straight line from your shoulders to your knees (use a support if needed). Clench your butt at the top of the movement, pause, and lower back down.