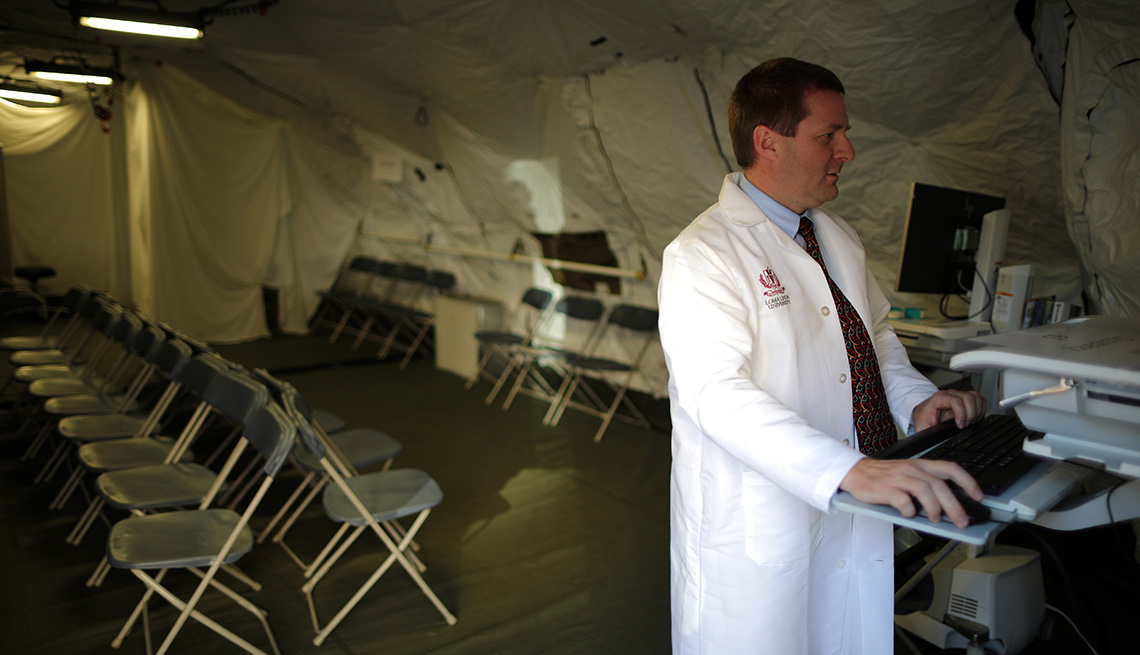 Of all the states grappling with this year’s especially tough flu season, California has been one of the hardest hit. Some medical centers, overflowing with patients, have erected tents to handle the extra patients, and today state health officials reported that the death toll has risen sharply.

The state tracks fatalities among people younger than 65, and there were 32 last week, the deadliest week of the season so far. But most victims are older: Los Angeles County alone has counted 96 influenza-associated deaths this season, with 82 of those being among adults over 65.

Along with fatalities, the number of hospitalizations has also soared, straining the state’s hospitals and medical personnel, who say that many of those admissions are for older patients who run the risk of dire complications such as pneumonia. It's definitely not a run-of-the-mill flu season.

Take Chris Stone. By midday Monday, his symptoms — aches, fever, chills, lethargy, loss of appetite and, for good measure, a raging headache — had rendered him a mass of misery. The Universal Studios Hollywood set builder headed to his Santa Monica home to drink water and hot tea with lemon and honey.

On Tuesday afternoon, Stone, 50, went to urgent care, where he tested positive for not one but two flu strains: A and B. He began taking Tamiflu, an effective antiviral medicine. “I didn’t sleep for 48 hours because I had such bad body aches,” Stone said. “I just wanted it to end.”

After his fever spiked to 103 Wednesday, a friend drove him to the Nethercutt Emergency Center at University of California Los Angeles Medical Center in Santa Monica, which was overflowing with flu sufferers and other patients. Stone spent the night in a secluded area of the ER until doctors finally freed up a hospital bed and checked him into a private room — a precaution because Stone had received a kidney transplant in 2007 and has a weak immune system. By Thursday afternoon, he was at last resting comfortably as an IV drip replenished fluids.

“The flu season has come earlier than usual this year, and it came with a fury, with oomph,” said Wally Ghurabi, the emergency center’s medical director. “People are sicker than last year, and the numbers of patients are way higher.” 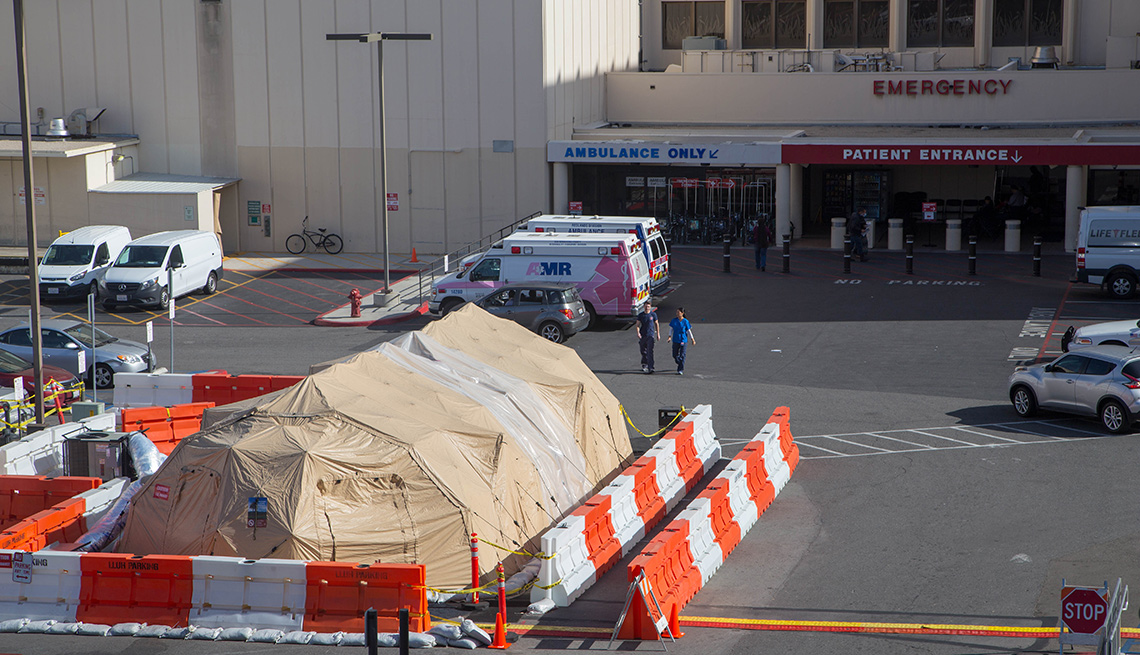 When the number of flu patients in the ER surges, this tent allows Loma Linda University Health to keep them separate from patients in need of other medical care and prevent the spread of the flu.

With the effects of the especially severe prevailing strain this year, influenza A (H3N2), Loma Linda University Medical Center, about 60 miles east of Los Angeles, has erected a military-style triage tent in a parking lot to handle patients who don't seem to have the flu so the ER can be reserved for those with the highly contagious illness. “We’re seeing a lot of people over age 65 with flu-like symptoms,” said Adrian Cotton, chief of medical operations. Influenza often hits elderly patients harder, Cotton added, because “they have less reserves and have other ailments that can make symptoms last longer.”

At Cedars-Sinai Medical Center in Los Angeles, patients of all ages have poured in. “The more serious complications and deaths have been nearly exclusively in patients older than 65,” said Jonathan Grein, medical director of hospital epidemiology.

As of Thursday, Torrance Memorial Medical Center had seen 736 patients with flu symptoms, of whom 639 had tested positive for flu, said Shahin Thomas, a nurse and clinical director of the hospital’s emergency department. Nearly half of those were admitted, and most of those admitted were 50 or older. Many of those older patients had other illnesses, such as diabetes, heart disease or hypertension, that made the flu effects more severe.

Loma Linda, Cotton said, has also admitted more patients than in past years, and they tend to be sicker ones, too. It's unlikely the flu tent will be coming down anytime soon. “We think there’s going to be another uptick,” Cotton said. “It’s probably going to peak in the next two to four weeks."