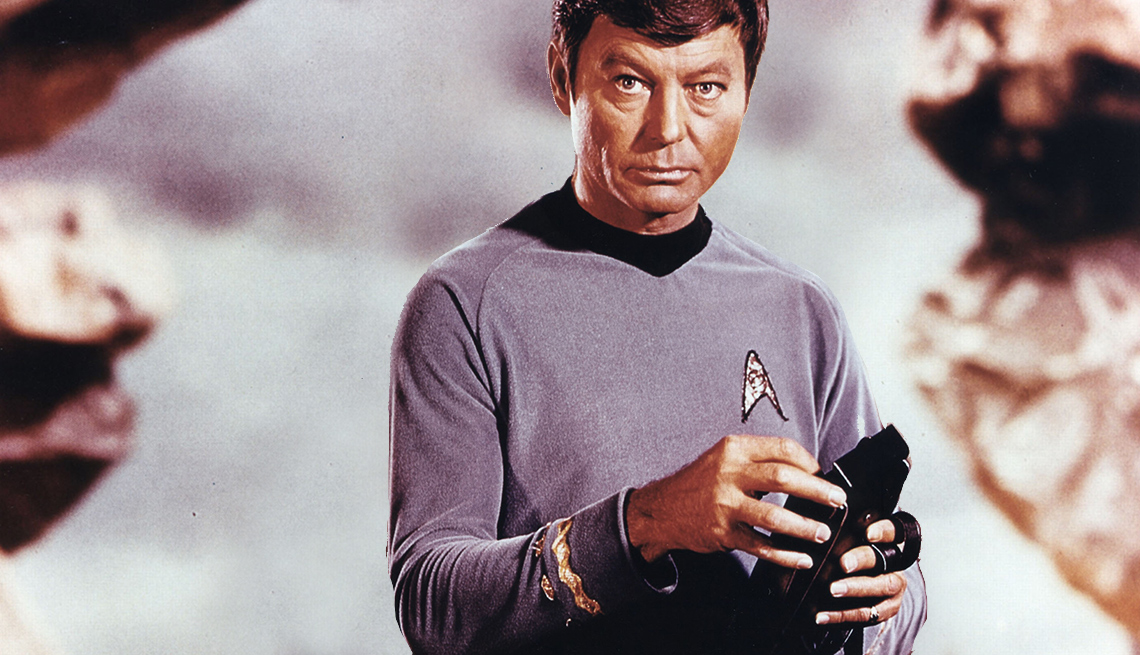 They said it couldn’t be done (not for another 250 years or so, anyway), but somebody did it: Basil Harris, an emergency room physician from Paoli, Pa., with five doctorates, including one in engineering, created a real-life version of Dr. McCoy’s “Star Trek” tricorder.

You remember the tricorder — it looked like a cross between a man purse and an 80s-era tape recorder, and it worked by … magic.

Harris’s gizmo, called the DxtER (DX for “diagnosis,” t for “tricorder,” and ER for “emergency room”) can actually diagnose only 34 ailments on humans, including diabetes, pneumonia and atrial fibrillation. It’s also one of two contenders for a $10 million technology prize to be awarded next month.

Harris designed DxtER with the help of three siblings — George, an IT engineer; Gus, a urologist; and Julia, who works in health care policy — after he spotted a notice for a competition called the X Prize back in 2013. The competition is sponsored by the California-based nonprofit X Prize Foundation, which champions technological innovation. He told the Washington Post he thought, “How hard can this be? We’ll bang this out in a weekend.”

It took longer. But now DxtER is one of two finalists for the ultimate prize. The other, Dynamical Biomarkers Group, is a consortium of 50 physicians, scientists and programmers backed by the Taiwanese government. Win or lose, Harris said, he and his siblings still plan to market their device, with hopes that it will be useful in medically underserved areas.