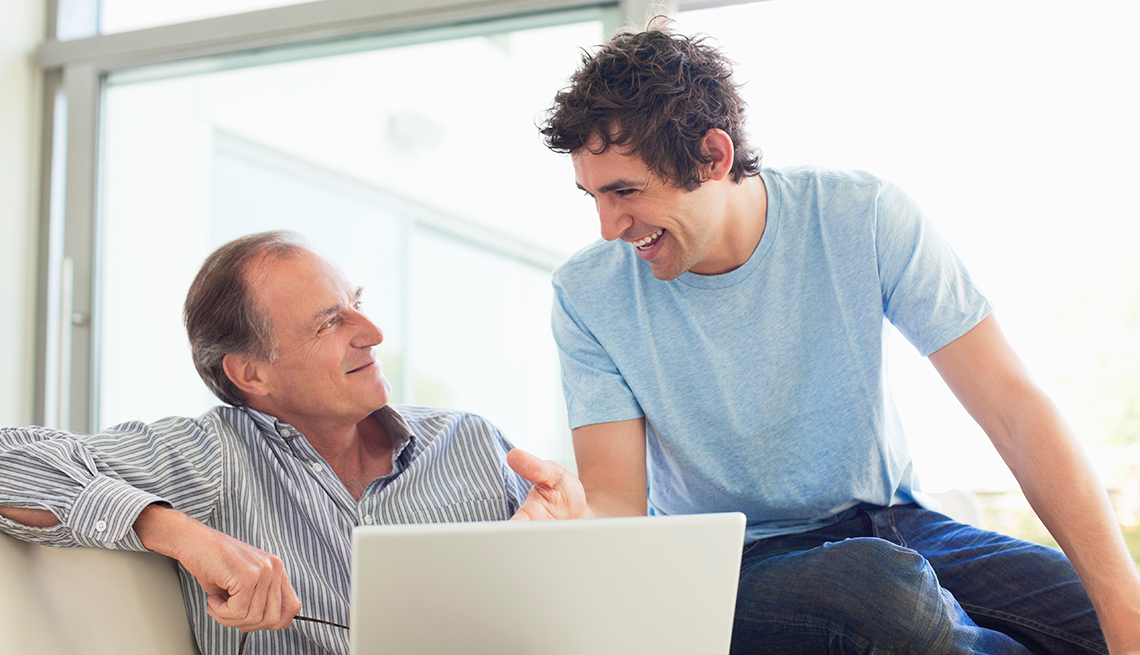 Some of the toughest discussion topics for dads — especially boomer dads — include diet, sex and urological health, according to a new report.

Many of us know anecdotally that men don't discuss their health concerns with family, including their kids. Now there's hard evidence: In survey findings released today the Cleveland Clinic reports that men of all ages are often reluctant to talk to their sons about family health history, their own health problems and the importance of regular checkups. And older men are the most reluctant to do so.

The “MENtion It” survey, which included fathers or father figures of males around the country, was spurred by clinic physicians’ impressions that many of their patients who had conditions that could be passed on to their sons — such as prostate cancer, chronic kidney disease, high blood pressure — often didn’t share that information, says Eric Klein, a Cleveland Clinic urologist involved with the survey.

The survey found that sons are far more likely to have talked about family health histories with their moms. And some of the toughest discussion topics for dads, especially boomer dads, include diet, sex and urological health. Only 16 percent of boomer men said they had discussed sex with their sons, compared with 36 percent of Generation X fathers.

What’s stopping them from talking? The top reasons cited were that they “don’t want to worry other people” and “worry that they’ll be seen as complaining or whining.” Many also said they “struggle to find the right words” or “worry their son won’t want to talk to them.”

Such worries are understandable, says Klein, “especially if the son is a teenager. He might not really be interested in anything that Dad has to say.” But, he adds, “I think there’s sort of a pent-up willingness to do this."

Klein says he tries to encourage his patients to get over their reluctance to talk about health by telling them to remember, “You’re a role model for your child, and they’ll appreciate that you have the trust and comfort to be open with them.”