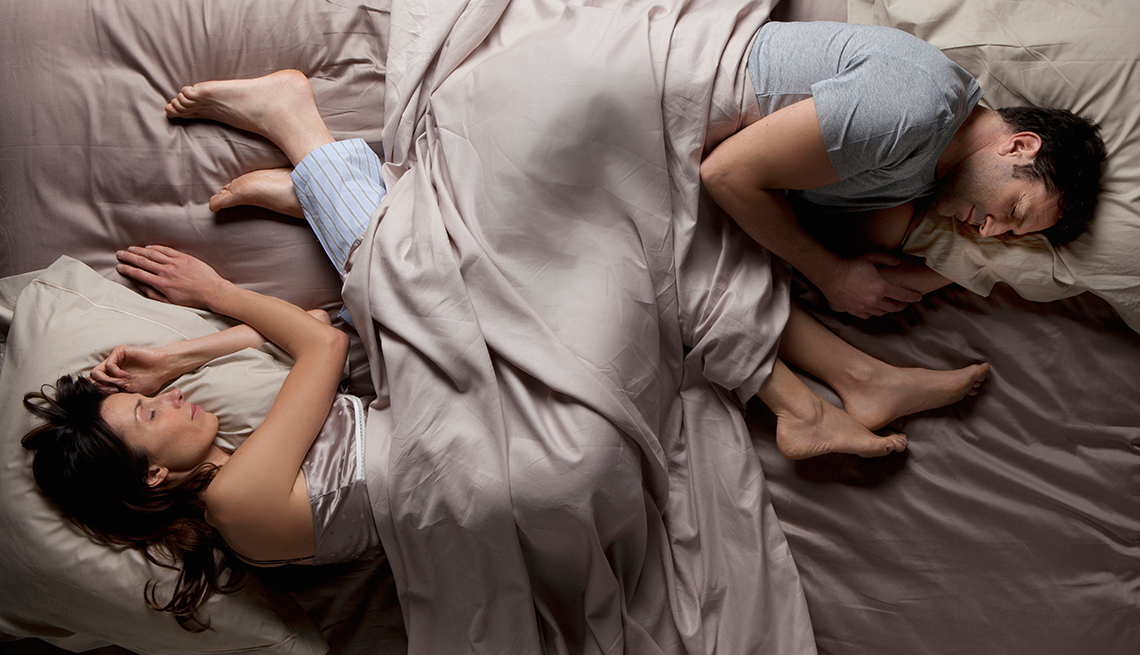 The health benefits of sleeping apart can be significant.

Picture the blissful couple, sleeping silently in their shared bed, awaking with the sunrise, blissfully rested, energized and ready to take on the day ahead. Now realize that that picture in your head truly exists only in the sunniest of sitcoms and mattress commercials on TV. In reality, many of us toss and turn while we sleep, or snore, or get up several times a night to use the bathroom — and annoy our bleary-eyed partners while we do it. That’s why, according to a 2015 study by the National Sleep Foundation, about a quarter of all couples report that they sleep in separate beds.

Speaking of sunny sitcoms, that’s the sort of arrangement that calls to mind the chaste dueling-twin-bed situation on 1950s-era TV shows like I Love Lucy and The Dick Van Dyke Show. And yet, even though a study by the Better Sleep Council once showed that couples crave sleep more than sex, experts say sleeping in separate beds doesn’t necessarily mean your sex life is in hibernation. It probably just means you need some shut-eye.

“Getting good-quality sleep is important for relationships ― bed-sharing or not,” Phyllis Zee, M.D., director of the Sleep Disorders Center at Northwestern Memorial Hospital, told The Huffington Post. “It’s a personal decision, not necessarily a sign of marital problems.”

Though the social stigma of sleeping separately is enough to deter some couples from the notion, even those who share a bed are often curled up on their own side of it. That Better Sleep Council study also revealed that even one in five couples that do share a bed cling steadfastly to their side of it, essentially sequestering themselves from their partner.

The truth is, the health benefits of sleeping apart — assuming that you’re getting a better night’s sleep because of it — can be significant. A study by Neil Stanley, M.D., at Britain’s University of Surrey found that couples who shared a bed endured 50 percent more sleep disturbances than those who slept separately. And many studies have found bad sleep habits and patterns can lead to a litany of health issues, from depression to heart disease to diabetes. On the other hand, a consistently good night’s sleep can boost your mood, memory and immune system, as well as lower your risk of injury and chronic pain.

And yes, getting more sleep can even get your sex life going again; a National Sleep Foundation survey found that better sleep led to better sex for 26 percent of respondents. So now we know what Lucy and Ricky were really up to.