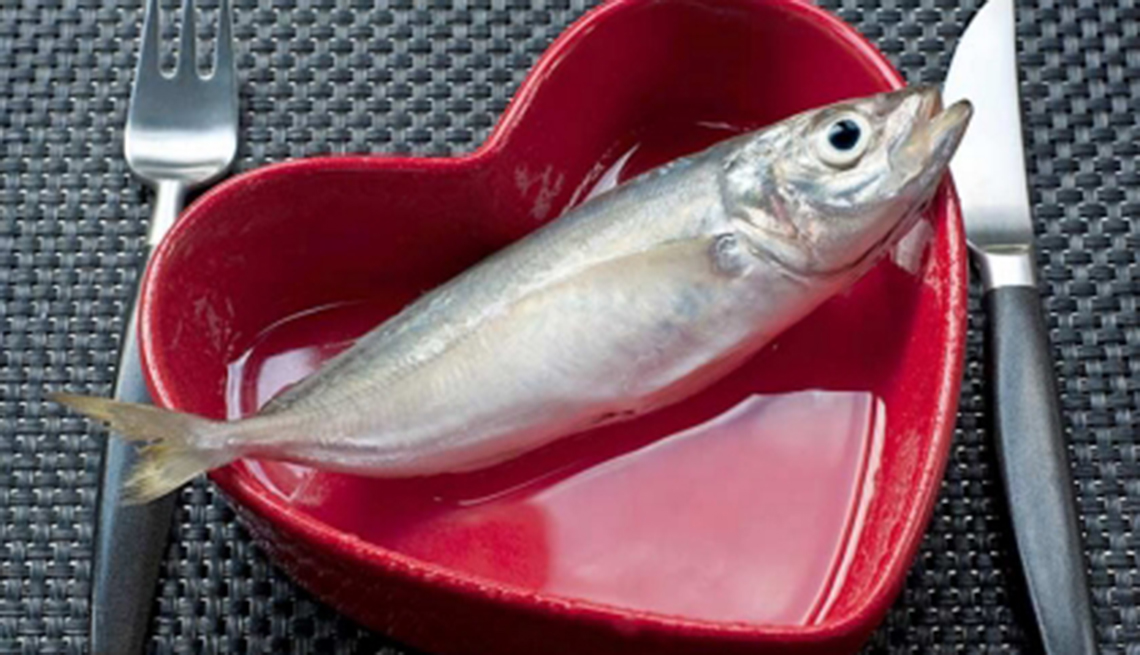 Heart health is determined by the quantity and types of food you eat; for starters, eat more fish.

En español l Every decade, as we get older, many of us find we're a few pounds heavier. I'm no different. I'm 66, and I just decided it was time to practice what I preach as chair of the cardiology department at the Cleveland Clinic. So I cut some calories and exercised, and the extra pounds slowly disappeared.

It's interesting to me how much trouble patients have losing weight. One of the things they have to stay away from is fad diets. Every true believer out there has a diet book, and they're all mutually contradictory. One will say eat no fat. The next one will say eat no carbs. They're all wrong. None of these diets are healthy or appropriate for cardiac health.

Heart health is determined by the quantity and types of food you eat. A recent study in the New England Journal of Medicine looked at a low-fat diet versus a Mediterranean diet. Those who consumed a diet rich in olive oil and nuts had a much lower risk for heart disease. Also: Don't take dietary supplements. There's no way to know what's in them (they are largely unregulated), and there's little scientific evidence of any benefits. There's some evidence for vitamin D and calcium, but the widespread use of vitamin D is out of control. Avoid vitamin E. Avoid coenzyme Q10. Avoid fish oil; just eat more fish.

Statins are remarkable drugs, and they've been shown to lower the risk of heart attack and stroke by 30 to 35 percent. Those of us who treat older patients were appalled by the recent guidelines suggesting that you should not give statins to people 75 and older. That is just medically wrong. Today's 75-year-old can live to be 90 or 95. I treated my father-in-law at 75, and he's 97 now. He had high cholesterol and lots of risk, and I said to him, "You may be 75, but you're not dead." At the end of the day, we have to advise our patients based on their individual risk factors.

3. Statin alternatives are on the way

By and large, statins are very safe, but there are some patients who simply cannot take them or can't take enough of them to get their cholesterol to the levels we want. For those people, we finally have several promising new drugs in development. Called PCSK9 inhibitors, they're taken by injection once or twice a month, and they've been shown to reduce bad cholesterol by 50 to 60 percent. One or more of these drugs may be available later this year.

Aspirin can help heart attack patients avoid a second heart attack, but if you don't have heart disease, you should not take aspirin as a prophylaxis. Aspirin does as much harm as good; it can cause serious bleeding. A recent study in the Journal of the American Medical Association found that a daily low-dose aspirin did not reduce the risk of a first heart attack or stroke, even in those with high cholesterol, high blood pressure or diabetes.

We thought we had reached our limits in our ability to effectively treat heart failure. But in clinical trials, a new drug called LCZ696 cut the risk of death and hospitalizations by 20 percent, compared with enalapril, our gold standard drug for the past 20 years. The Food and Drug Administration has put LCZ696 on fast-track status; it may be approved this year.