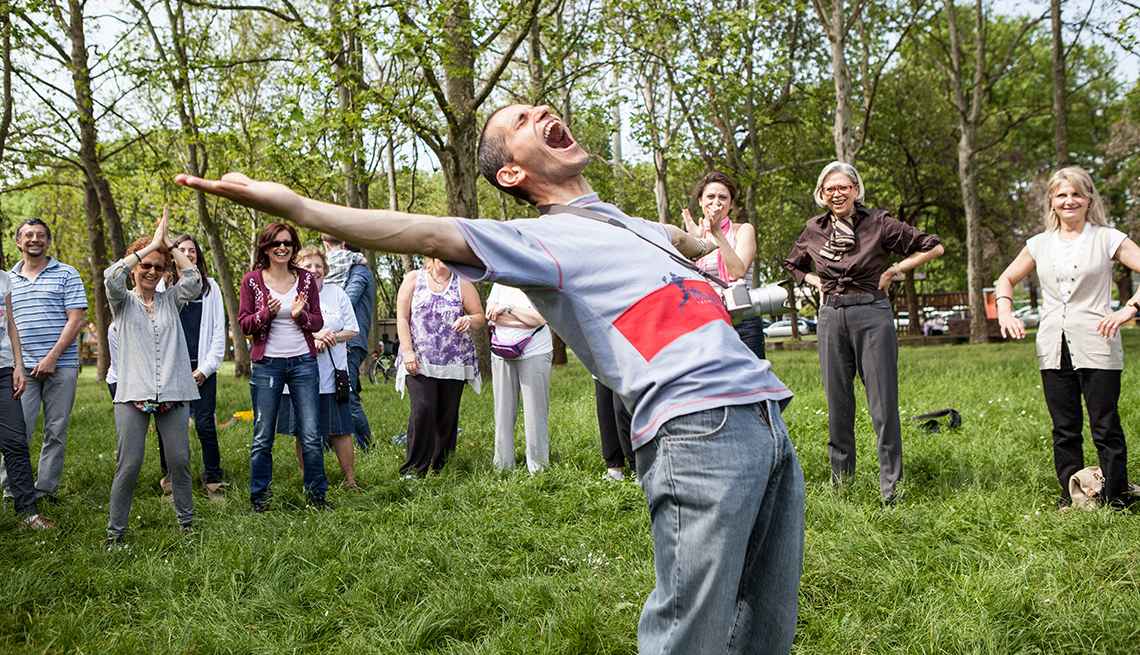 En español l Want to live a superlong life? Choose your parents well. Want to be healthy until the day you die? Laugh more, get some sleep, and get a tetanus shot. "Longevity has a strong genetic component, but how healthy you are as you age is largely up to you," says Harvey Jay Cohen, M.D., director of the Center for the Study of Aging and Human Development at Duke University in North Carolina. "Most of us want to be healthy until the end, not live to 100 and be a decrepit wreck." Cohen tells us how to go the distance in the best shape possible.

Numerous studies have shown that laughter can reduce stress, improve your immune system, even relieve pain. The findings have prompted the proliferation of "laughter clubs" around the globe. Participants, many of them with chronic illnesses, gather together to laugh and do breathing exercises. (Find a club near you at Laughter Yoga.) "Laughter is a way of coping and dealing with difficult situations. It has real benefits on a clinical level," Cohen says.

People 50 or older who get six to nine hours of sleep a night think better than those who get fewer hours, according to a new study in the Journal of Clinical Sleep Medicine. Sleep seems to strengthen the connections between brain cells, helping older adults process information more readily. And researchers at University Hospitals Case Medical Center in Cleveland found that poor sleepers show signs of premature skin aging, including fine lines, uneven skin tone and reduced elasticity. "Sleep seems to help our bodies repair all the things that might have gone wrong during the day," Cohen notes.

Cut out the middle

Your waist circumference is one of the strongest predictors of current and future health, even more than body mass index. In one recent study, even thin women who carried their weight in the abdomen had three times the risk of dying as thin women whose waist sizes were smaller. "We live in an era of nutrient excess, and many people believe that's the genesis of many of the diseases of aging," Cohen says. Previous research has shown that restricting calories can slow the aging process, but that can be tough to do. That's why Cohen and others are increasingly excited about research into the role of sirtuins, naturally occurring proteins in the body that seem to regulate the aging process and are activated when calories are restricted.

Opt for screenings over a wellness exam

"A yearly physical per se has not been demonstrated to be all that helpful" in preventing disease, Cohen points out. A better bet: Get specific screenings for heart disease, and breast and colon cancers, as well as vaccines for flu and shingles. "Plus, check to see if your tetanus vaccine is up-to-date," he adds. "It has a long duration of effectiveness, but if you live a long time, you might exceed this."

MORE FROM THE EXPERTS

Get your game on
P. Murali Doraiswamy, M.D.

"New research shows that brain games work by opening up portals in the brain called critical periods. These are windows that allow for rapid learning and which typically close in early childhood. Combining brain games with exercise has an even greater effect on memory and cognition."

"Someone who's in the midst of a stroke is losing 2 million brain cells a minute. That's why it's so important to get to the hospital right away, so the clot-busting drug tPA can be delivered as soon as possible. Hospitals in Germany are experimenting with CT scans in ambulances; look for these in the U.S. soon."

"One of the most exciting developments in cancer treatment is the idea that we can harness our immune system to fight cancerous cells, maybe through a vaccine. But there are other ways to do it: Exercising, eating a healthy diet and maintaining a healthy weight all reduce breast cancer risk."