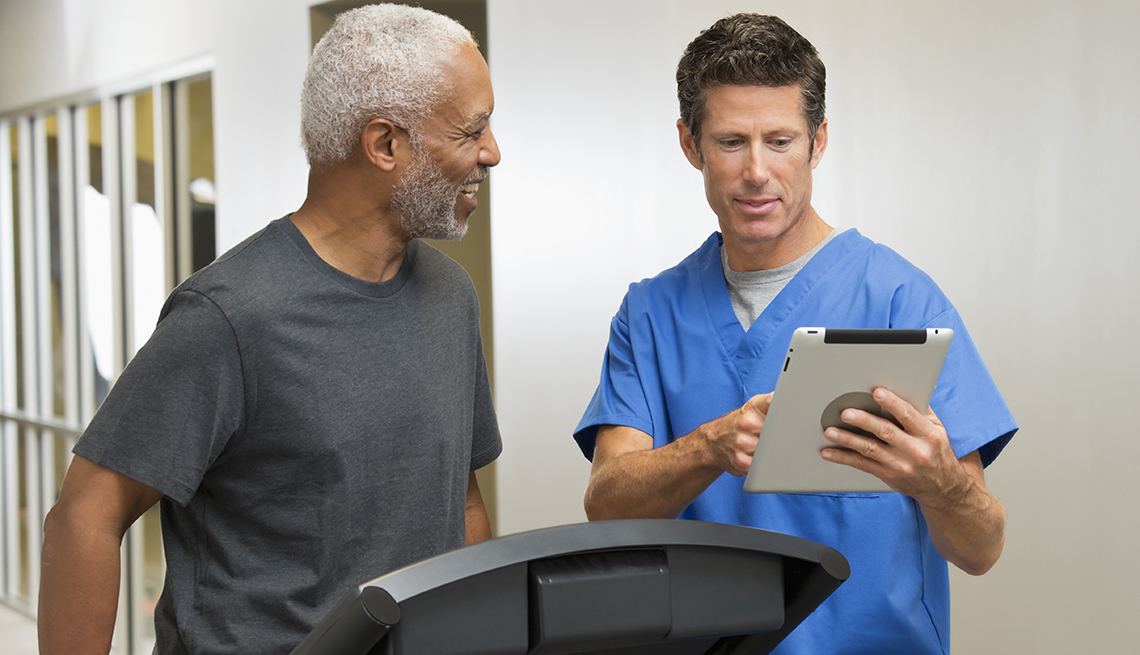 Just how bad is not exercising? Very, very bad, says a new JAMA Network Open study, which finds that being on the lowest rungs of aerobic fitness gives you a much bigger chance of premature death than smoking, hypertension or diabetes.

But the thing that the study’s author, Wael Jaber, M.D., a cardiologist at the Cleveland Clinic, found most surprising? How the life-extending benefits of exercise applied “across the board,” to men, women, and adults in their 40s, as well as those in their 70s. In fact, he says, the greatest survival benefit from exercise came to those who were 70 and older — although more research would be needed to sort out the “chicken or the egg” question of whether exercising one’s whole life puts you in a prime position with regard to longevity, or whether exercise has outsize benefits in your 70s or 80s.

“I expected to see some survival benefit but expected it to be patchy, mostly maybe in the 50s,” says Jaber of his expectations for his research. “I didn’t expect to see it in the very young, that is, those in their 40s, and I did not expect to see it in the very old.” For that age group, he says, “I thought that other things would overwhelm the benefit.” Instead, he says, exercise's major boon to living longer not only cut across all ages but even applied to “patients who have established heart disease,” involving things like coronary blockages.

While Jaber notes that the results are quite surprising, he also points to the fact that they’re more objective than studies involving self-reporting of exercise. Looking at nearly 25 years of data involving 122,007 patients, Jaber and his team studied patients’ cardiac fitness according to the results of treadmill stress tests — a much more accurate measure than, say, having people record their fitness activities for the week or estimate it for a year.