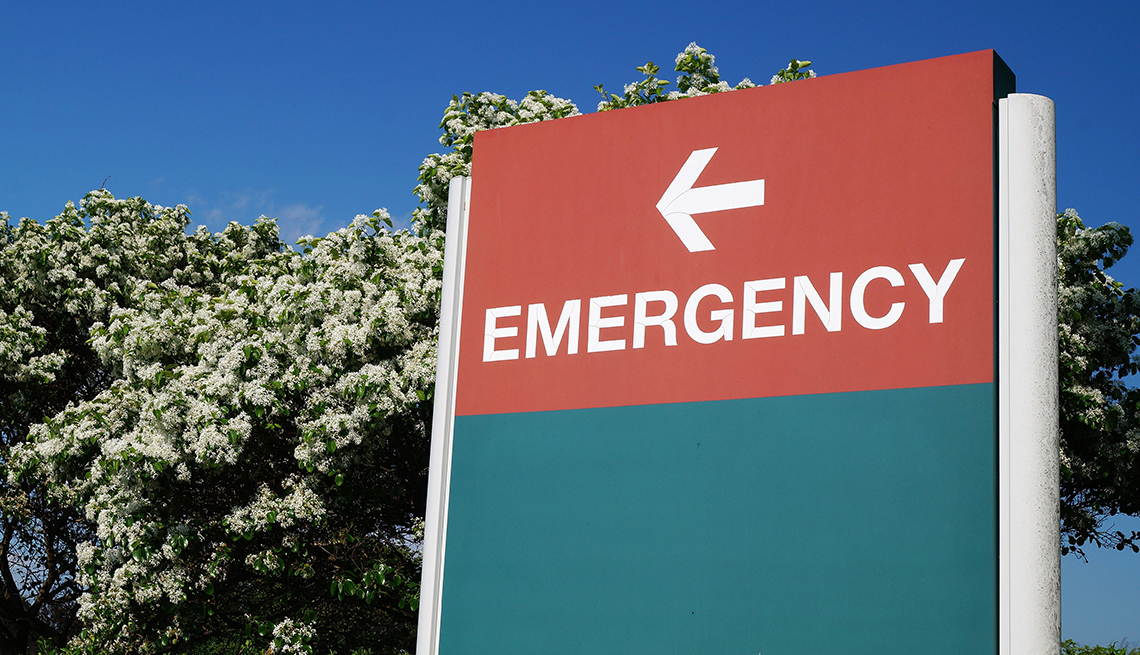 Emergency doctors went to bat for patients Tuesday, filing a lawsuit in federal court against Anthem Blue Cross and Blue Shield of Georgia. The doctors want the insurer to rescind a policy that allows it to deny coverage for some emergency room care.

The American College of Emergency Physicians and the Medical Association of Georgia are asking the court to require that Anthem roll back the policy, which the lawsuit says has caused “providers and patients alike” to operate “in fear of denial of payment” by the insurance company. Anthem declined AARP’s request for a comment.

“Even trained medical professionals require tests to rule out emergency conditions,” said Vidor Friedman, president-elect of the American College of Emergency Physicians. Expecting patients to be able to do the same, he said, is unreasonable.

Donald J. Palmisano Jr., executive director of the Medical Association of Georgia, said self-diagnosis can also be dangerous. Take epiglottitis, a potentially life-threatening inflammation of the flap of cartilage covering the windpipe, he said: “That’s the kind of example where a patient has a sore throat, they don’t realize it’s epiglottitis, they don’t go to the ER, and they have an unfavorable outcome that may result in death. That’s the chilling effect of this policy.”

Under the current policy, which Anthem said was intended to reduce the use of ERs for nonemergencies, patients in six states can be forced to foot the bill if the reason for their visit turns out to be what the insurer considers a nonemergency.

According to the lawsuit, the policy violates federal law’s “prudent layperson” standard, which defines a medical emergency in terms of the symptoms experienced by a person with “average knowledge of health and medicine” — not by a doctor’s final diagnosis.

The suit marks the latest development in the life span of the controversial policy, which was implemented last year in Georgia, Missouri and Kentucky before expanding to Indiana, New Hampshire and Ohio.

In February, Anthem softened the policy when it announced a set of circumstances under which emergency care would automatically be covered, such as when a patient is traveling out of state, is directed to the ER by a health care provider, or receives intravenous fluids or medication.

Physicians haven’t been the only ones to register their objections. Last year, U.S. Sen. Claire McCaskill (D-Mo.) wrote to Anthem saying that its emergency room policies were “discouraging individuals from receiving needed care and treatment out of fear they may personally be fully financially responsible for the cost of treatment, even though they have insurance.”

“You purchase health insurance to help you,” Friedman said. “Not to create another obstacle to care.”