Join us at 7 p.m. ET Thursday as experts answer your questions about the coronavirus delta variant, boosters and self-care. Find out more.

A past injury can be considered a pre-existing condition.

Q. I hear they are improving the federal health insurance plan for people with pre-existing conditions and it'll be cheaper, too. Is that true?

A. Yes. Next year three new options will replace the single Pre-existing Conditions Insurance Plan the federal government runs in 23 states and the District of Columbia. And the government is lowering monthly premiums and cutting out-of-pocket costs for the insurance. The changes are designed to boost enrollment, which is way below expectations. Some 8,000 people were signed up by November, a very slow start compared with the 400,000 to 700,000 people federal officials predicted would join in the next three years. Required by the health reform law, the program was introduced over the summer for people who have been unable to get insurance for at least six months because of their ill health or medical history. 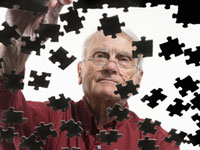 Through educational fact sheets, live webinars, and the question-and-answer series "Health Care Reform Explained," AARP has the information you need.

When this insurance option was unveiled, some critics warned it would be so popular that the $5 billion in federal money for the program would run out before it closes at the end of 2013 and health care reform kicks in. So far, that isn't the problem.

Monthly premiums will still vary by age and state, but generally, they can't be higher than the price of a standard individual insurance policy in that area. The law also prohibits charging older people more than four times what younger people pay. This year, the lowest monthly premium for a person over age 55 enrolled in the federally run plan is $459 in Hawaii, and the highest is $773 in Florida. Next year, monthly premiums for the standard plan for the same age group will range from $371 in Hawaii to $626 in Florida. The average premium for this group in 2010 is $632 and $515 in 2011.

The Standard Plan: Premiums will be nearly 20 percent lower than this year's premiums. Members will be responsible for separate deductibles of $2,000 for medical costs and $500 for drugs on the plan's list of preferred drugs.

The Extended Plan: Premiums will be a little higher than the standard plan, but the deductibles are $1,000 for in-network medical care and $250 for drugs on the plan's list. By splitting the deductibles into medical and drugs, the thinking is that the drug coverage would start sooner, which is important for people with pre-existing conditions who often take maintenance drugs.

The Health Savings Account: This option includes a medical plan with a $2,500 deductible for both in-network medical expenses and drugs. Premiums will be nearly 16 percent lower than 2010 premiums. Money contributed to a health savings account is free of federal income tax and can be used to pay deductibles and copayments. Any money left in the account at the end of a year can be carried over and used for future covered medical and drug costs.

Also new for next year: The federal plans will offer lower premiums for children with pre-existing conditions, up to 18 years old. Children now pay the same rates as adults. In Florida, for example, the standard plan premium for a child will be $196 a month, a third less than the cheapest premium for adults.

Go online for a detailed comparison of the three new plan options, or to find the premium rates for this year and in 2011.

States that decided to operate their own pre-existing condition insurance plans don't have to adopt these changes, although federal officials are encouraging them to do so. And some states already offer a choice of plans. Check this website for information about plans in your state.

Those enrolled in the federally run program this year have until Nov. 30 to pick one of the three plans for 2011. If they don't decide, they will be automatically signed up for the standard option plan.

However, there is one thing about the plans that is not changing: The health care reform law states that to qualify for this pre-existing insurance plan you must have been turned down for insurance because of an existing health condition or have been approved only for a policy that doesn't cover your condition. Some readers criticize the six-month rule. But federal officials have said they are unable to waive the rule since it is part of the law Congress approved.

The law also required a website where you can find out about other insurance options available now, including other government health programs.