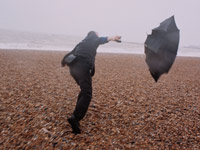 Yes. On Sept. 23, lifetime limits are effectively banned for all plans that begin or are renewed after that date. Insurance companies can no longer cut off policy holders when their medical expenses reach a lifetime limit. Annual limits on coverage will be phased out over the next few years, beginning this year.

Currently, more than 100 million Americans have insurance that stops when medical claims exceed their policy’s lifetime limit. The new rule especially will help people with serious diseases that require expensive treatment. Ten percent of cancer patients surveyed recently said they hit their lifetime limit and their insurers would not pay for further medical care. Federal health officials mention the example of an Indiana teenager battling leukemia who reached the $1 million lifetime limit on his family’s policy in a couple of months. To pay for his bone marrow transplant, his desperate parents appealed to the public for donations and raised more than $500,000.

The ban on annual and lifetime limits applies to employer-sponsored and individual plans, but only for the cost of what the law calls “essential health benefits.” The law provides examples of these benefits, but the specifics will be spelled out in regulations to be issued by the U. S. Department of Health and Human Services. Patient advocacy groups are hoping that the government will decide that a wide range of health care services must be covered.

There are other exceptions to the ban. It doesn’t apply to so-called “grandfathered” plans, which are insurance policies in existence when the health care reform bill was signed into law March 23, 2010 that do not significantly raise premiums or reduce benefits.

Yes, for the most part, but not because of the health care reform law’s ban. Medicare supplemental insurance (medigap) and Medicare Advantage plans are regulated by earlier laws that already prohibit annual and lifetime limits. However, medigap policies sold before 1992 can impose limits.