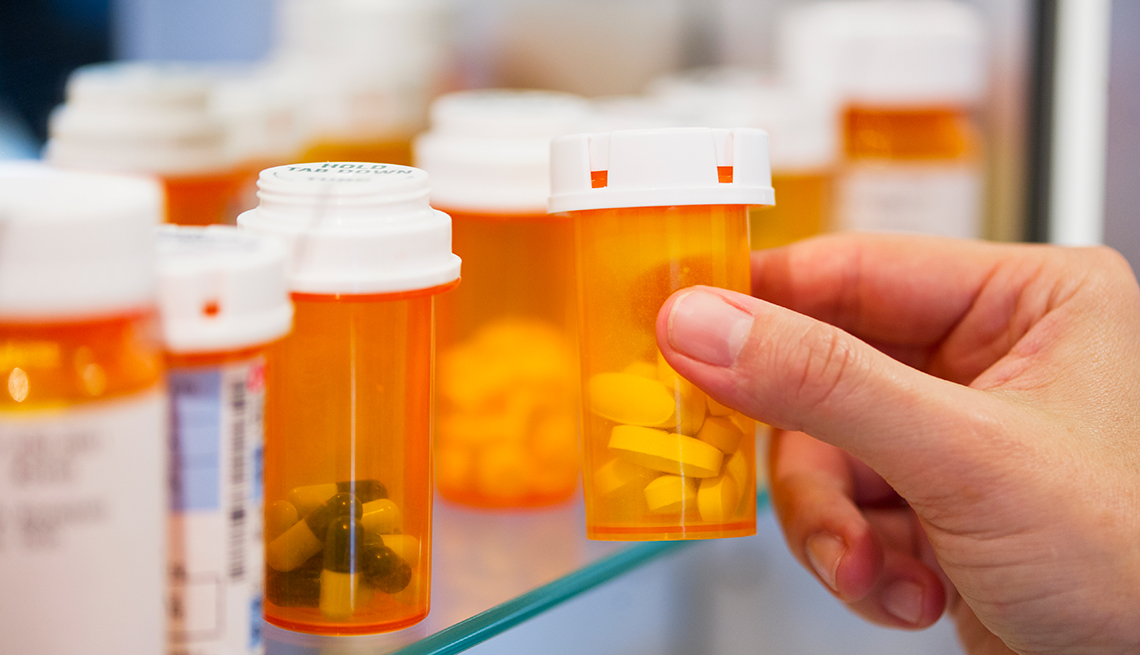 Outrage from politicians and patients over soaring drug prices has done little if anything to slow their ascent, with the retail price tag for brand name drugs widely used by older Americans jumping by an average of 15.5 percent in 2015 — the fourth straight year with a double-digit increase, a new AARP Public Policy Institute report finds.

The average annual cost for one brand name drug used to treat a chronic health condition topped $5,800 last year, compared with less than $1,800 a decade ago when AARP began the study.

Drug price increases over the past 10 years that Whitman called “just shocking,” included Ativan 1 mg tablets, the anti-anxiety drug, with price hikes of up to 2,873 percent between 2006 and 2015, and the antidepressant Wellbutrin XL 300 mg tablets, which increased by 1,185 percent. The retail price of Humulin U-500, a short-acting insulin product used to treat diabetes, rose by 538 percent over the past 10 years, most of that in the past five years.

Brand name drug price increases translate into higher out-of-pocket costs, especially for consumers who pay a percentage of drugs costs (coinsurance) rather than a fixed dollar amount (copayment). Higher prices are typically passed along to consumers in the form of higher price sharing, deductibles and premiums.

Prescription drug price increases also affect taxpayer-funded health care programs like Medicare and Medicaid. In fact, AARP’s findings echo an earlier report this month by the Centers for Medicare and Medicaid Services (CMS) that looked at the 20 highest price increases from 2014 to 2015. Spending by CMS on these drugs jumped from $146 million to $486 million, the data showed.

“We will never get health care costs under control as long as drug manufacturers are free to set incredibly high prices and then increase them every time the mood strikes,” said report coauthor Leigh Purvis, director of health services research for AARP’s Public Policy Institute. 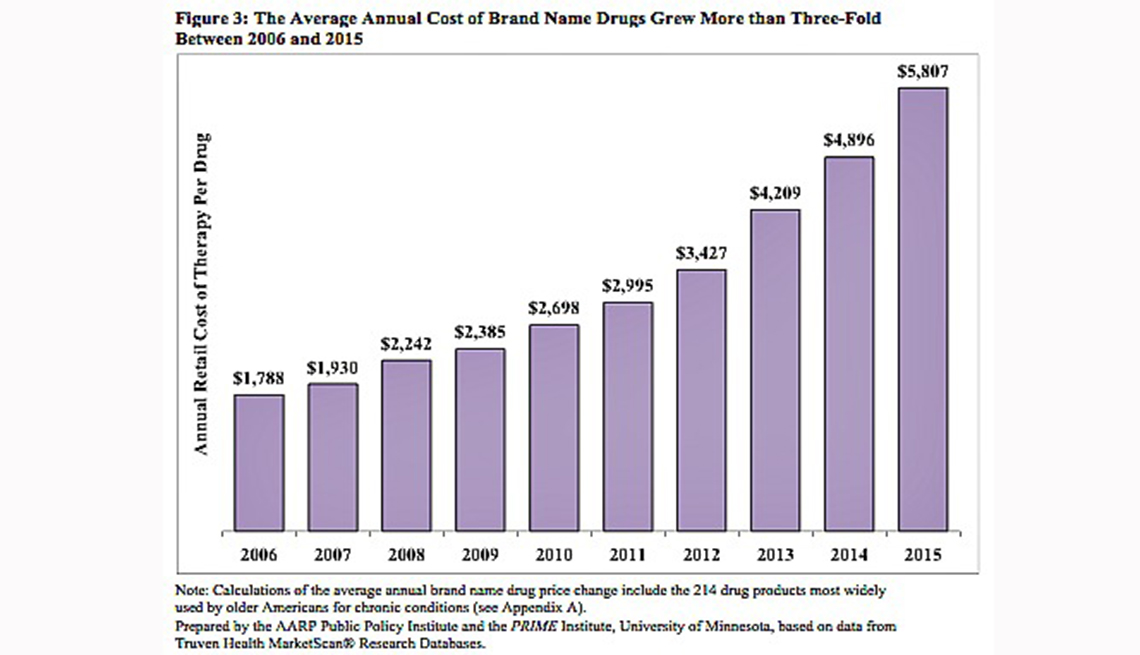 Prescription drug prices have been steadily increasing in the past 10 years.

Other findings in the AARP report: