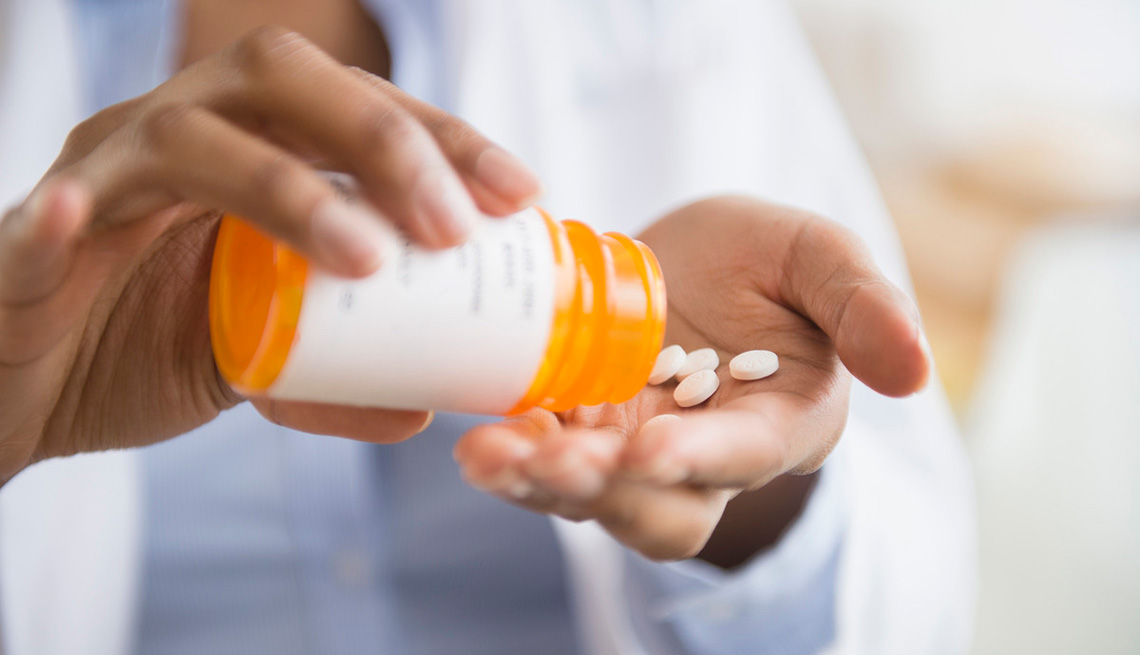 Using NSAIDs may increase your risk of heart attack or stroke.

En español | If you're one of the more than 29 million Americans who regularly use painkillers like ibuprofen and naproxen — including over-the-counter brands like Advil, Motrin and Aleve — the government has new words of warning for you: Using these drugs increases your risk of heart attack and stroke.

Studies reviewed by a Food and Drug Administration advisory panel last year found mounting evidence that NSAIDs, or nonsteroidal anti-inflammatory drugs, increase the risk of heart attack, stroke and heart failure whether or not a person has heart disease. Those with a history of heart problems are at the highest risk. "No matter who you are, your risk increases," said Bruce Lambert, director of the Center for Communication and Health at Northwestern University, who specializes in drug-safety communication.

A new warning on prescription and over-the-counter NSAIDs will point out that the increased risk can occur even within the first few weeks of taking the drug and might rise with high doses taken for an extended period of time. The new warning does not apply to either aspirin or acetaminophen.

So what does this mean for the millions of people who use these painkillers for everything from a temporary headache to chronic pain from arthritis? Here are answers to some frequently asked questions.

Should I stop taking NSAIDs for pain relief?

If you're using them to relieve crippling pain that impairs your quality of life, don't stop without talking to your doctor, says Sanjay Kaul, a cardiologist at Cedars-Sinai Medical Center in Los Angeles and a member of the FDA advisory panel. These are situations where patients and physicians have to consider the trade-offs in benefits and risks.

But he urges his patients "not to use these medications for minor aches and pains, headaches or fever." Try Tylenol (acetaminophen), aspirin or a heating pad first. "Restrict NSAID use to more severe cases of pain," he says. And if you do take them, stick to the lowest effective dose for the shortest time possible.

Who is most at risk when taking NSAIDs?

The greatest risk is to those with high blood pressure or heart disease, particularly those who have recently had a heart attack or cardiac bypass surgery, the FDA said. Those who take the drugs regularly, especially at high doses, should be concerned as well.

How much does my heart risk increase?

For a typical over-the-counter NSAID, the estimated risk increases by about 10 percent, but the risk for the stronger doses that typically require a prescription can be 30 to 50 percent higher, Kaul said. Those doses include 2,400 milligrams for Motrin (ibuprofen), 1,000 mg for Aleve (naproxen), 150 mg for Voltaren (diclofenac) and 200 to 400 mg for Celebrex (celecoxib). Keep in mind, however, that for people with a history of heart problems, even a 10 percent higher risk could be considered unacceptable, he added.

Are some NSAIDs less risky than others?

The FDA panel did not find strong enough evidence to tell for certain, but Lambert believes "there is good evidence that naproxen is the least likely to increase the risk of stroke and heart problems." On the other hand, he noted, "it is also one of the ones most likely to cause stomach bleeding," so patients need to carefully weigh risks and benefits.

(Video) Pill Identifier: Avoid a medication mix-up. Use our tool to identify pills by color, shape and markings.