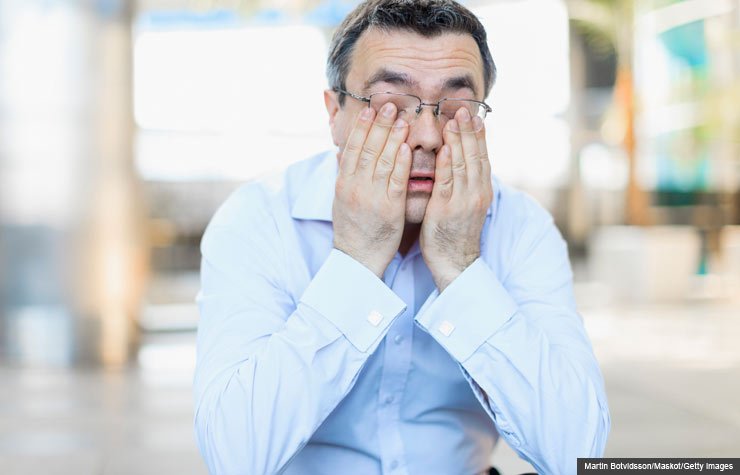 Using a sleeping pill at night can lead to drowsiness all day.

En español l If sleeping pills were the answer for a good night's sleep, we would be one of the world's most well-rested nations.

Doctors wrote nearly 60 million prescriptions (including refills) for Ambien, Lunesta and other prescription sleep aids in 2012, according to IMS Health, a health care technology and information company. That makes sleeping pills some of the most popular medications around.

The pills can help encourage sleep — at least in the short run — but older users should know that the medications come with some risks, says Michael J. Sateia, M.D., chief of sleep medicine at Dartmouth-Hitchcock Medical Center in Lebanon, N.H.

According to Sateia, people in their 50s, 60s and beyond tend to be more sensitive to the drugs and may be more likely to experience side effects such as drowsiness and confusion. "Older people should approach these medications with an extra dose of caution," he says.

In extreme cases, sleeping pills can send people to the hospital. In fact, more than 19,000 people ended up in the emergency room in 2010 after taking Ambien or other drugs with the active ingredient zolpidem, according to a recent report by the Substance Abuse and Mental Health Services Administration (SAMHSA). That's about a 200 percent increase in ER visits since 2005, a dramatic rise that mirrors America's growing reliance on sleeping pills. About three-quarters of the ER patients were 45 or over, and one-third were 65 or over, underscoring the dangers to older patients.

"Even if they're taking the drug exactly as prescribed, the dose can be more than they can handle," says Peter Delany, director of SAMHSA's Office of Applied Studies.

What's more, sleeping pills are often prescribed, especially to people over 50 because so many of them have trouble going to sleep or staying asleep, Sateia says. "Doctors will first try to reassure them," he says. "If reassurance doesn't work, doctors often resort to medication rather than alternative, non-pharmacological treatments."

A long and checkered past

Sleeping pills have a troublesome record. Older drugs known as benzodiazepines (such as Dalmane or Halcion) are infamous for causing drowsiness, sedation and addiction. As reported in a 2005 issue of the BMJ, people taking benzodiazepines for sleep problems are about twice as likely to be harmed by the drugs than helped.

Doctors and sleepless patients alike hoped that newer-generation drugs such as Ambien and Lunesta could promote sleep without so many side effects, but that hope has largely faded, says Nicole Brandt, associate professor of pharmacy at the University of Maryland.

Not only can Ambien and Lunesta leave people groggy and disoriented, but a few people taking the drugs end up walking, eating or even driving when they aren't fully awake. "There's a perception that these drugs are safer, but the potential for harm is still there," she says.

Sleeping pills and advancing age aren't a good mix for many reasons, Brandt says. Older bodies tend to break down the drugs relatively slowly, she says, which means the medication lingers longer than it should. That makes it more likely that a user will wake up feeling confused, groggy or unsteady on the feet — exactly the kinds of problems that many older people already face even without sleeping pills.

Complicating the problem is that people in their later years often take other medications that can potentially clash with sleeping pills, Delany says. In the SAMHSA study, over half of the ER visits were chalked up to combinations of zolpidem with other drugs such as narcotic pain relievers. He says patients can avoid such dangerous combinations by using a single pharmacy and talking to their doctor about all of the medications they take, including over-the-counter products.

Ambien and similar drugs work by increasing the brain's supply of GABA, a brain chemical that causes drowsiness.

Most people can handle tiny amounts of the drugs, but the risk jumps up dramatically with larger doses. In January of this year, the Food and Drug Administration halved the recommended starting dose of Ambien for women to 5 milligrams instead of the previous 10 mg. The recommended starting dose for men is now either 5 mg or 10 mg. And in May the FDA warned that people taking zolpidem extended-release (Ambien CR) should not drive or engage in other activities that require complete mental alertness the day after taking the drug.

Sateia suggests that older people of either gender generally start at 5 mg — or even less — and only after a long conversation about the risks involved. He adds that if they notice any worrisome side effects — such as sleepwalking or extreme grogginess — they should stop taking the pills immediately and discuss it with their provider.

Ideally, older people would avoid sleeping pills completely, says Adam Spira, a sleep specialist and assistant professor of mental health at the Johns Hopkins Bloomberg School of Public Health in Baltimore. "It's easy to take a pill and go to sleep, but it's a totally shortsighted approach with the potential for negative consequences," he says.

Spira notes that the more we learn from research, the more important good sleep appears to be for healthy aging. He speculates that people who get enough sleep may enjoy protection from the diseases that can come with passing years. But he says that instead of taking medications, people struggling with insomnia should find other, better ways to fall asleep.

Fortunately, there are many other options. For starters, Sateia says, patients and their doctors should try looking at the root of insomnia. Many common, treatable health problems can interfere with sleep. The list includes depression, anxiety, poorly managed pain, restless leg syndrome and sleep apnea.

Once a person is truly ready for good sleep, Sateia says it's time to learn the basics of "sleep hygiene." That means avoiding caffeine in the evening, going easy on alcohol, not napping during the day and keeping the bedroom dark, quiet and cool. But these are just the first steps.

According to Sateia, far too many doctors and sleepless patients give up if sleep hygiene alone doesn't solve their insomnia. "Tips for sleep hygiene are plastered all over magazines and newspapers," he says. "After people try that, they think they've tried everything."

When all else fails

To really solve their insomnia, many people need to fundamentally shift their attitude about sleep, Sateia says. As he explains, insomnia is often a self-fulfilling prophecy. "Before their head even hits the pillow, they've convinced themselves that they're not going to be able to sleep," he says.

Sateia says those expectations can be turned around with the help of cognitive behavioral therapy (CBT), a type of counseling that combines meditation and relaxation techniques with other proven sleep strategies.

One of the main goals of cognitive behavioral therapy for insomnia — also called CBT-i — is to reduce the amount of time that people spend awake in bed. That means not using the bed for reading and work, and getting out of bed if it feels like sleep isn't coming. If they can spend less time struggling for sleep, even hard-core insomniacs can feel more confident when they get under the covers.

And confidence, Sateia says, can be the best sedative of all. "We believe that everyone should go through a course in cognitive behavioral therapy before trying a sleeping pill," Sateia says. He adds that qualified practitioners may be difficult to find, especially in small towns. However, he says, new Web-based programs could help more people enjoy the benefits of the therapy. "There are no side effects to CBT-i, and the benefits can last for years," he says.

Chris Woolston is a freelance writer.