4 Reasons You Shouldn’t Shy Away From a Cognitive Screening 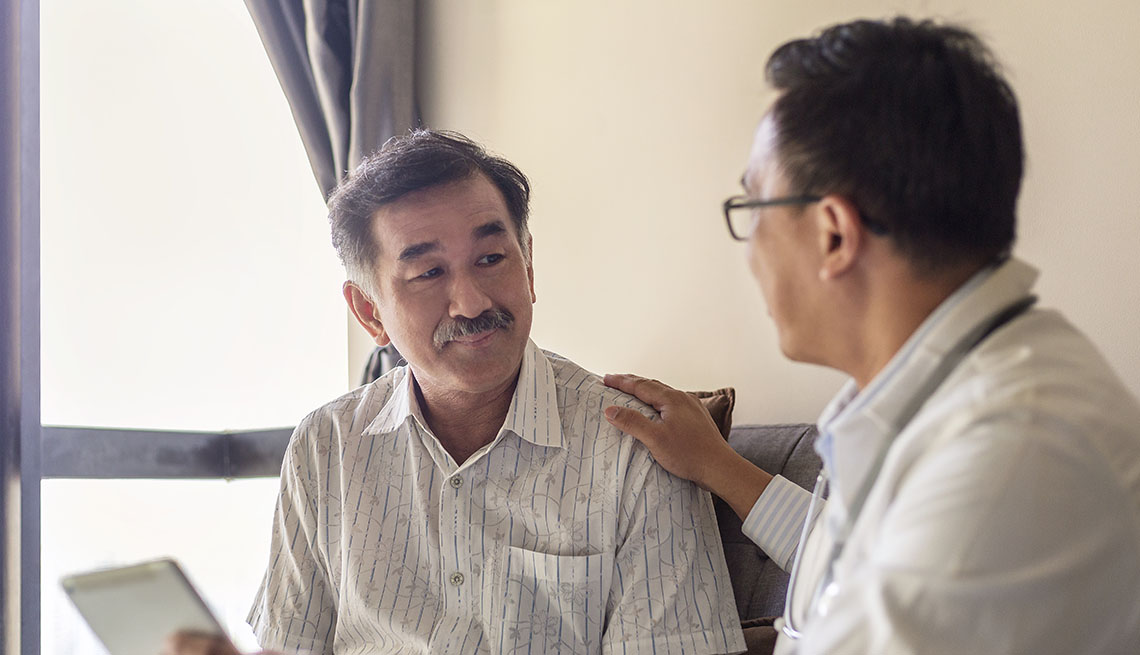 ﻿Think back to your last yearly wellness visit. Your doctor probably checked to see how your heart is holding up — but what about your brain?

﻿Quick tests that screen for thinking and memory problems should be part of this annual appointment, which is covered by Medicare, but research shows that not everybody is getting evaluated. A 2020 study published in the journal Health Affairs found that only about a quarter of surveyed Medicare beneficiaries received a so-called cognitive assessment at their annual wellness visit. And a separate report from the Alzheimer’s Association found that fewer than half of primary care physicians (47 percent) say assessing patients 65 and older for cognitive impairment is part of their standard protocol.

That said, 6 in 10 adults say they would be convinced to have their cognition evaluated if their doctor recommended it, AARP research found. And more than half of adults (54 percent) surveyed by AARP are in favor of having at least a baseline screening for dementia.

“Even if you aren’t concerned about having dementia now, schedule your Medicare annual wellness visit and ask for your cognitive screening,” says Sarah Lenz Lock, AARP senior vice president for policy and brain health and Global Council on Brain Health executive director. “That will give you a baseline so that you can notice changes over time and you can discuss ways to reduce risks to your brain health in the future.”

Here are four reasons why you should inquire about an assessment at your next visit.

1. The no-frills tests are quick

Evaluating a patient’s cognition — how one thinks, learns, understands, remembers, reasons and makes decisions — may sound complicated, but screenings done in the doctor’s office don’t require high-tech tools and take only a few minutes to complete.

There isn’t one standard test that’s given, says Sarah Kremen, M.D., associate professor of neurology and director of the Neurobehavior Program at Cedars Sinai Medical Center in Los Angeles. Rather, your physician might choose one (or a few) from several that are commonly used to check various brain functions.

A health care provider might recite three words and then ask the patient to repeat them back to gauge attention and short-term learning. A few minutes later, the patient may be asked to recall those words again.

Need some tips on how to talk to your doctor about your brain health? AARP has a downloadable guide to help you prepare for the conversation.​

Another common test during a routine assessment is to have the patient draw the face of a clock and even draw the hands to a specific time. This task requires several skills, from abstract thinking to visual construction, Kremen explains, but overall it shows how well a person can organize and execute a plan.

A simple math problem or question on current events may make its way into the screening. The screening could be even more informal: The health care provider may simply observe the patient or talk to their spouse or caregiver about changes in day-to-day abilities.

These tests don’t provide a definitive diagnosis, but they could signal that a more thorough evaluation is necessary. “If and when your provider has any concerns, Medicare covers a separate visit to more thoroughly assess your cognitive function and develop a care plan,” Lock says.

2. Symptoms may be treatable ﻿

If an initial screening raises some red flags, a follow-up will help your provider get a better idea of what’s causing the thinking and memory issues. It could be dementia, or it could be something else entirely.

Depression, sleep disturbances, a vitamin deficiency — even an infection — can cause symptoms that mimic cognitive impairment or early dementia, like trouble concentrating, remembering and learning new things. Unlike dementia, however, some of these causes are “eminently reversible” once they are identified and treated, says Ardeshir Hashmi, M.D., a geriatrician and section chief of Cleveland Clinic’s Center for Geriatric Medicine, “meaning the memory can actually get better.”

Medications are another big contributor to cognitive complications. Common culprits include opioid painkillers, benzodiazepines (tranquilizers) and over-the-counter drugs that contain antihistamines. The American Geriatrics Society keeps an updated list of drugs that older adults should avoid for this reason and others.

Some people avoid screenings due to fear of diagnosis. But if you do have dementia — and about 1 in 7 Americans (13.9 percent) over the age of 70 do — diagnosing it early is best.

One reason: A handful of medications may be able to help to temporarily improve your dementia symptoms, and “you want to have those medications on board early,” Hashmi says, to better your chances of benefiting from them.

What’s more, ongoing research shows that drugs being tested to hopefully stop or slow the progression of Alzheimer’s disease, the most common form of dementia, aren’t helpful in the moderate and more advanced stages. “The chance of these things working is going to be at the beginning,” Kremen says. “So it’s going to really behoove everybody — potential patients, primary care doctors — to jump on this early.”

A confirmed diagnosis also means access to medical benefits, more opportunities to participate in clinical trials, and a chance to plan ahead with friends and family. “Early detection is a very positive thing. It’s when we don’t bring this up and we let it languish for our own fears, when we give in to those, [that] it actually becomes damaging,” Hashmi says.

4. You can learn how to reduce risks

Bringing up brain-health concerns with your doctor paves the way for a conversation about how to reduce your risks for developing dementia in the first place. A few of dementia’s big risk factors are out of an individual’s control — take age and genetics, for example. But research has revealed that there are numerous things individuals can do — or stop doing — that may impact their odds of developing the disorder.

“We are used to a silver bullet, a medication that we’ll be able to take and it’ll reverse things,” Hashmi says. “And this is a little bit different. Here, the emphasis really needs to be on prevention because we don’t have a cure.”

Some of these lifestyle changes include:

“AARP research showed us that health care providers already understand that a healthy lifestyle can benefit older adults’ brain health but underestimate their patients’ willingness to change their behaviors. Health care providers will be glad to know that their advice can make a big difference,” Lock says.

10 Early Signs and Symptoms of Alzheimer’s

If you notice any of the following symptoms, schedule an appointment with your doctor.

“Our research also shows that adults are likely to engage in brain-healthy behaviors if they know it may help maintain their mental functioning. So getting evaluated is always a win-win situation because no matter the results, it gives people a chance to improve their health and well-being."

How to Stop Getting Distracted

Learn how to build concentration after 50